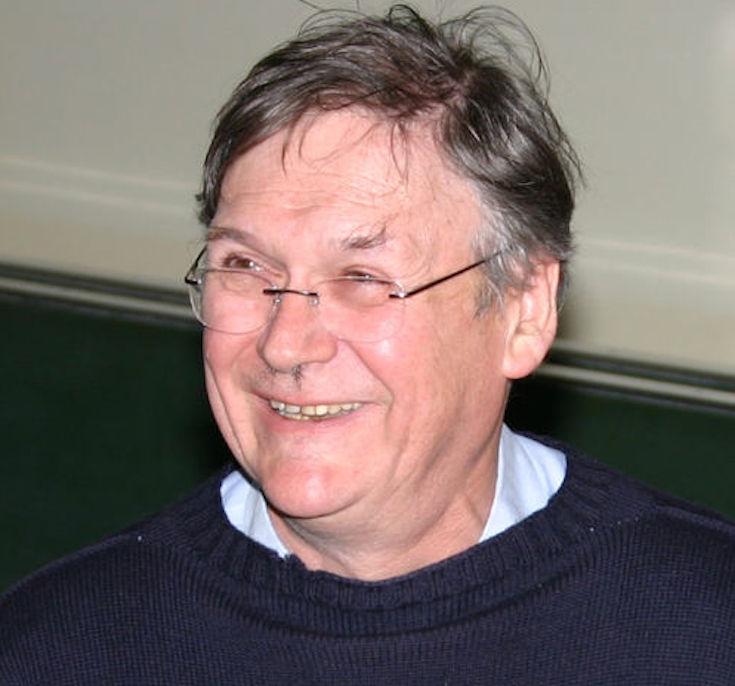 Is it just me, or are we all involved in at least one social media argument with someone who feels like Nobel Laureate Tim Hunt is the most recent victim of the epidemic of “Twitter bullying” and “public shaming”? I mean, it is just sweeping the planet and leaving no high profile white man untouched!

If you are anything like me, you are fed up with this perspective.

In case you missed it, Hunt was invited to address a room full of female scientists and journalists at the Luncheon with Female Scientists and Engineers. When he took the stage, this is what he said:

You could almost hear the eyes of women scientists rolling around the world. Many took to Twitter to crack jokes about how "distractingly sexy" they were when working in labs, handling chemicals or dressed head-to-toe in safety gear. Important conversations about how attitudes like Hunt keep women out of scientific fields ignited.

Here is where Hunt (who, by his own admission, has “a reputation as a chauvinist”) had the opportunity afforded to all rich white men who have made a mistake in public. He could have apologized sincerely, without reservation, and he'd be celebrated like many dudes before him.

But when Hunt offered an explanation for what he had said, this was the heart of it:

“I’m really, really sorry I caused any offence, that’s awful. I certainly didn’t mean that. I just meant to be honest, actually.”

These are hardly words of clarification someone who feels they have been misquoted, or sincere contrition from one who has listened to feedback and changed his perspective. On the contrary, this is doubling-down by a dude who is sorry everyone is upset, but doesn’t actually think anything he said was untrue.

Naturally, these words did little to reassure those concerned about the impact of sexism in science. Criticism continued online, and within days, Hunt resigned from various positions at science institutions around the world.

That brings us to the recent publication of a Guardian article wherein he and his beleaguered wife appear as a united front to sidestep his earlier self-identification as a chauvinist; to try to start a new narrative that political correctness has cost the world of science his amazing mind. They express no concern or understanding for the impact of his remarks, other than his wife’s clear embarrassment over the issue. Instead, they frame his career as being needlessly and prematurely over, as a result of a largely victimless crime.

Let’s unpack that a bit:

The positions Hunt held were powerful, if largely unpaid. He was able to influence who got grants, who got fellowships, and who got published. How can an admitted chauvinist do this in a way that isn’t detrimental women working in his field? How can women feel respected by institutions that keep Hunt in positions of high regard? How can we still be having this conversation in 2015?

As a scientist, Hunt should know about the impact of implicit biases in his work. While these biases exist within us all, good scientists should be committed to overcoming them. We get no sense that Hunt has any such commitment.

Let’s also keep in mind that it has been less than a week since his comments went public. Seeing him fall apart after such a short period of being criticized is pretty rich given his statement that women can’t handle criticism. This is, like, peak white fragility. I wonder if he has any idea how many people have suffered dire consequences for much less severe mistakes.

My bleak pep talk to Sir Tim goes like this: Dude, people still want to make movies with Roman Polanski. Give it some time and I’m sure the job offers will come back, especially if you manage to give even a marginally more sincere apology.

In the meantime, can we all refocus our concern? I am seeing concern about the loss to science represented by Hunt losing some honorary positions, but little discussion about the real impacts that sexist attitudes like his have on the world of science.

Let’s spend a moment with the results of a 2014 survey called Survey of Academic Field Experiences (SAFE): Trainees Report Harassment and Assault:

"Of the 142 men and 516 women surveyed, 64% said they had experienced inappropriate sexual remarks, comments about physical beauty, jokes about cognitive sex differences or other kinds of sexual harassment while doing fieldwork in anthropology, archeology, geology and related scientific disciplines. More than 20% reported that they had been the victims of unwanted physical contact of a sexual nature, including touching, physical threats or rape. Women (26%) were far more likely than men (6%) to report these problems.The study concluded, 'Women trainees were the primary targets; their perpetrators were predominantly senior to them professionally within the research team.'"

To me, this is the real outrage: The majority of women working in science have been victims of sexism and harassment. What does it do to scientific discovery when chauvinist scientists have created an atmosphere where women can’t work and thrive? What is the real cost of the loss of all of that work?

Maybe Hunt should work on trying to find concrete answers to those questions. After all, he’s got nothing but free time right now.

If you like this article, please share it! Your clicks keep us alive!
Tags
tim hunt
sexism
women
Guardian article
why it's bad
Women in STEM