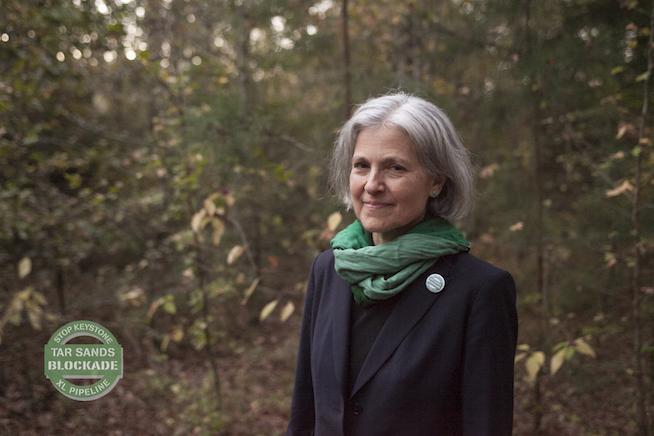 As the noise from the rhetoric of an ever-growing field of presidential candidates reaches an ear-splitting din, there is an announced candidate outside the two-party system.

Dr. Jill Stein, under the banner of the Green Party of the United States (GPUS), is bringing her message to disaffected voters throughout the country. This is her second time at bat for the Green Party, which has been gaining traction at the local level. As explained in Stein’s “Power to the People Plan,” she and the Green Party are reaching out to individual citizens to be agents of change within a political system that has failed to serve the populace.

Her environmental stance serves as the underpinning of her agenda, “A Green New Deal.” The goal is to “create millions of jobs by transitioning to 100 per cent clean renewable energy by 2030, and investing in public transit, sustainable agriculture, and conservation.”

I contacted Stein to learn more about her belief system and blueprint for moving the country in a different direction. In our phone interview, we discussed a wide array of topics. Stein frequently reiterated the phrase, “corruption of our political system by big money,” while peppering her responses with quotes from writer Alice Walker, Judge Louis B. Brandeis, and Frederick Douglas.

Stein’s evolution began in her work as a doctor of internal medicine. She started to examine the connections between health and the environment. Noting an escalation of asthma, chronic disease, obesity, diabetes, and learning differences in populations from young children to college age students, Stein questioned the “real drivers” of what she was seeing.

Diving into medical and scientific material, Stein’s findings about toxins found in the milk of nursing mothers concerned her. “It’s outrageous that the womb has been contaminated,” she said vehemently. “We have poisoned our own nest.”

Sharing her research was a catalyst for Stein. “People needed to know, and I felt a social responsibility to bring the information into the public realm.” Stein discussed about how mercury is “moving its way up the food chain through common place exposures to women of reproductive age, as well as to children who are more susceptible.”

Stein’s writings have been translated into numerous languages and used as templates by underserved communities who are pushing back against being victimized. “I’m now practicing political medicine because the only solution is to have a political solution,” Stein said. Underscoring the importance of environmental justice for communities of color, immigrants, and low-income, Stein stressed, “I would encourage them to run opposition candidates and make this political.”

The tag lines for Stein’s campaign are: “A New Society. A New Economy. #Its In Our Hands.” There is no ambivalence in her stance on the need to “avert climate catastrophe.” Stein has articulated an explicit opposition to the continuation of dependence on fossil fuels. This includes “bridge” options like natural gas obtained from fracking, oil from tar sands, and offshore drilling. Stein is against the practice of coal mountaintop removal, uranium mines, and the use of oil trains to transport fuel. Stein has asked for a “moratorium on GMOs and pesticides until they are proven safe” and is committed to maintaining the integrity of our water, parks, and public lands. When the subject of nuclear power came up, Stein stated, “Nuclear is a deadly solution.”

I questioned Stein about the disadvantages of running as a third party candidate. She pointed to two Gallup polls. A September 2014 survey showed that “58 percent of Americans believe a third U.S. political party is needed because the Republican and Democratic parties ‘do such a poor job’ representing the American people.” The second demonstrated that 42 percent of Americans identified their political affiliation as Independent.

Stein believes in the power of her message. “In my experience, all you have to do is get to the microphone. These ideas have been tested. People get it when they have a chance to hear it.” She is pushing for a place at the Presidential debates (sponsored by corporate entities), and is currently a plaintiff in the Our America Initiative(OAI) lawsuit against the Commission on Presidential Debates.

“The grassroots movements of integrity have to stand up to the political machines, of either party, that have sold out to the polluters. How close to dead are you going to be before you stand up? We are disempowering ourselves and putting our children on a sacrificial altar,” Stein voiced with passion.

Stein is looking to the future and rejecting the formula of voting for the “least worst candidate…It’s time for us to have a critical rethinking of the politics of fear — and move to the politics of courage.”

The mother of two grown sons, Stein is well aware of the legacy we are leaving the next generation. She pointed out, “Lesser evilism has a track record. And it’s not enough to save your job, your life, or the planet.”

If you like this article, please share it! Your clicks keep us alive!
Tags
jill stein
green party
presidential candidate
presidential campaign 2016
Stein 2016 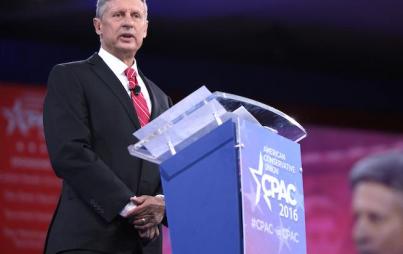 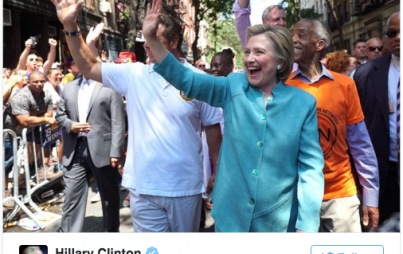 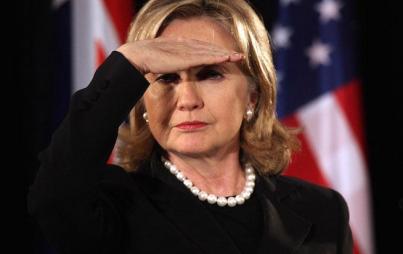 Are You A Political Rookie? Top Five Reasons 2016 Is The Year To Suit Up 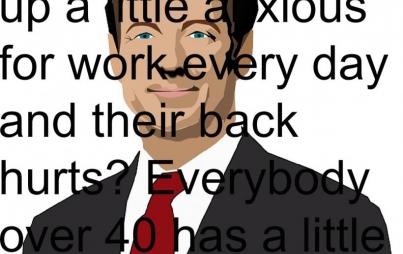 Rand Paul Is Running On Ableism