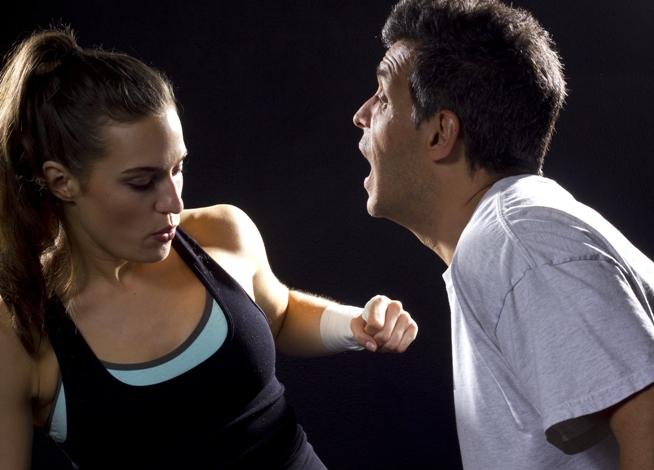 As someone who’s been a group fitness class attendee for the best part of 15 years, I’ve seen it all when it comes to instructors. The quiet ones who couldn’t motivate you to go to the bathroom if you were about to wet your pants, the over-performers who seem to be filling a void left by not making it into acting school, and my least favourite of all, the ball-breakers who train people like they’re on staff for the Navy SEALs.

If you’re a gym goer, you’ll know the type. Unnecessarily aggressive, with a tendency to set their vocal volume to 11 (sans microphone) and a penchant for lines like, “Do the exercise properly or I’ll make the whole class do it again.”

What are we? 12? I teach step class (yes, there are people still stepping outside of the 1980s) and while I get it pretty easy because there’s no one keener than a stepper, I also understand that if someone takes a breather, they know their body a hell of a lot better than I do, and screaming at them to “Get back up and finish the routine I’ve worked so tirelessly to prepare for you!” isn’t going to do anything for them or for me.

Yet I see this kind of teaching all the time, where instructors think it’s more about them than it is about the people in their class. Yes, it’s your job to motivate and no one is denying that’s a difficult task, but yelling is rarely the answer. You should be pushing people to their limits, but they’re the ones who know what those limits are, so if Joan up the back can only do 30 squats before she’s ready to keel over and die, let the poor girl sit out the extra 20 and give her a pat on the back for getting that far. You’re not doing dead lifts in front of a group of children who don’t want to do their homework. You’re in a room of grown adults who’ve not only paid to be there but have summoned the requisite energy to actually turn up in a world where most peoples gym memberships lay gathering dust in their wallets.

The thing that will keep people coming back is an environment where they have the opportunity to push themselves to the edge of their fitness while knowing that if they don’t manage to get there they won’t be screamed at by a Lycra-covered drill sergeant on crack. Plus you never know what the people in your class are walking into the room with. Maybe they’ve already run a marathon that day, or they haven’t eaten anything or they’re training through an injury when they shouldn’t be. No two people are alike, which is why you’re better off creating an atmosphere of “we’re going to get through this together” rather than “you people are pathetic, unfit scum.” So instructors, please lay off the abuse. It’s a privilege to stand in front of a group of people who want to get fitter and be the one who inspires them to do that. And just because you’re in a room with a kettle bell instead of a school bell doesn’t mean you’re not a bully.

6 Easy Ways To Turn A Standard Walk Into A Workout

The Fitness Myth We All Believe But Shouldn't