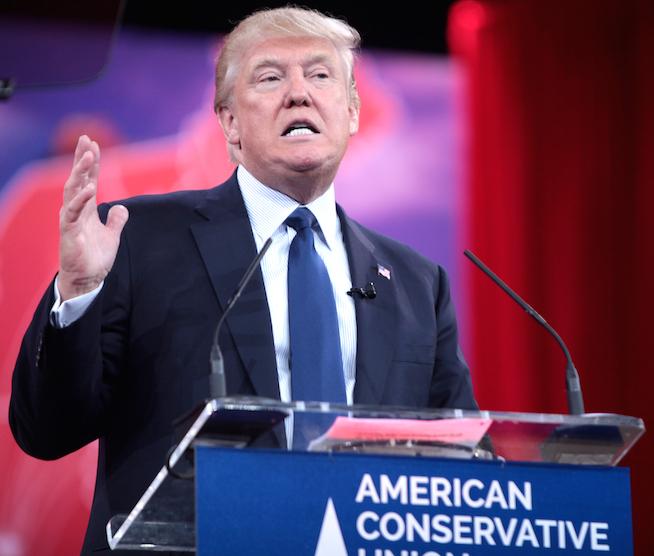 On Thursday night, 17 Republicans sparred in two debates for a record-breaking audience of 24 million, and 15 months before voting day.

On the main stage of ten male contenders, mansplaining abounded. We’ve taken the opportunity to rank the top Republican candidates in order of most to least egregious mansplainer. Here’s hoping Carly Fiorina makes it onto the big stage next round, and that Hillary Clinton can show everyone how to avoid mansplaining altogether.

1. Donald Trump: Without a doubt, Trump owned the night in mansplaining. His nasty comments about women should disqualify him outright, but we live in a truly strange world, so stay tuned.

Mansplaining: "I would be so different than what we have [Obama] right now." Yep.

"What I say is what I say." Thanks, Donald, for that clarification.

Substance to think about: "The insurance companies have total control of politicians."

2. Ted Cruz: The Texas senator was expected to kill it on the debate stage. By most accounts, his presence was a snooze.

Substance to think about: “China is waging cyberwarfare against America.”

3. Scott Walker: As governor of Wisconsin, Walker has a consistent record of decimating unions. His supporters were probably disappointed in his vanilla showing.

Mansplaining: “People across America want a leader who’s gonna actually listen to them.” Because too many of us have longed to be ignored . . .?

“I’ve got a position I think is good.” Well, if you think it’s good, we’ll take your word for it.

Substance to think about: “Before I came in, the unemployment rate was over eight percent. It’s now down to 4.6 percent."

4. Rand Paul  Paul, besides Trump, is the most unorthodox Republican candidate. He got a lot of press for taking on Chris Christie over NSA surveillance, though most pundits concluded he was bested by the New Jersey governor.

Mansplaining: “Only ISIS is responsible for their terrorism.” Oh, OK. We had been under the impression schoolteachers and ice cream vendors might be to blame.

“We shouldn’t fund our enemies.” D'oh!

Substance to think about: “He’s [Donald Trump] already hedging his bets on the Clintons.” (Paul is suggesting that Trump has no allegiance to the Republican party, a conspiracy theory gaining traction after Trump’s admission that he might run as a third-party candidate.)

5. Ben Carson: The Johns Hopkins neurosurgeon is a Tea Party favorite. He didn’t exactly stand out, with the exception of a great one-liner about Washington politicians having half a brain.

Mansplaining: "We have a debate here tonight.” ‘Nuff said.“The thing that is probably most important is having a brain.” You mean the future POTUS should be intelligent? Go figure.

Substance to think about: “The skin [race/ethnicity] doesn’t make them who they are.”

6. John Kasich: The Ohio governor had hometown advantage in Cleveland, and the audience let their love be known. Largely regarded as likable, his answers were rambling at times.

Mansplaining: “He’s [Trump] got his solutions; some of us have other solutions.” Glad to know you have some ideas of your own, John.

Substance to think about: In response to being asked how he would react if one of his children were gay: “Of course I would love that and accept that.”

7. Jeb Bush: The former Florida governor continues to struggle to prove why he’s the supposed frontrunner. He seems acceptably comfortable on stage, but lacks any semblance of enthusiasm.

Mansplaining: “I have to earn this.” After your brother’s stellar POTUS tenure? Say what? “In Florida, they call me Jeb.” And in Kentucky, do they call you Charles?

Substance to think about: “Florida’s low income kids had the greatest gains inside the country. Our graduation rate improved by 50 percent.”

8. Mike Huckabee: Did the former governor have an unfair advantage as an also former Fox host? Maybe. But he had pretty specific answers across the board, with little filler. He’s also the most likely to incite pro-choice advocates to rage.

Mansplaining: “Now, here’s the point, whose fault is it that the system [Social Security] is screwed up? Is it the recipients, or is it the government?” We’re usually about blaming the victim, but now we see the light!

Substance to think about: “. . . we can get rid of the Internal Revenue Service if we would pass the fair tax, which is a tax on consumption rather than a tax on people’s income.”

9. Marco Rubio: Most assessments ranked Rubio’s performance as one of the best. The Florida senator had consistently strong and substantive responses to policy questions, though his answer on abortion will be problematic if he can’t offer a better defense of his conflicting positions.

Substance to think about: “ . . . over 40 percent of small and mid-size banks that loan money to small businesses have been wiped out.”

Drinking game idea: take a shot every time you hear the phrase “the system is broken.” Make sure you’ve got Uber on speed dial.

Substance to think about: “We came in, we balanced an $11 billion deficit on a $29 billion budget by cutting over 800 programs in the state budget.” 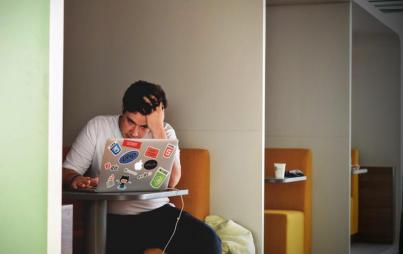