Working It: How Work Sucks For Everyone In America 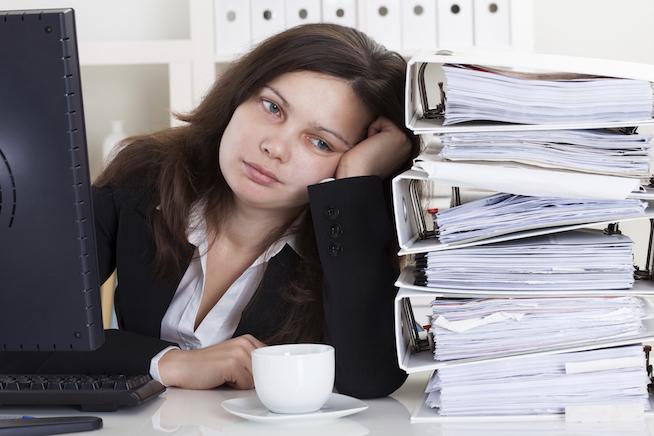 Americans spend too much time working and not enough time relaxing.

I truly believe that working a traditional 9-5 schedule chips away at your being.

The overinflated American work ethic is slowly killing us.

It’s constantly pushing us to do more — put in longer hours, check business emails on personal time, take calls from your boss when you’re chilling in Cancun. With iPhones, we can be reached 24/7 . . . but why should we be? Don’t we deserve down time?

Nearly 42% of Americans reported using zero of their 10 allotted vacation days in 2014. Why? You earned it! In contrast, our compatriots all over the world not only use their vacation days, they get much more of them than a piddly two weeks. Most get twice as many vacations days as Americans do. In Taiwan, the Netherlands, and Australia, employees get 28 days — and they take them all. Brits get 36!

I’m proud to say that I haven’t worked a normal full-time job in 20 years. And counting. It’s not that I don’t work my ass off as a freelance writer and editor. I do, but it’s for me. Me and my family. Because that's what really matters, right? You and the people you love. That’s what you work for, isn’t it? A better quality of life. Not to toil away in some corporate conglomerate hellhole that can scream “downsizing!” and let you go in a heartbeat (which is what happened to me).

But instead of boo-hooing, I worked it to my advantage and built up a freelance writing client base. As a self-employed literary Jill of All Trades, I’m usually at the computer by 7 a.m., in my pajamas. I probably put in more than 40 hours a week. I probably make less per hour than an In-N-Out counter worker. But I have something more valuable in exchange: my soul.

Plus, I love my job! I can’t wait to get to my laptop each morning, in said PJs.

Having a super-flexible schedule allows me to throw in a load of laundry between editing projects. I can take a breather from writing that news brief to go to a doctor’s appointment in the middle of the day when it’s not crazy-crowded. I can make the Culture Festival at my kid’s school without begging my boss. Because I am the boss.

I truly believe that working a traditional 9-5 schedule chips away at your being. "A girl’s gotta eat," you might say with reproach. Sure, but there are ways to “eat” without sacrificing the really important stuff — free time, family, chilling with your dog. We lose something when all we’re doing is working for the weekend. And that something is us. Your kids are taught life lessons by daycare workers. Your family eats substandard food because you don’t have a free second to grill the chicken yourself.

I’m a big fan of cobbling together a career by choice. In the Netherlands, roughly 77% of women and 27% of men and work part-time (less than 36 hours a week) — they place more value on family and free time there. The Dutch actually get money to have kids: Yes, the government gives families cash every month to help with the cost of raising a family. And in Australia the government gives out money to boost spending. In 2009, it was $900 . . . plus a $950 back-to-school bonus for families with little ones.

Why are we working our asses off in the US? What the hell is wrong with us?

Of course, it helps if one person in the family has a steady job (and health insurance!). In my case, it’s my husband. Peter has a firefighter’s constantly-changing schedule of 24 hours on, 48 hours off. Sometimes he has to work weekends, so if I worked a traditional 9-5 gig, we’d never see each other! When Peter works Friday night through Saturday, so do I. Then, when most of the world is toiling away on Monday and Tuesday, we’re traipsing in and out of uncrowded museums.

As for my career-cobbling, it’s sometimes a challenge. I might write blog posts, edit a caveman cookbook for Volossal Publishing, proofread an online textbook, craft a press release for an artist — and that’s just in one week. Sure, it’s not easy getting all of those moving parts to work, and sometimes it’s feast or famine, but the rewards are so worth it. I’ve got my sanity and I’ve got my soul. Maybe I’ll never get rich, but it’s definitely never boring. And I’m doing it for the best person I know: me.

So take a breather, look deep inside, figure out what you really want to do with your life, and do it, damn it!

If you like this article, please share it! Your clicks keep us alive!
Tags
work
stress
workaholic
self-employed

5 Signs Your Work Stress Is Decreasing Your Quality Of Life 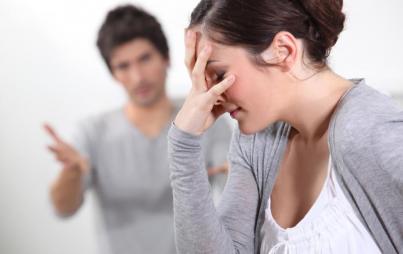 Is Your Partner Stressed Out? 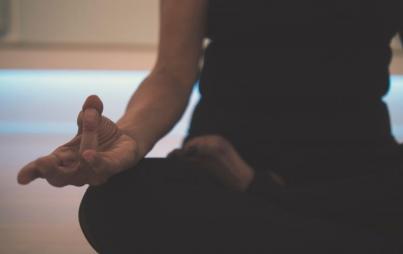 How Meditation Uncovered The Mystery Behind My Triggers​