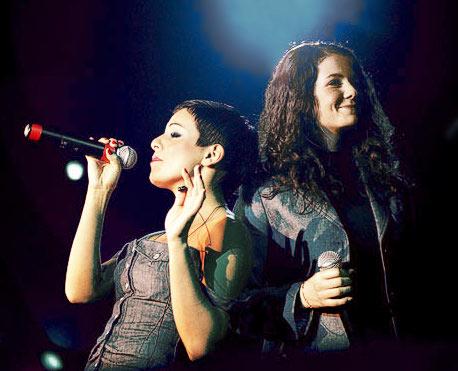 The Sochi Olympics have been a roiling roller coaster of emotions and controversy — and the games have only just begun.

The city was long in distress even before the chaos of the international event began pouring in. The worldwide uproar surrounding the 2014 Winter Olympic Games was set in motion by the anti-gay laws mandated in Russia last summer.

Since then, support for the games has been falling left and right, with even the (Obamas boycotting it) but at the pre-ceremony, one group in particular showed their one-love support by rocking Russia and the world at large.

Russian natives Lena Katina and Yulia Volkova, better known as t.A.T.u., stood up and sang in Sochi at Friday’s celebration, showcasing their solidarity with their LGBT fans once again.

Back in the early 2000’s, t.A.T.u. struck a controversial chord in America with a wave of Europop and lyrics that only thinly veiled their song’s girl-on-girl romantic intent. (And if the lyrics didn’t tip you off, their red-hot make out scene in the rain from the music video LINK of their hit song ‘All The Things She Said’ should have let you know where they stood on the issue of free love.)

It later came out that the girls were faux lesbians, but the duo were quick to let their fans know that their sexual orientation changed nothing about how they felt about equality for all.  t.A.T.u. still stands as strong advocates of the LGBT community.

The international athletes and the citizens of Sochi are sure to face more struggles as the games go on. But even amidst the homophobic turmoil of Sochi, t.A.T.u.’s performance serves as a shining beacon – and poignant reminder – of what the Olympics are really about: inspiration, hope, and overcoming any adversity that stands in the way of blindingly badass victory. 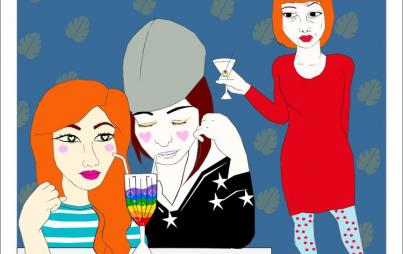 Ask Erin: Am I Overreacting To The Way My Partner’s Family Treats Me?