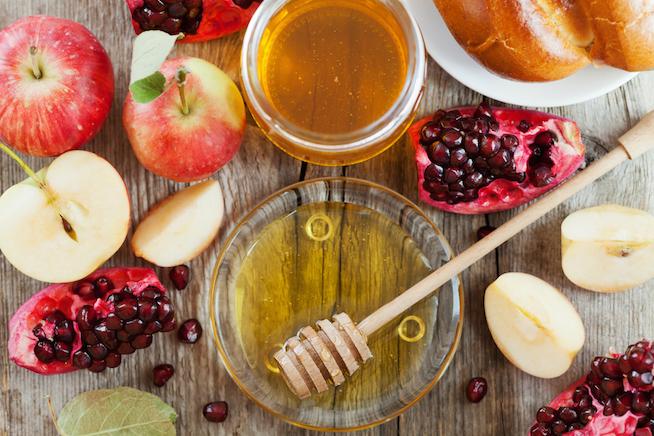 For this Rosh Hashanah, I am committing to relinquishing my Master of the Universe mindset.

One of the best things about celebrating the Jewish New Year is that it gives you nearly a three-month jump to get your act together before January 1st. It traditionally falls in September or early October, with all those other new beginnings like the crisp, fresh air that pushes out the humidity of summer. The holiday offers the perfect opportunity to reevaluate where you are going in your life, without the mass hysteria that accompanies the last weeks in December — the official end of the secular calendar year. It feels easier to set one’s goals amidst the lead off to a 10-day period that encourages — and in fact requires — serious self-reflection (if you do it right).

For this Rosh Hashanah, I am committing to relinquishing my Master of the Universe mindset.

This point of view is in no way to be confused with what is associated with the male Master of the Universe template, best defined by the big suits on Wall Street, captains of industry, or politicians. This is a female version, based in emotion, which resides in the roles of daughter, mother, and wife — as I “learned” them. It also encompasses all those other spaces where women think they have to control everything or, quite simply, the world will fall apart.

This is a full-time job, both exhausting and emotionally draining.

To move forward on this course and accomplish the mission is a tall order. It will require intense concentration on my part, as well as relentless self-monitoring. I’ve flirted with the concept for years, but now I’m downright serious.

Why? The simple response is because to not do so is self-defeating. More definitively — it takes a toll.

A friend of mine, who self-identifies as a life coach, repeatedly tried to push a concept on me termed “self-care.” I always thought it was her version of wrapping selfish behavior in an appealing package, tied up with a bow of convenience.

My resolution borrows from that premise, but it is rooted much deeper than just doing what is best for my own physical and mental health. It’s built upon the concrete realization that I can’t control anything — from the behavior of the people in my immediate family to world events. The former feels overwhelmingly frustrating, and the latter is merely futile.

Therefore, I am going to greet the New Year with a novel outlook.

When the shofar blows I will once again renew my internal pledge to accomplish what I can, in my own little corner of existence, to promote tikkun olam — what’s known in Jewish tradition as “healing the world.”

However, I will embrace and acknowledge the fact that I cannot make things better for a family member who is gravely ill, nor can I change the way he deals with his situation. I will work hard to come to grips with the reality that I cannot protect my child, who has now reached legal adulthood, from the multitude of dangers and tribulations that life will throw at him. I will engage the understanding that friends have been shaped by their own personal history, influencing their behavior, and look at them through that prism.

This endeavor means melding my efforts with the hope that my brain’s neuroplasticity will recreate and transform the current pathways of response.

Worst-case scenario . . . if I don’t get viable traction over the coming months, I can always reboot in January.

If you like this article, please share it! Your clicks keep us alive!
Tags
Rosh Hashana
jewish new year