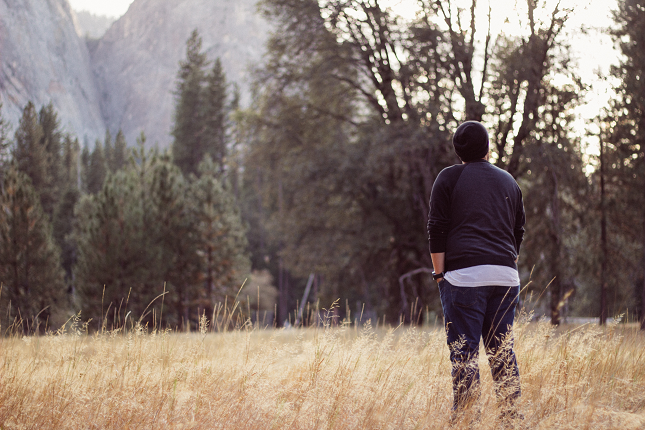 We are constantly told about the dangers of being “overweight” but, in reality, any weight can be a problem if the behaviors that someone has to maintain it are unhealthy.

It’s the start of the year. Given the predictability of the media, diets, detoxes and weight loss are taking up huge amounts of column inches.

Implicit (and explicit) in all these articles is the idea that being "overweight" is unhealthy. That fat is dangerous. That anyone who cares about their health should be making a concerted effort to battle the bulge and get in "shape."

The basic premise being that weight in and of itself is a problem and that if we can get it off (by whatever means) our health will improve.

Added to this idea is the importance of weight outside of the realm of health. For women in particular (although it’s becoming more important for men and others as well), there is the notion that weight and appearance are directly connected to self-worth. That regardless of what you do in this world, your appearance trumps or overshadows these accomplishments.

This translates to people of all sizes worrying about their weight. And, like never before, trying to do something about it.

This "something" normally involves a focus on diet and exercise. And because words like "slow and steady" and "sustainability" are the antithesis of what people are after, these diet and exercise behaviors are normally taken to the extreme.

Changes to someone’s diet or exercise habits can lead to improvements in health. I’m a nutritionist, so I truly believe in the power of food and keeping healthy habits.

Unfortunately, the changes most make aren’t really about health (even if people kid themselves and say they are) but are instead about changes to weight and aesthetics (usually coming at the expense of someone’s health).

In reality, weight is a pretty poor predictor of health. You can have people along the whole weight spectrum who are healthy, just as you can have people the whole way along the weight spectrum who are unhealthy. People always attack comments like this and say, "Well, how can someone be skeletally thin or weigh 400 pounds and be healthy?" And at these extreme ends of the spectrum I’d say that it does become increasingly unlikely that these people are healthy. But, just like all weights along the spectrum, someone’s health is determined less by the number on the scale and more by the habits they keep up. The idea that "weight" is only a problem when it is too high (or drastically too low) is wrong. Someone’s "weight" can be a problem at all different levels.

You can have a woman who is a size four (US) or size eight (UK) who naturally sits at this weight. They eat normally, they exercise regularly, and this is where their body chooses to sit. They don’t do anything in particular or anything special to keep them at this weight.

You then have another woman who is a size four (US) or size eight (UK) who doesn’t naturally sit at this weight despite being able to maintain it...but the only way they can keep this up is through extreme behaviors.

They are hitting the gym every day, despite feeling exhausted. They are keeping their calories low, fighting against hunger on a daily basis. They avoid fat or carbs because these foods are "fattening." They are riddled with symptoms, everything from trouble sleeping and heartburn through to losing their period a year ago and it being MIA ever since.

If this person were to go to the doctor or ask a friend, they would most probably be told they are at a healthy weight. If they were to look up their BMI, they would fall into the "healthy weight" range.

But is their weight really healthy? I don’t think so. If someone has to keep up extreme behaviors that are leading to symptoms, how is this healthy? Their weight isn’t healthy because what they are doing to keep it there is damaging their health, not supporting it.

We are constantly told about the dangers of being "overweight" but, in reality, any weight can be a problem if the behaviors that someone has to maintain it are unhealthy.

Too much of our focus these days around health is on weight, as if it is this fantastic predictor or yardstick that determines how healthy someone is. But in reality, it’s not the effective indicator that we make it out to be. Worse than this, if we use weight to instigate behaviors under the guise of health that are actually unhealthy, then the focus on weight becomes damaging in of itself.

As a nutritionist, I think lots of people could benefit from focusing more on their health. This includes those who live a life of little exercise, late nights, and diets devoid of fresh fruits and vegetables and made up largely of fast food.

It also includes those who spend their days worrying and agonizing over every morsel of food that passes their lips. This includes those racked with guilt for not exercising enough, despite spending so much time at the gym they are considered a permanent fixture.

What we really need is a better definition of health. One that is less about weight and more about the broader idea of what health is really about.

It’s about finding joy and happiness. It’s about feeling good physically, mentally, and emotionally. It’s about eating foods that support your body, whatever those foods may be. It’s about keeping up exercise that you enjoy. It’s about doing something you are passionate about and that inspires you. It’s about knowing that your food or exercise choices don’t make you a "good" or a "bad" person.

And all of this can happen regardless of what someone weighs.

If you like this article, please share it! Your clicks keep us alive!
Tags
#ditchthediet2016
Body Positive
nutrition
health

Why "If I Can Do It, Anyone Can" Is A Load Of Crap
Chris Sandel