I’m Not A Stay-At-Home-Mom, I’m A Queer Housewife, Thanks 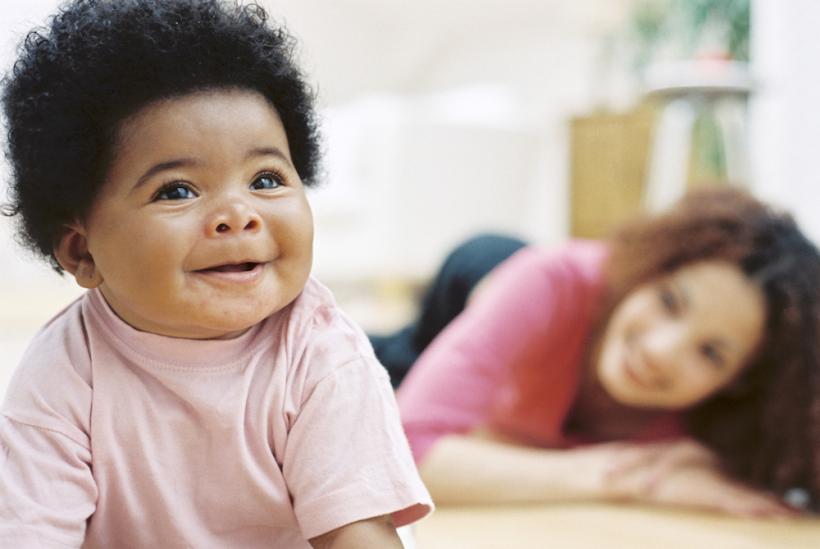 Pretty much nobody wants to be called a housewife. Pretty much everyone agrees that it’s degrading to spend your time doing housework. Housework is the ultimate invisible labor.

I’m on my third cup of coffee, and I’m writing in my pajamas while I eat cereal off my son’s baby jeggings.

I write, and read, about parenting pretty much every day. I have a teeny-tiny blog where I share my thoughts on being a queer parent and parenting in a queer way.

I write for online publications (such as this one!); and, like most millennial moms, I am unapologetically glued to my phone, constantly looking up things about my kid’s developmental state and looking for parenting camaraderie and what not.

So I read a lot about stay-at-home moms (“​SAHMs,”​ on the forums); you would think that I would relate to them and find some comfort in that label. After all, just look at me. I’m married, and my wife works full-time in a restaurant. I do not work outside of the home —​ which is a very polite way of saying that it’s 11:30 AM, I’m on my third cup of coffee, and I’m writing in my pajamas while I eat cereal off my son’s baby jeggings.

But I’m not a stay-at-home mom, and that distinction is actually really important to me.

The problem with all of this for me personally, is that there is a whole other kind of women’s labor that we are further delegitimizing and invisibilizing when we use this language.

One of the most insidious things that patriarchy does is the complete and utter devaluation of anything that is considered “women’s work.” Not only does patriarchy limit what women (and all trans and nonbinary folk) can do in the world, it also takes what we do manage to do and tells us it isn’t worth anything.

And because this is a capitalist society, that often manifests in the form of money. If a form of labor tends to be done by people who are not white cisgender men, you can bet that it will either be unpaid or paid very poorly.

We see that with childcare, and the education of very small children (which is often viewed, incorrectly, as little more than childcare). Despite other advances towards greater gender equality, childcare remains almost always either unpaid women’s labor, or low-paying women’s labor. And then, of course, because we place value on things based on money, that labor becomes invisible. Women who stay home to care for their children — whether they do so because they want to or because they have to — are often referred to as “unemployed.”

So it makes sense that women who identify as mothers and do not work outside of the home because they are engaged in the work of childcare all day, every day, would want a title that seems to reflect that. “Stay-at-home mom” makes a certain amount of sense, especially for those who chose to either end their careers or put them on hold because they feel called to the work of raising their children.

I’m happy that they have a way to say “Actually, I do work;” and as we see gender equality progressing slowly but surely, I’m thrilled to see more and more stay-at-home dads join the ranks.

The problem with all of this, for me, is that there is a whole other kind of women’s labor that we are further delegitimizing and invisibilizing when we use this language. That is why, regardless of how my parenting hours and other hours may break down, I prefer to call myself a housewife.

Pretty much nobody wants to be called a housewife. Pretty much everyone agrees that it’s degrading to spend your time doing housework. Housework is the ultimate invisible labor.

Housework is supposed to just happen in the margins; it’s supposed to be something we all magically have time for after our more important work is over. And in heterosexual nuclear families, even when both partners work outside the home, the brunt of that labor falls on women.

And anyway, I don’t want to be a stay-at-home mom. My son has two moms, and I don’t ever want to imply that one of us is more important as a mother simply because of our work situation. We are actually working our asses off to make our parenting equal and equitable, and the dichotomy of Stay-At-Home Mom vs. Working Mom makes me incredibly uneasy.

We both work. We both parent. My wife’s parenting is just as important as my parenting; and the fact that, right now, a lot of the work that she’s able to do happens to be outside of the home, has absolutely nothing to do with that.

For me, letting myself identify as a housewife first is a radical stance. It is saying that I refuse to make the homekeeping work that I do less important than any of the other work that I do. It’s attempting to take back a term that has been used to devalue women and keep them in their place.

So yes — on many days you will find me sitting on the living room floor with an eight-month-old baby reading "Counting on Community" for the twelfth time.

But I’m not a stay-at-home mom, I’m a queer housewife. Now all I need is a cute apron.

If you like this article, please share it! Your clicks keep us alive!
Tags
queer
lesbian
housewife
stay at home mom
SAHM
patriarchy