Why We Fear The Feminine… And How To Stop 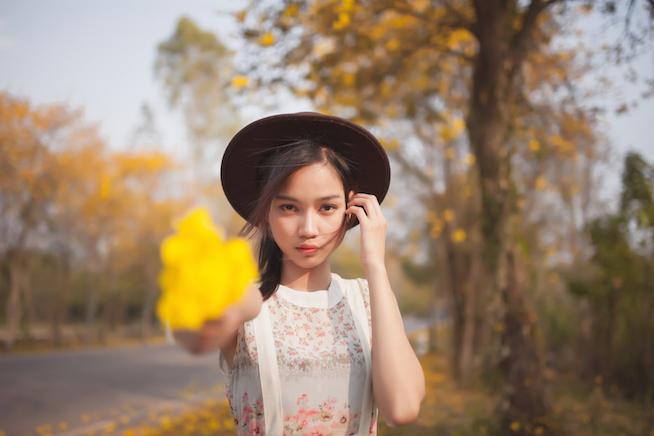 The feminine is usually depicted as  less than — only good for being objectified or scoffed at.

Hello, my fellow human raised in a patriarchal society!

Today I want to talk about the feminine.

I have a confession: Until recently I didn’t even know what “patriarchal society” meant. Yeah, I’m one of those feminists who grew up believing I didn’t need feminism.

But... then I had an eating disorder for 10 years and believed I was too ugly and curvy to be taken seriously, all the while subconsciously stressing that I didn’t know any straight men to marry and take care of me (which I needed, of course, because I would probably never make much money).

I know, I know. What the hell?

As I slowly climbed my way out of that mess, I realized that one of the things I was experiencing was a deep need for feminism (and nachos... but that’s unrelated).

I’m on the other side now. I’m an anti-diet writer, mentor, and business owner who doesn’t cook (much).

But still, how did this happen in the first place? If that is how an educated and privileged woman can grow up thinking in America in the early 2000s…? Sorry, but there’s more work to be done. Because those ideas weren’t being pushed on me by my family (they’re traditional, but I went to a “feminist” all-girl private school).

Instead, I absorbed the influence of patriarchy from every corner of our culture. I soaked up a fear of the feminine just from the media and the conversations women (and people in general) have.

What I was experiencing was a subconscious disdain for the feminine. You’ve heard how closeted gay men can be the most homophobic? Yeah. It’s that deep fear of oneself. I was super self-hating.

And why?  Well, think about it: The feminine is usually depicted as less than — only good for being objectified or scoffed at.

Plus, all those emotions we supposedly excel at? That lightness? That softness? Embarrassing.

When we cut ourselves off from feminine energy we lose our ability to fluidly move and adapt to our circumstances, to be receptive, and connect with creative inspiration.

That’s why I think the patriarchy is uncomfortable with effeminate gay men (“Why would a man want to be feminine?”). That’s why feminists point out that women have to adopt stereotypically masculine behaviors (like assertiveness, aggression, and dominance) just to be taken seriously.

And just like you may have heard, this fear of the feminine serves neither women nor men — it serves no one, of any gender. Because it doesn’t allow women to be their full selves — but it also doesn’t allow men or people of other genders to be their full selves either. We all have traits that are considered masculine and feminine within us, and in order to function wholly, we need to be embrace our abilities without having to worry about conforming to gender norms.

It’s like the yin-yang. That symbol all my friends and I used to draw on our notebooks in 4th grade. Yin represents the feminine. Yang is the masculine. A little simplistic, yes, but they balance each other.

When we cut ourselves off from energy that is typically gendered as feminine, we lose our ability to fluidly move and adapt to our circumstances, to be receptive, and to connect with creative inspiration. Instead of feeling peaceful and rested, we become rigid, agitated, and overextended. There is a feeling of continually needing to keep moving and keep doing. In the bigger picture, that’s partially what’s been leading to corporate greed, environmental destruction, and constant war.

On the flip side, when we cut ourselves off from our so-called masculine energy, we have a hard time creating the experiences that we want in the world. We lose sight of our goals, and lose inspiration to create the things that we want for ourselves.

So, besides the (small) fact that women are people who deserve autonomy over their own bodies and life choices, the planet and our global society as a whole needs an infusion of not only feminism, but the feminine. It’s not to REPLACE the masculine, it’s to exist and create with it side-by-side.

From one ex-non-feminist to you, here are a few more things I’ve learned about our society’s strange relationship with the feminine:

1. You can be feminine and be a feminist.

There is no reason why in order to be taken seriously we should have to behave in a masculine way. That implies that femininity is inferior.

It can be equally as effective to be intuitive, slower, heart-based, and open.

(That is not to say that all women are always intuitive, slow, and heart-based… just that anyone can benefit from these qualities, regardless of gender.)

3. Our fear of weight is partially a fear of the feminine.

Fear of our bodies, fear of boobs, and hips, and curves.

Fear of the things that supposedly makes us women (which leaves out cis and trans women who don't have enough or the right curves) and therefore weaker and lesser.

Of course, femininity is not lesser. At ALL.

But along the way, we learned that there is something dirty and embarrassing about being a woman with a body. Time to let that shit go.

4. You can be feminine and successful.

Look, you don't have to solely operate under what are considered "masculine" principles to get shit done or succeed in your arena.

In the book Playing Big, Tara Mohr suggests that though women are equal on paper, the societal, governmental, and business structures in place were designed by men and for men, and thus, are largely imbalanced with masculine energy and principles. So an important step is to have those structures recreated in a way that honors both masculine and feminine principles.

5. You can be feminine and be powerful.

Some traits of the feminine include intuition, emotion, empathy, and compassion.

Those are fucking super powers. There is a whole new paradigm of women creating businesses that are run with the principles of the divine feminine.

All right! Go forth and infuse the political and business world with the healing energies of the feminine.

If you like this article, please share it! Your clicks keep us alive!
Tags
patriarchy
feminine
femininity
feminism
gendered traits