‘Feminist Princess’ Doesn’t Have To Be An Oxymoron 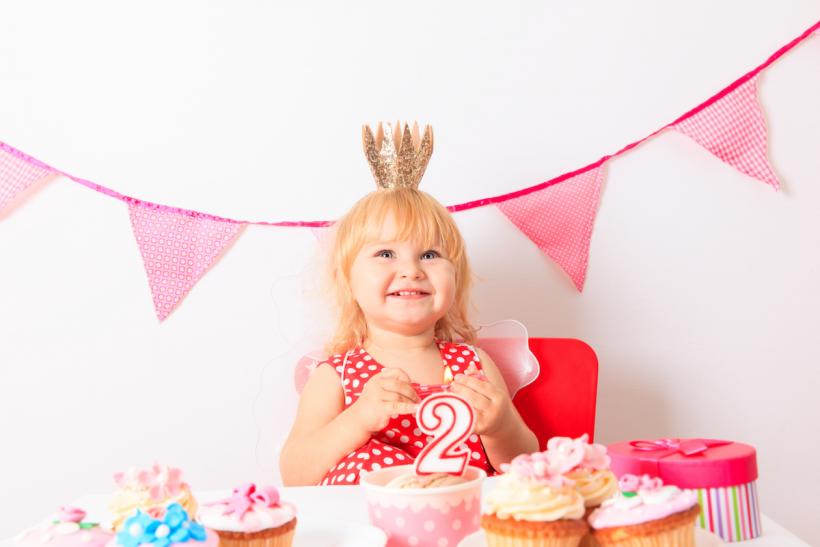 I am helping her embrace her femininity by letting her be nothing other than whoever she wants to be.

“There's nothing inherently bad about being femme; problems arise when we try to enforce femininity on people as a means of oppression.” — Anne Theriault

When I found out I was pregnant, I put a lot of thought into how I could avoid forcing conventional gender norms on my child.

We chose a gender neutral name.

We did not announce the sex of our baby, not before she was born and not after.

It was important to me that my child decide her likes and dislikes — particularly around her gender presentation — for herself.

By the time she was 10 months old, she was already letting her preferences be known, always picking the feminine outfit when given a choice. And so, we dressed her in the pink and the flowers, because she picked them out. Soon, she was pulling anything with sequins and tulle off the racks at the store.

Then, when she was 1, her godmother gave her a plastic cup with the characters from Frozen on it. She’d never seen the movie, but I told her the names of Elsa, Anna, and Olaf, who were all on the cup. She loved the cup. Carried it everywhere with her. Slept with it in her crib. “Elsa!” she’d shriek.

When we went to the store, she recognized the characters on the shirts and toys, because of her cup. All princesses became “Elsa.”

And she wanted them all.

Over the course of the last year, she’s only become more princess-focused. She owns several princess costumes, which she wears almost every day, requesting them the minute she wakes up. She has socks with Frozen characters on them, and she asks for them and only them. She has a crown. She wears bows in her hair by request and will only wear her “pink shoes.”

As we approach her second birthday, I thought about what kind of party she would get excited about when she walked in (she's still too young to understand the concept of a party or to ask for a specific theme).

The answer was obvious — a pink princess party, complete with paper goods featuring Elsa, Anna, and Sofia the First.

I want to embrace my daughter’s love of all things femme, because she’s never happier than when she’s wearing two princess dresses at once.

As a feminist, I often find myself conflicted about my daughter’s love of all things stereotypically feminine. On one hand, I support whatever she wants because it’s her choice. Of course, just because someone chooses something doesn’t make that choice a feminist one — our decisions and preferences don’t occur in a vacuum and will of course be influenced by the (patriarchal) society we are surrounded by.

On the other hand, I want to push back against the devaluation of femininity, as Anne Theriault so eloquently wrote: “We should be teaching all kids that wearing skirts and loving pink and wanting cuddly baby dolls are totally cool and fine ways to be. There's nothing inherently bad about being femme; problems arise when we try to enforce femininity on people as a means of oppression.”

It’s the same question Audra Williams addressed when she wondered why “gender neutral” always means masculine-leaning — that it’s OK for girls to adopt traditionally masculine aesthetics and interests, but it’s still taboo for boys to embrace the traditionally feminine.

I want to embrace my daughter’s love of all things femme, because she’s never happier than when she’s wearing two princess dresses at once. She deserves to twirl and feel pretty, if that’s what she wants.

But I also want to shatter the narrative that princesses are rescued by Prince Charming, so I’m complicating the narrative with the books we read and the stories I tell her.

We have a book called My Princess Boy, which is about a young boy who loves to wear girly things. It is my daughter’s favorite, and she calls the book “Elsa Boy.” We also have The Paper Bag Princess, in which the princess decides she doesn’t need a prince who doesn’t love her for who she is, and that she’d rather be alone. We read Interstellar Cinderella, in which the heroine decides to become the prince’s mechanic when she realizes she’s too young for marriage.

And then, of course, there’s the way I talk to her about princesses. I never tell my daughter she looks “beautiful;” instead, I tell her that her dress is beautiful. I explain that Elsa is not a princess, but a queen, which means she is very important and holds a position of power. I tell her that with power comes responsibility, and if she is going to be a queen, she needs to think about how she can be just and fair and wonderful to the people she has power over.

She, of course, doesn't understand all of this yet, but she will.

And so, because I love my daughter, I am doing the thing I swore I’d never do — I am planning a princess party for her. I am doing the thing that will make her happiest. I am helping her embrace her femininity by letting her be nothing other than whoever she wants to be.

And next year, who she wants to be may be totally different. But if not, that’s OK, too. It turns out that “feminist princess” isn’t the oxymoron I once thought it was.

If you like this article, please share it! Your clicks keep us alive!
Tags
feminism
toddler
princess
gender neutral