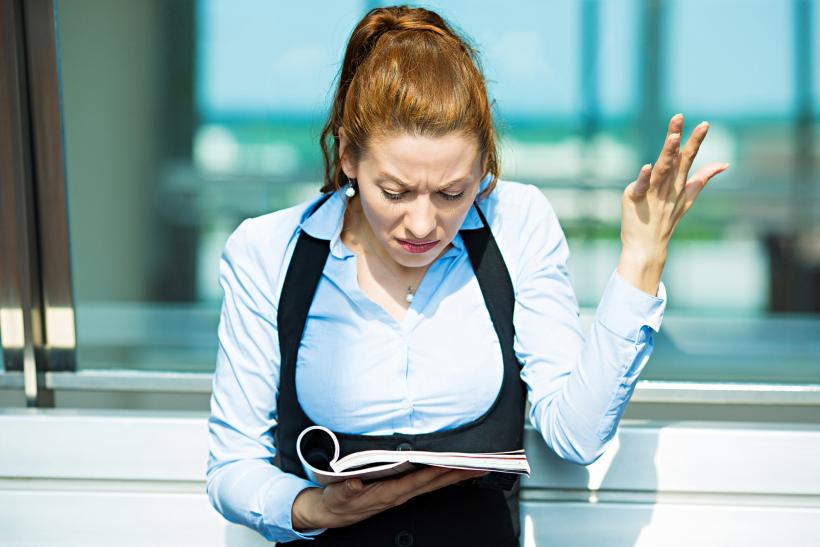 Criticism of women’s magazines contains many shades of sexism.

A video called “The Ugly Truth about Women’s Magazines” made the rounds of my social media circles a few months ago. You’ve probably seen it. If you haven’t, I’ll wait.

The video shows someone ripping all the ads out of a woman’s fashion magazine to demonstrate how little content was left afterwards. It has over 15 million views on Facebook and was made by a man. While masquerading as woman-positive with messages like, "You choose what makes you attractive," it accused women’s mags of being nothing more than product catalogs. Several of my female friends shared the video with self-righteous comments like, “This is why I don’t subscribe to Vogue!” and the like.

Because here’s the deal: this criticism of women’s magazines contains many shades of sexism. There’s the implication that to care about fashion, make-up, or beauty is vain and a waste of time. It also assumes that the women who subscribe to those magazines (full disclosure: I subscribe to Redbook, Allure, Glamour, and marie claire), don’t want to see all those ads. In speaking for us rather than to us, the maker of the video and those who criticize these magazines are taking a patriarchal and patronizing role. One can only assume that if it truly offended us we’d just… cancel our subscriptions?

When not attacking us directly for the supposedly frivolous pursuits of fashion and beauty, critics will sniff that, “They’re just trying to sell you stuff.” And why are you assuming that I don’t want them to? I devour Allure’s annual Best of Beauty, circle what I want, rip out the pages and head to Sephora every year.

When my son asks me why I love make-up so much, I tell him it’s like playing with crayons for grown-ups. He thinks I'm having fun when I put it on — not that I'm insecure.

He’s even been known to point out that I forgot my highlighter and tell me I need to sparkle that day.

Magazines have had to shift in order to survive. And they have done so in response to demand from their predominantly female subscribers. Not because some guy took it upon himself to speak for us.

Why do I believe it’s rooted so strongly in our gender? Because there is not the same assumption made about men’s magazines. Flip through GQ and you’ll find ads for watches, ties, and sneakers. Men’s Health features ads and articles on dietary supplements and cars.

The fact that they face far less criticism than the pink side of the newsstand is a clear indication that those who criticize women’s magazines do so out of a misplaced sexism that they have yet to identify within themselves.

Granted, diverse representation of races and body types has been and continues to be an issue. But it’s getting better. A study by Fashionista found that cover star diversity grew by 15.5% in 2016 versus 2015 — to 35.3%. When measuring diversity, looking at cover models appears to be the standard — I was unable to find any statistics about the inside content’s diversity. Flipping through magazines I’ve been reading for over ten years, though, I’ve noticed an increase in models of different sizes and shapes. Glamour has added a Plus-size column. Allure has run pieces on skincare products for women of many races, not just blonde white girls. These are not your mothers' women’s magazines.

These changes in women’s magazines — both in terms of content and representation — have come about because of reader demand. Women are capable of speaking for ourselves. We can express our displeasure in online forums and on Facebook pages, or through cancelled subscriptions. Bloggers hold magazines responsible when they get something wrong — like when Allure ran a piece in 2015 on how white girls could get afros — and the feedback on Twitter can be almost instantaneous. Magazines have had to shift in order to survive. And they have done so in response to demand from their predominantly female subscribers. Not because some guy took it upon himself to speak for us.

Now if you’ll excuse me, I have some subscriptions to renew.

If you like this article, please share it! Your clicks keep us alive!
Tags
feminism
sexism
magazines
criticism
women's magazines