The Silence Breakers Were Never Silent — We Just Weren't Listening 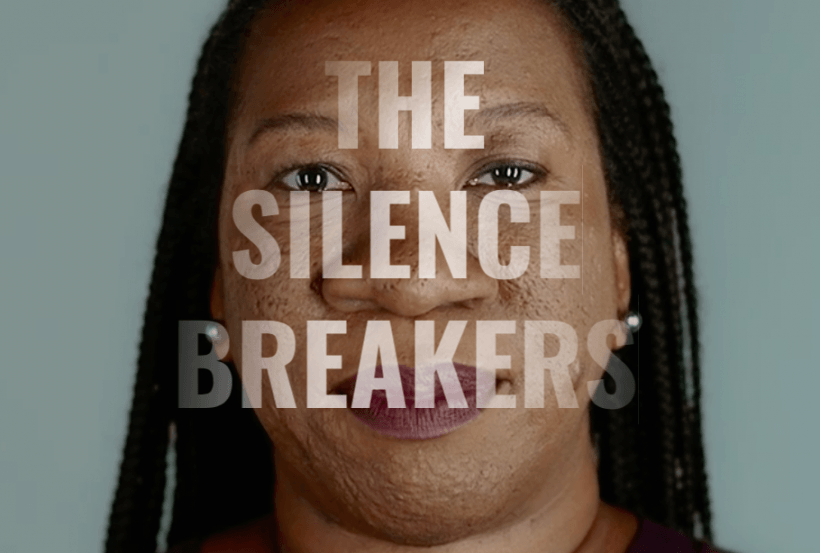 Tarana Burke is the woman who started the Me Too movement. We owe much of this movement to her efforts and activism.

While they’re all in the entertainment industry, they’re not names you might have lumped together prior to these past few weeks. Now they are inextricably linked by accusations of rape and assault, sexual harassment, and intimidation.

Many have been shocked by this wave of allegations, but some of us are just nodding our heads and saying, “Of course.”

Like every woman I know, I’ve been sexually harassed at work. My first experience was when I was sixteen and working at a popular craft store chain. My male assistant manager, over 25 years old, walked behind me one night when I was stocking the shelves. He made a “Rawr” noise and brushed up against me. I was very naive so I turned around and asked, “Why did you make that noise?”

He shrugged it off and kept walking. But I felt vaguely uneasy and gross the rest of my shift. When I got home, I told my mom. She called in a favor with the owner and got me a job at a crystal store across town.

While that was the first time, it definitely wasn’t the last. My personal experiences are why I, and so many other women, have been watching the downfall of these men with keen interest.

There has been the hope that this will lead to widespread change. A shift in attitudes towards sexual harassment in the workforce and more of an understanding of what women deal with on a daily basis. The thought is that if such publicly prominent individuals can be brought down, then maybe corporations will begin to take action against lower level offenders?

As much as I wish that were the case, I’m not sure that this is how it will play out. Weinstein Companies, NBC, WME, and others took action because these men were such publicly known figures, not in spite of it.

Would the Times have even bothered to run a piece about mid-level manager Bob, who brushes up against his female co-workers when they’re standing at the copier or in the elevator? The Times and others wrote about these men precisely because they were big names.

The shock value would be there, the eyeballs would be there — and yes, their horrible actions deserved to be exposed (bad pun intended) and stopped.

But let’s not kid ourselves. Their employers fired them, or forced them into ridiculously short periods of time in therapy, or put them on a leave of absence, in order to anticipate and stave off bad publicity. They did so because they had no choice or their reputations and businesses could have been negatively impacted by these revelations. And they did so after years of covering up for them.

Their actions had to have been known to their employers prior to news outlets writing about them. Someone had to be signing off on those settlement checks that Weinstein wrote. If not senior management, then definitely middle levels and lower. And it was undoubtedly known by the women who worked in these organizations. Because we pass this information around.

Don’t get on the elevator with him alone, make up an excuse to go back to your desk. Don’t stay late if he’s working late, too. Have your boyfriend or husband come pick you up. He gets handsy at the Company Christmas party after he’s had a few, make sure you don’t end up getting cornered.

We talk. We talk to protect ourselves. But we rarely talk to human resources.

And can you blame us for not trusting HR? For all that they like to put a shiny spin on it — "We have anonymous numbers you can call to report harassment! Don’t hesitate to come forward!" — most corporate employees are keenly aware that HR does not exist to help them in these situations. It exists to keep the company from being sued. And it exists to protect the hierarchy of power.

If companies truly cared, they’d start paying attention when the women under a male supervisor consistently quit after six months or two years. When those women give tight-lipped and vague exit interviews.

While male co-workers at my level have made me uncomfortable with unwanted romantic attention, the worst of the sexual harassment I’ve experienced has come from men in much higher positions. Men who know that their position insulates them, that it gives them power over me, and that they can leverage that power should I try to go to HR.

Who is the company going to believe and protect? The easily-replaced cog in the machine who makes sixty grand a year, or the Controller who was recruited from another state — to whom the company paid a major relocation bonus and financed his new house, who makes six figures and millions in stock options and who is well-known and respected in his industry? (By other men, at least.)

In terms of protecting your career, and that must-have reference for the next job, it is far easier to just quietly look for something else than to report sexual harassment. It was a lesson my mother taught me by example. Which is why the women who came forward and spoken out against these men deserve so much respect.

If companies truly cared, they’d start paying attention when the women under a male supervisor consistently quit after six months or two years. When those women give tight-lipped and vague exit interviews. If they quit without giving notice, or shortly after a business trip. They could count more than the advertising dollars a popular morning host brings in.

With the announcement of the TIME Person of the Year — the Silence Breakers — there is no doubt that our stories of sexual harassment (and more) have taken center stage. But my fear is that, once the news cycle shifts to something else, all of this attention will not bring about lasting change.

And change is needed. In the eight full-time jobs I’ve had since college I’ve been sexually harassed, intimidated, and/or encountered significant difficulties with male co-workers who found me sexually attractive at six of them. Seventy-five percent. Not great odds. Depending on the industry — retail and service industries being particularly bad — many of my friends have been sexually harassed, intimidated, coerced into sex, or raped at every single job they’ve had since they were teenagers.

Is it any wonder that we’ve been so exultant to watch these men fall from grace? It is glorious to see men finally being held accountable.

But I won’t believe it’s truly come to pass until it’s not the Weinsteins or the Keillors getting fired. It’s when John in accounting loses his job for having affairs with women who reported to him, rather than being allowed to resign to protect his career. It’s when my friend’s teenage daughters come home from their shifts and complain about customers who want to double-up their coupons, not managers who want to grab their asses. And it’s when sexual harassment becomes as outdated and archaic as floppy discs and fax machines.

If you like this article, please share it! Your clicks keep us alive!
Tags
#metoo
consent
sexual harassment
Sexual Assault
feminism