Teaching Boys About Consent Needs To Start Earlier Than You Think 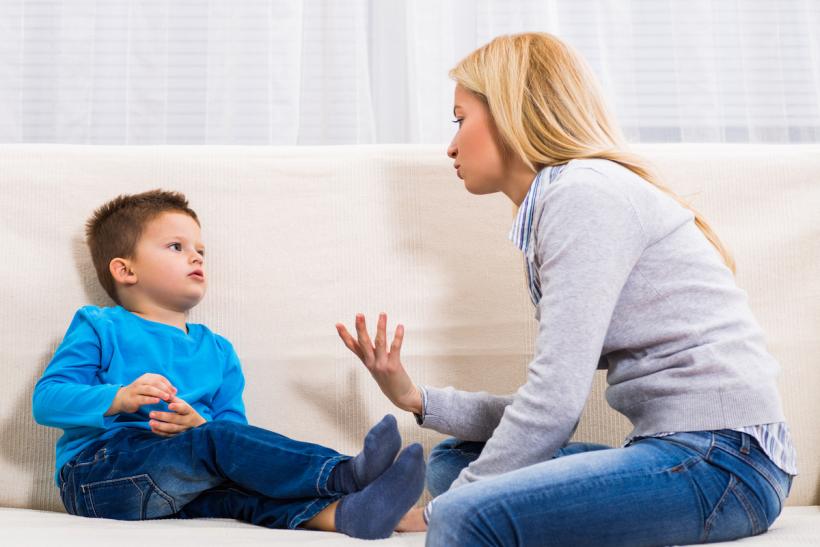 The second week of first grade, my six-year-old son came home and told me, very seriously, “Mama, I have a girlfriend and I love her.” I didn’t laugh at him or tell him he is too young to have a girlfriend, and I didn’t minimize his feelings. We had a very serious conversation about his girlfriend: what he likes about her, what they talk about at lunch, and what games they play on the playground at recess. I asked questions about her, some he knew the answers to and some he didn’t.

Nearly every day since then, we have talked about his girlfriend, and in every conversation, in some way, we talk about consent — what it means, what it looks like, and how I expect him to act.

I don’t objectify the little girl by referring to her as “your little girlfriend” as I’ve heard other adults tease their own children. I don’t make jokes about him being a heartbreaker or tell him that the girls will be falling all over him by high school. I don’t tell him his feelings don’t matter — and I definitely don’t tell him her feelings don’t matter. I think the seeds of misogyny are planted with words as much as behavior, and I treat his emotions seriously because, for him, being in love for the first time is the most serious thing in the world. He will remember this little girl, just as I remember my first boyfriend, and how I handle things now is setting the tone for the future.

I don’t know if I’m doing this right, honestly. There are times when I think to myself, “But he’s only six! Why are we even having this conversation?” And then I remind myself, if not now, when?

I wasn’t expecting to have these conversations in the context of a relationship quite so soon. His older brother is more introverted, with the exception of the occasional fleeting crush. But I have been talking about consent, and modeling it, since my sons were babies. The idea that young men need to learn about consent in high school or college goes hand-in-hand with the idea that sex education shouldn’t be taught before then, either. Consent is an ongoing conversation in our home, framed to suit the situation. But now that my son has a girlfriend, I’m finding ways to introduce the concept of consent within a relationship on a level that he can understand.

From the time my sons were very little — before they could even talk — I started teaching them about body autonomy and consent.

"Do you want me to tickle you?"

"Do you want me to brush your hair?"

I would ask whenever I could, waiting for their response before proceeding. Yes, of course, there are times when a young child needs to be picked up or hair needs to be brushed whether they want it or not — but there are just as many times when they can be given and deserve the right to choose. And so I let them decide whenever I can. Teaching them that no one can touch them without permission was the first step in teaching them about respecting the boundaries of others.

Now they are six and seven-years old and I model the respect I expect them to extend to others. It is an ongoing lesson, as the most important lessons always are. Of course they fight, what siblings don’t? But I teach them that, whatever game or activity, if someone says, “Stop!” or “No!” they are to stop what they are doing. To that end, I try to stay out of their squabbles and give them time to sort them out. If they don’t stop, there are consequences. We talk about how it feels to have someone keep chasing, tickling, bothering you when you’ve told them to stop. I watch their empathy for others grow as they consider how it feels to be little and have grownups want to touch their faces or hug them without permission. They’re learning, and it gives me hope.

But now I’m having daily conversations with my youngest son about his girlfriend and what is — and isn't — okay.

He knows he has to ask if she wants a hug before he touches her. He knows that it’s rude to refer to her as “my girlfriend” when talking about her and it’s better, and more respectful, to use her name. He knows that if he gives her a gift, he should give her a chance to respond instead of inundating her with more gifts. “Let’s wait and see how she feels about this lovely picture you made her before you draw another one,” I tell him, explaining how overwhelming it can be to have someone give you gifts when you’re not ready for them or haven’t had a chance to return the affection. Of course, I’m thinking about the boy I knew my junior year of high school who would constantly leave me trinkets of his affection at my locker — affection that wasn’t reciprocated and made me uncomfortable, especially after I asked him to stop.

I don’t know if I’m doing this right, honestly. There are times when I think to myself, “But he’s only six! Why are we even having this conversation?” And then I remind myself, if not now, when? I know what it means to be a girl in this world, and my sons are starting to hear my #MeToo stories, the ones they’re old enough to understand. How do I talk about what’s wrong in the world if I’m not willing to talk about the right behaviors, the right way to treat women? I know my sons have a good role model in their father and in our marriage. I know they watch how my husband interacts with me and I see it reflected in how they treat me.

It’s a start, but I know it’s not enough in a world that sends mixed messages to boys about girls and how to treat them.

It’s been eye-opening, seeing how my children regard consent, and how those early lessons in teaching them about their own right to say no has gone a long way in teaching them the empathy and respect they show for others now. I know we’re not done; we’re only just starting. I know it’s only going to get more complicated as they get older. But at the end of the day, no matter their age, the core lesson is the same: respect people, care about how they are feeling in your interactions with them, remember that others have a right to feel differently than you do and to set boundaries for what is okay with them. The situations will change, but those words will be repeated again and again. Teaching consent is not a one-time discussion, it’s something I want my sons to think about every single day.

If you like this article, please share it! Your clicks keep us alive!
Tags
consent
male privilege
sex ed
parenting
teaching kids consent