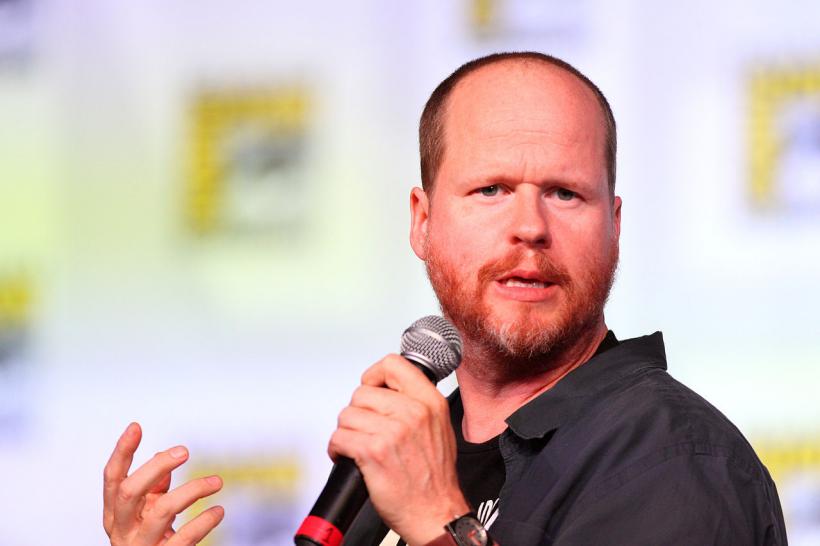 A week ago Kai Cole, the ex-wife of Joss Whedon — creator of Buffy the Vampire Slayer, Dollhouse, Angel, and Firefly — published an essay on The Wrap calling him out as a serial cheater who used their marriage to avoid scrutiny and detection.

In the week since her essay went live I’ve seen disappointment, shock, and anger echo throughout my nerd circles. I own all seven seasons of Buffy on DVD. Many of my lesbian friends lived for the Willow/Tara relationship and cherish it as being the first time they saw themselves represented onscreen. My friends are awesome and clearly acknowledge that his actions were reprehensible for many reasons. Cheating, yes, but also the abuse of power inherent when a boss approaches a subordinate for sex.

But the internet at large has not been so enlightened.

There are still people trying to defend his actions (and, no, I won’t link to them and give them the clicks). Not necessarily defending the cheating, but still trying to paint him with the "feminist" brush. They’ve tried to claim that cheating is not a feminist issue and that someone can cheat and still be a feminist. While feminists are not necessarily perfect — undoing the impacts of colonialism and learning about intersectionality can be a lifelong process — I’m going to take a stand here.

Yes, cheating is a feminist issue, regardless of the gender identities of those involved. Because at its heart, it’s about consent. When someone consents to have sex, they likely set boundaries around that consent. Whether it's condoms or birth control, these things are discussed because there are risks to having sex, whether it’s an unintended pregnancy or an STI. Consenting to sex with a condom is not the same as consenting to sex without a condom. This is why in many countries it’s a crime to remove a condom during sex (also called stealthing). Within marriage and longterm partnerships, most couples I know stop using condoms and just rely on the pill or some other form of birth control.

All individuals have the right to consent to what is done to and with their bodies. To make their own choices with their sexual health. Serial cheating and concealing said cheating from one’s partner violates that consent.

If Whedon and his wife were no longer using protection when he cheated, he would have put her health at risk — even if he used protection with his side pieces. She would not have consented to that risk and thus his actions would have been deeply disrespectful of her right to consent. Unfortunately, this is all too common when one partner cheats.

A few years prior to my divorce, I was hanging out in my mother-in-law’s kitchen drinking coffee with a group of her girlfriends. One of them had just gone through a nasty divorce after her husband admitted to having had a girlfriend for over five years. As we all discussed the process of selling their home, moving out on her own, money, and the impact on her teenage son, I realized that there was one issue no one was talking about. I’d grown up with the reality of AIDS from my first fifth grade sex-ed assembly. STIs, prevention, and testing had been a part of my life since I became sexually active.

The other women in the room had thirty years on me, easy. And, as the conversation progressed, I knew I was going to have to say something.

When an opening came I tentatively asked, “So, Rose, have you been tested?”*

She gave me a blank look. “Tested?”

“Yes. You know, for… health stuff?” Now everyone was giving me blank looks and, yes, it had grown awkward as hell. But I felt like I had a responsibility to mention it.

No one at the table had thought of it and while the conversation ended with cleared throats, glances up at the ceiling, and a sudden need to refill their coffee, I’m still glad that I said something. Consent is a fundamental tenet of feminism. All individuals have the right to consent to what is done to and with their bodies. To make their own choices with their sexual health. Serial cheating and concealing said cheating from one’s partner violates that consent.

Whether it’s a pass for a weekend at a con, an established girlfriend, or a family structure involving a husband, wife, and other partner living together, successful open and poly relationships require communication. Agreements are made about regular testing, the use (or not) of barrier methods, even the nightly schedule among partners. Transparency is key to making them work and ensuring respect for everyone involved. It is quite clear from Cole’s letter that there was no transparency and, indeed, it’s obvious that Whedon engaged in active gaslighting to keep his actions secret.

Part of growing up is dealing with the fact that our heroes may not be as perfect as we thought they were. People rushing to defend Whedon are throwing his ex-wife under the bus in order to avoid having to admit that their hero had feet of clay.

Growing up, I idolized my father. A devout Christian, he read the Bible to us at every meal, sang hymns when he tucked us into bed, and constantly lectured about the ten commandments. Including that pesky one: “Thou Shalt Not Commit Adultery.” To me he represented a true, godly man. He also cheated on my Mom. The day I found out what he’d done the bottom dropped out of my world.

When I confronted him, he admitted to the affair but then said, “It was your Mother’s fault. She wasn’t satisfying me in bed and that’s one of the main duties of a wife.” That’s right, he not only cheated — he attempted to gaslight both my mother and me about his infidelity.

If you're a feminist, you believe in a woman’s right to consent. Period.

We can argue about other aspects of feminism but a woman’s right to control her own body is fundamental. Joss Whedon paid lip service to being a feminist while at the same time repeatedly violating one of its central tenets. While I won't presume to speak for others, as far as I'm concerned, his "feminist" card is permanently revoked.

* name has been changed.

Ask Erin: Help! My Husband And Daughter Are Having An Affair

Ask Erin: Should I Tell My Ex's Girlfriend That He Was Trying To Get With Me?

4 Things You Should Never Say To A Sexual Assault Survivor

If you like this article, please share it! Your clicks keep us alive!
Tags
Joss Whedon
infidelity
cheating
marriage
consent
STIs
STDs
Sex