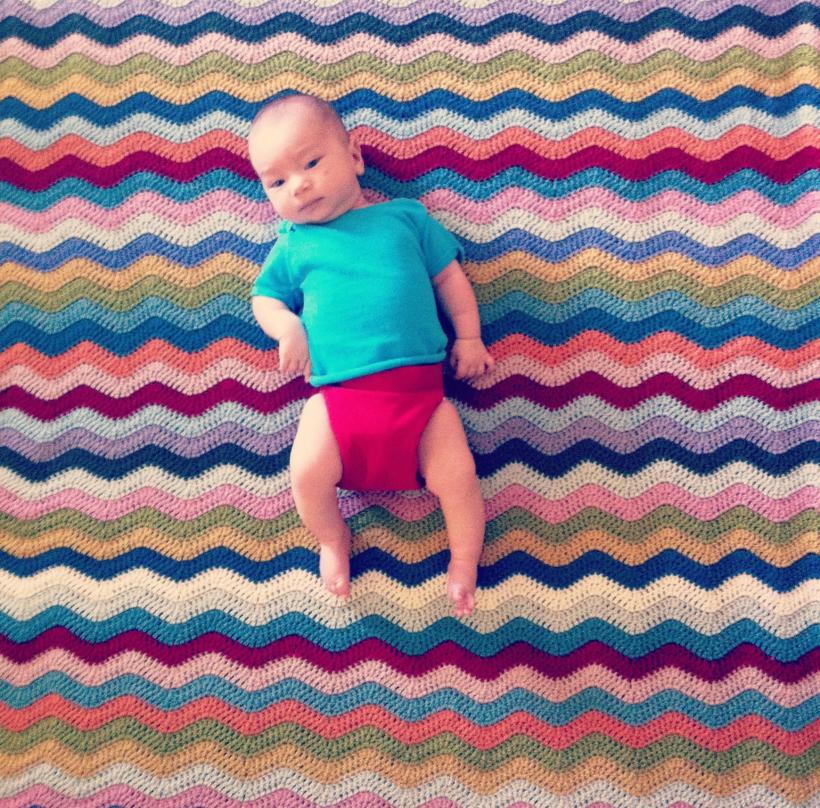 Over the years, I’ve often found myself doing things a bit differently than I thought I would, and no, it’s not because I’m “Dr. Google.”

I didn’t grow up being fed all-organic, vegan meatballs.

I mean, why would I? My grandfather was 100 percent Italian and he made the best meatballs and they were made of beef (but that’s beside the point). I also drank juice boxes and soda, ate Lucky Charms, Lunchables and Dunkaroos (remember those!? SO good) just like every other normal kid in America circa the 80s.

And no, none of it killed me.

My mother also took Tylenol when she was pregnant with me and only breastfed me for the recommended six months before giving me formula, and yet here I sit, relatively unscathed.

But about a year ago, she called me. She had read an article in our local paper about how taking Tylenol when pregnant has some pretty substantial links to ADHD, which I unquestionably have. She was upset. She was angry.

She had had terrible headaches while pregnant and had taken Tylenol frequently. “I didn’t know!” she cried into the phone.

“It’s OK, Mom,” I told her. “I kind of like my ADHD anyway. It’s a minor character flaw, but an important one. The Tylenol probably didn’t do it.”

I’ve always considered myself pretty open-minded, but honestly, before I had my first baby, I probably would’ve scoffed at a lot of the so-called “crunchier” parenting tactics that I now consider quite normal.

But in these kinds of moments — like when the lawsuit over baby powder reached the Internet — I think my mom gets why, as a mother, I sometimes lean towards a more “natural when possible” approach.

It’s not because I don’t trust chemicals or sunscreen or medicine (or sometimes even need them) or think my kids will turn into little demons if they consume GMOs. I don’t think I’m a doctor because I know how to Google, thank you very much. I don’t think I have all the answers. Nope. I really don’t.

But I also tend to believe that if we don’t know the possible effects of everything we put into our bodies on a routine basis, it’s a pretty healthy practice to at least limit our exposure to certain foods, chemicals, or medicines, if and when possible. Right?

I mean, we just can’t know everything. There is always room for new discoveries — doctors and scientists are making them all the time — and so, the way I see it, a healthy skepticism isn’t a bad thing.

So we eat the bacon without the nitrates. We only take medicine when we’re really sick. We eat a lot of garlic and we buy the organic milk and we use the sunscreen without the parabens or the oxybenzone.

I’ve always considered myself pretty open-minded, but honestly, before I had my first baby, I probably would’ve scoffed at a lot of the so-called “crunchier” parenting tactics that I now consider quite normal. Over the years, I’ve often found myself doing things a bit differently than I thought I would, and no, it’s not because I’m “Dr. Google” — it’s because my experiences as a mother have led me there.

Here’s a few things that turned me into a crunchy-leaning mom:

Cloth diapers? Um. Gross, dude. As if there’s not enough poop in the universe already — now you want me to put it in my washing machine? Scrape the solid ones off into the toilet and hose it down? Like I don’t have better things to do with my time.

In a nutshell, this is how I once looked at the alternative to regular store-bought diapers. Store-bought equals convenience and time-saving ease for the already super-demanding mom-schedule. Cloth dipes equal just one more ridiculous obligation to saddle on my hunched and exhausted shoulders.

But then one day, my itty-bitty baby wound up with a severe chemical burn on her bum. It was red-hot and blistering and she was howling in agony.

Yes, the burn came from a diaper — a Pampers diaper. America’s most trusted brand!

Turns out, they had switched up their chemicals and a ton of babies had burned-up bums as a result. Pampers “investigated” but as far as I know, never switched up their formula. We switched to the natural brand that looks like cardboard but never left my baby with blisters on her hiney.

And when kid number two came out, we did the cloth thing for about a year — until I got tired of the laundry and started buying the natural dipes again.

But who knew I’d be worried over what diaper brand we used? Definitely not me.

2. How my first birth went down.

Like a good patient and intelligent mother-to-be, I gave birth to my first baby in a hospital. I mean, what other safe and respected options were there?

Birth center or home-birth were far from being on my radar as a legitimate options. If someone had suggested either, I likely would’ve wondered why on earth they wanted me to suffer like that or risk my baby’s life. Hellooo: Hospital = the safest place to have a baby. DUH. That’s why most people in America deliver their babies in them.

The fact that America is far from the safest country to have a baby would’ve been astounding to me. (We’re about 30th, coming in right under Luxembourg.)

So I had my hospital birth, which wasn’t terrible, but was so drastically different from what I’d expected. I was forced into a bed, given an onslaught of interventions — many of which went against my intuition, as well as against good evidence that leads to healthy outcomes.

My body felt battered from all the ways it was unnecessarily manipulated for many months.

So when I got pregnant again, I looked into midwives and home birth. And when my son was born, I had a birth with very minimal intervention, which was in no way scarier or more difficult than my hospital birth. In fact, the ability to labor while standing and walking made delivery easier and less painful.

If you had told me before my first child was born that I would one day opt to have a home birth, I would’ve laughed. But it was — in every way — the right place to meet my second baby.

3. Finding out that preschool these days is intense.

When it came time for preschool, I quickly realized that classes for 3-year-olds were not what they used to be. They didn’t entail outside play, nap, snack, and a little socialization/booger-eating before pick-up time.

Most preschools in my area were serious business. They were basically advertising themselves by assigned did more school work. This shocked and horrified me.

At 3, my kid had no interest in learning to read. She just wanted to roll around in the mud.

We went to visit a couple of preschools, got super-weird vibes, and ended up running to our local Waldorf school, which is just about the most off-the-beaten-path school you can find.

Preschoolers play. In fact, play is an integral part of learning all the way up through the grades. But I knew my kid wouldn’t be sitting at a desk, withering away from boredom. They ran around. They made vegetable soup.

It was mega-crunchy and it was a wonderful, no-pressure atmosphere for my daughter to get her start.

4. Watching my kid get very, very sick after getting her shots.

Sorry, not sure why I felt the need to shout there. Just a heads-up before I get slaughtered.

Yes, my children are fully vaccinated.

But after my first daughter fell drastically ill at 8 weeks old, immediately following her 2-month vaccinations, we decided to slow down the whole shot-giving-process.

It turned out my daughter had an underlying illness — which became clear after her vaccines. But the way it onset was a clear and immediate response to the four shots in her tiny 9-pound body.

Receiving multiple vaccines at once weakened her immune system and allowed the illness to come to the surface. This is not a guess — we were told this during our hospital visit and it was quite evident, too.

After that, my daughter had to have the rest of her shots at a slower rate (for medical reasons). But when I had my second child, I decided it wouldn’t hurt us to slow down his shots, too. A few more trips to the doctor a year would be worth it if we could avoid even minor shot reactions.

A lot of people opt for shots all at once, which ensures kids get all the shots they need. Plus, not everyone has a flexible schedule where they can head to the doctor every third week of the month.

But for us, an alternate, slower shot schedule works best.

If there’s anything I’ve learned about being a mama, it’s that only you can decide what works.

So stick to your instincts, whether crunchy or straight-laced — but always leave a little room for new information.

If you like this article, please share it! Your clicks keep us alive!
Tags
parenting
diapers
cloth
crunchy
vaccination
Children
school
homebirth
ADHD