After 10 Years & 2 Kids, I’m Clueless About How To Start Dating Again 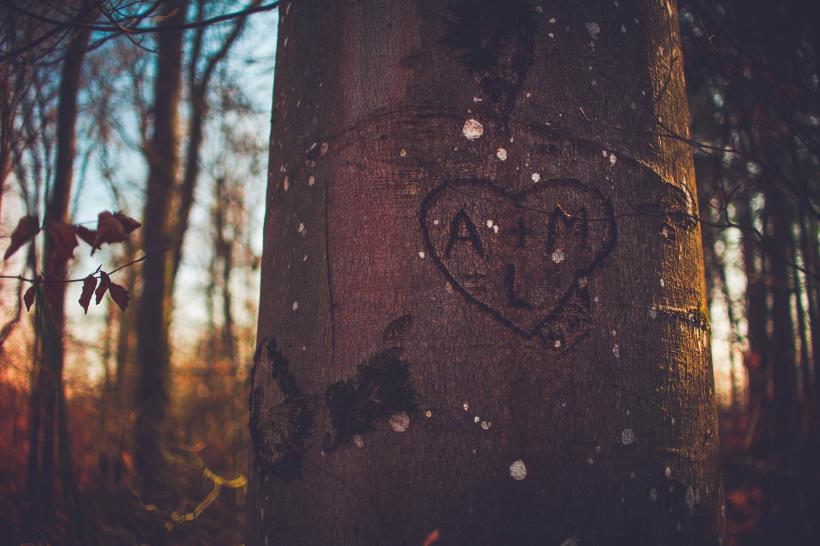 Photo by Glenn Carstens-Peters on Unsplash

It’s 9 PM in the middle of the week, and after the standard two-hour bedtime ordeal, I’ve finally gotten my two kids to sleep. After wiping down counters and loading the dishwasher, I collapse into my bed. It’s the first time I’ve had the luxury of a quiet house all day. It’s too early to sleep, but my brain is too fried to pull out my laptop and work. I could watch reruns of E.R. on Hulu or pick up the very depressing book I’m reading about divorce on my bedside table. But just then my phone gives a soft buzz that I know is not a text or an email.

It’s a new sound my phone sometimes now makes — the sound of a match on Tinder.

As a newly single person, I thought this would excite me — the new(ish) world of online dating and the very idea that a man would swipe right on my very new profile, complete with the information that I am separated and also a mom. Instead, it gives me terrible pangs of anxiety that only worsen when the swiper sends me a message. I feel a bit like I’ve been transported back into the 9th grade and am staring at my desktop computer screen, hoping the boy I like will instant message me and I’ll be witty and interesting, and a little flirty (but in a very cool way).

Only I don’t know if I like him. In fact, I don’t know anything about him at all. And I’m not 14. I’m 33. I can’t help but think this game feels deliberately juvenile, hella superficial, and that, as a grown woman with two children, I’m not quite cut out for it.

“What do you like to do for fun?,” one singleton with a long list of adventurous hobbies asks. I stare at the screen for 10 minutes straight, deciding how I might answer him. What exactly is it that I do for fun? I wonder. Is it a lie to say “going out with friends” even if I’ve only managed the time to do that once in the last three months? I spend a fair amount hanging around the slide at local parks; only that’s not really by my own choice. A lot of my time also revolves around Harry Potter, as of late. Again, not (fully) my choice. I can’t say “my work,” even though I do genuinely enjoy it. But I don’t think that’s the kind of “fun” he means. Netflixing while eating a half a tub of chocolate graham crackers is also something I quite enjoy, but that doesn’t seem like the correct response either.

The truth is that my day to day is comprised of work, child-rearing, making meals, cleaning them up, and driving kids to and fro. I could be sincere and say, “Actually, I’m trying to put a little more ‘fun’ back in my life!” But the fact that I don’t have a single thing to put in the “fun” category likely makes me sound incredibly dull, or maybe just incredibly like the mom that I am. Still, I’m a little embarrassed that I can’t think of any interests besides work and maintaining my kid’s schedules. I’m not sure Tinder is the place for such brutal honesty. I quickly hit “unmatch,” swipe right on a few guys that seem a little less concerned with fun, then turn out the light.

It’s relatively early on in my separation but I’m finding that the problem isn’t Tinder, or online dating even; it’s me.

It’s the fact that after ten years with my husband, nine of them either pregnant or with children, somewhere along the line, I completely forgot how to engage with men. It’s a little sad, but it’s also completely true. The men I most frequently converse with are as follows: my dad, my friend’s husband's, my kid’s dentist. These conversations are the epitome of platonic, of course, and my children’s hygiene frequently comes up in each of them.

I’m not exactly jealous, but I’m guessing my STBX (ahem, this is separation lingo for “soon to be ex”) will have a much easier go at dating than me. His job is in sales — beer sales, at that. He is continuously in a social atmosphere, out in restaurants and bars, while I’ve spent the last nine years of my life behind a computer and wiping butts all day. Those were my choices, yes. But I can’t help but feel a little behind the curve (and that is not a baby butt pun).

“It’s really not fair,” I recently complained to a close friend. “He talks to people all day. He’ll have a girlfriend in no time. I’ll probably end up rambling about my son’s recent uptick in pants wetting… if I even meet anyone,” I added. “Please don’t do that,” she replied, gently.

I’ll try not to. But I’ve spent so much time momming-so-hard that I’m not sure where to begin when it comes to men. And it’s not just the fact that I’m a mom. It’s that I’ve been out of the dating scene for so long. I’ve barely looked at a man sexually in years, except for Justin Theroux because, well, did you see The Leftovers?

I don’t remember what it feels like to have a first date, a first kiss, or even to be interested in someone.

I don’t know if I’m supposed to play hard to get or lay it all out there. I don’t know how to be a good mom, a good feminist, a newly separated, working woman with reasonably high standards for what she wants and does not, and also date.

But that appears to be my mission, and maybe that’s just dating after ten years and two kids. I’d imagined it would be something like You’ve Got Mail, French Kiss, or another all too enjoyable Meg Ryan film about reaffirming long lost romance that somewhere along the line, you stopped believing you deserved. Only it feels more Mission Impossible.

In my late teens and early 20s, there was a protocol. It went something like this: get smashed at a party or a bar, flirt madly, have a one night stand, hope he calls. Or, if it was a complete disaster, chalk it up to too many beer bongs and laugh about what a hilarious mistake that was. While it might lend itself to a few decent one-night stands, I’m pretty sure the time for “dating” this way has long passed. In fact, I hope it has because I’m now a single working mom and I just don’t have that much spare time on my hands anyway. Not for the debaucherous drinking, not for the late nights, and especially, not the for the hangovers.

Stepping back into the world of dating for the first time in what feels like forever is intimidating.

I can’t begin to pretend it doesn’t petrify me. But I hope this go-round I can find the confidence to practice the age-old advice, which also happens to be the only real advice I have to lean on right now. Cliche as it might be, the only thing I can think to do is just to be myself. Hopefully, I can embrace her with a little more confidence and a little less tequila then in my college years. Though, I’m not gonna lie: I’m about to start dating for the first time in a decade, and there will be a reasonable amount of tequila.

There will also be dinners instead of beer bongs. Guacamole breath instead of Camel Light breath. And actual conversations about real things, I think. So, at least some things have changed. Maybe everything has. Either way, maybe I’ll find a spark of that “fun” I’ve been missing, so I know what to say the next time some curious dude pops that question.

If you like this article, please share it! Your clicks keep us alive!
Tags
dating
single
Tinder
Parent
mom