Does Body Confidence Have An Effect On Pregnancy And Labor? 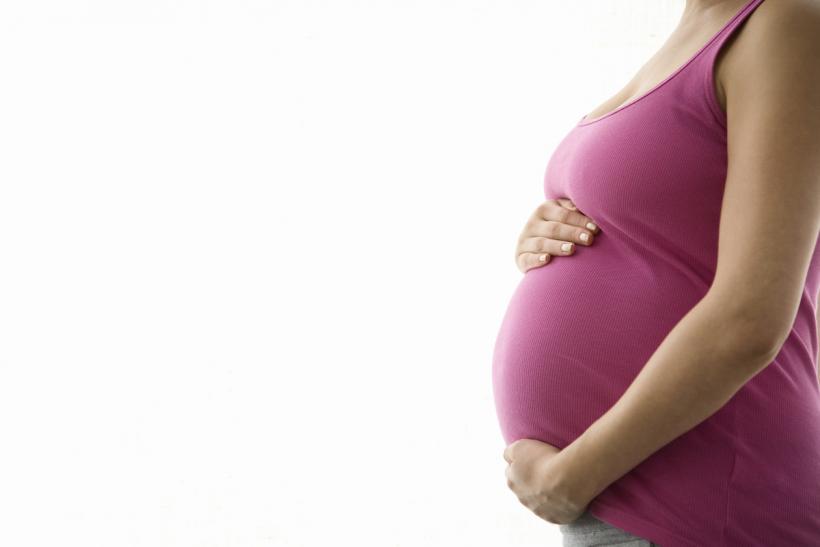 So much of my pregnancy and delivery were marked by fear and anxiety, rather than acceptance and a growing confidence in my body’s abilities. (Image: Thinkstock)

In the final weeks of pregnancy with my second child, I went to a group appointment alongside other mothers-to-be and their partners at my midwife's office. We sat around in a circle, hands folded across our big pregnant bellies, some women just a few days away from meeting their babies. My midwife looked around the room and smiled. "Oh, I can just feel the power in here," she said, in awe of our blossoming, ripe bodies, knowing they were so close to welcoming new life into the world.

I had planned a home birth for my second baby’s entry, and though my midwives were always cautious and diligent in their work, they never failed to express an overwhelming confidence in my pregnancy, my body, and my ability to give birth peacefully at home, too. It felt good to have that kind of supportive energy around me. It had been a breath of fresh air and a stark contrast to my treatment during my first pregnancy, in which I had seen an OBGYN, rather than a midwife, and had a standard hospital delivery, rather than a home birth. I hadn’t felt even an inkling of that same confidence near me- not once and had never been instructed to think positively about my body.

My doctor, in many ways, treated me like a ticking time bomb, rather than a healthy pregnant woman, brimming with new life. Somewhere along the line, I started to feel like one.

When I was expecting my first child, no one (certainly not my care provider) seemed to think it was possible without a 1000 (and one) interventions, that began the moment I showed up for my first doctor’s visit and didn’t end until after my baby had been delivered. As a result, so much of my pregnancy and delivery were marked by fear and anxiety, rather than acceptance and a growing confidence in my body’s abilities. But as far as I knew, it was normal to be afraid. Pregnancy and birth are scary, and in some ways, maybe I had always believed this to be true. But my treatment upon each appointment made it ever more clear. This was supposed to be an anxious time, I thought, and kept rolling with the punches.

I wish I hadn’t felt so powerless, at a moment in time when I needed to step into my power, rather than take what was given to me. But I never made the realization that I was completely capable of birthing my baby.

But while it may not seem that harmful to be spending your pregnancy in fear (this is a natural emotion when expecting a child, right?), it might have more impact than we have collectively come to believe. Multiple studies have been conducted, examining women’s feelings about birth and how they relate to birth outcomes. A 2012 study showed that women described as “fearful” about giving birth ended up with longer labors and with more intervention than women who felt more confident. Other studies found that women who felt more confident and capable about delivery described having positive birth experiences, while women who expressed fear about birth described negative experiences post-birth. Another study showed positive effects of continuous midwifery care on women who had an extreme fear of childbirth.

As someone who experienced drastically different feelings about my body’s abilities during my first and second births, and two very different births, this is not hard for me to swallow. My first birth, medicated and standardized as it was, was still one of the most difficult experiences of my life.

When I think back to my treatment throughout my pregnancy and delivery, I realize now that I was surrounded by doubt, rather than confidence. I was never able to develop the trust in my body that I’ve now come to understand as a necessary and meaningful part of a healthy pregnancy and a healthy birth. My second birth, following a pregnancy in which I hadn’t routinely been doubted, but rather built up, was calm and peaceful.

Yes, there was pain, but I never felt out of control or like I couldn’t handle anything that was happening to me.

I had played the part of the good patient during my first delivery- and that didn’t work out for me. I had done everything my doctor told me to do, never objecting, even when it didn’t feel productive. I had undergone countless tests for rare diseases, had multiple ultrasounds to determine baby’s measurements (which turned out to be about two pounds off, something that happens rather often).

When I was told to, I labored in a hospital bed, even though it went against good evidence and caused me an incredible amount of discomfort. I labored with a monitor digging into my contracting belly- my body tensed and rigid for hours upon hours, until I begged for an epidural.

Meeting my baby was joyous, but due to my treatment in the hospital and my feelings of being out of control, I would not describe it as being a positive birth experience. The controlling treatment of my delivery had led to a higher risk birth— my baby wouldn’t budge for hours due to my positioning and tension in my body, the epidural caused her heart rate to drop drastically, as well as inhibited me from being able to push effectively.

Looking back on my first pregnancy and birth, I wish someone would've told me that I was not sick and I should find the time to embrace my power as a strong, healthy pregnant woman, the way I was able to the second time around. I wished someone had told me that I was allowed to make my own choices about my labor and delivery. I wish I hadn’t felt so powerless, at a moment in time when I needed to step into my power, rather than take what was given to me. But I never made the realization that I was completely capable of birthing my baby. Instead, I never let the confidence in that should’ve been my guiding light.

Surely, there are times when such precaution is necessary. As my dear friend put it, who’s baby was born six weeks early, “pregnancy might be normal, but when something isn’t going right, it feels anything but.”

And she’s completely right— medical intervention is a wonderful thing… when it is needed.

But so often, giving women so many hoops to jump through— like countless tests and ultrasounds, like laboring in a bed, attached to a fetal monitor, and every other ounce of routine care that is not evidence-based— sets women up for ending up with the negative outcomes, the ones they so feared in the first place. Simply put, many standards fully amplify our mistrust of women’s bodies and thus, lead to more difficult births.

Too many women are walking into their child’s birth already feeling inadequate or broken.

But pregnancy and birth are not illnesses.

Treating them as such diminishes a woman’s own body confidence, which just might be her greatest tool in achieving a better birth.