The Invisibility Of Motherhood 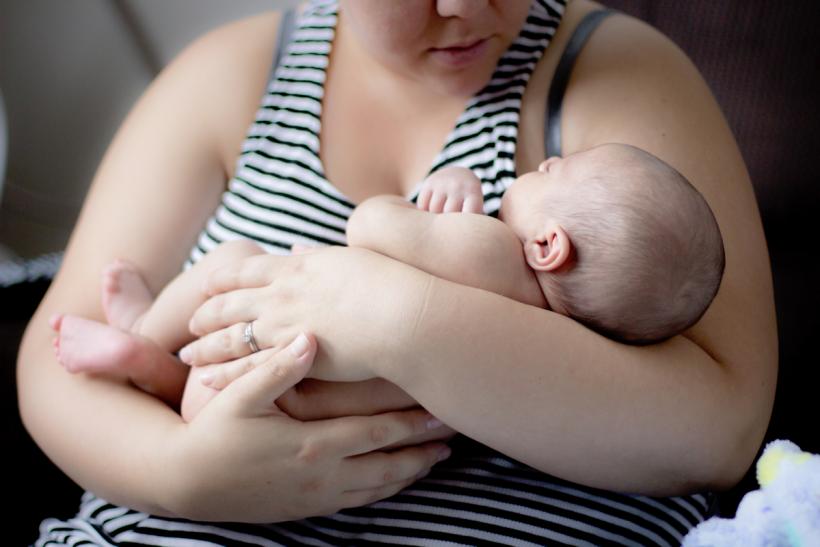 A few years ago, I became pregnant with my son. We were thrilled. I was sick as a dog for the first six months, but that was part of the deal I had just signed up for. I had hormone-induced insomnia, but again, that is what I signed up for.

When my blood glucose tolerance test came back slightly elevated (and I mean 3 points above acceptable), I changed my diet. I pricked my finger twice a day and carried around the monitor in my purse because I wanted to make sure I was keeping my body as stable as possible in order to sustain the very wanted life inside of my womb.

When my son was born and suffered a stroke, I sat next to his tiny hospital bed in a tiny isolation room and pumped religiously every two hours while sitting upright on a painfully hard chair. I continued pumping religiously, even as he recovered from his stroke, because he could not properly latch.

A few months later when my 8 month old baby was diagnosed with a rare food allergy syndrome called FPIES, I went on a total elimination diet in order to heal his profoundly compromised gut. I stayed up with him all night as he cried in pain, sang to him until my voice became raw, and still continued to pump the milk that I produced by eating only 12 foods.

When my milk began to dry up, and he had no other safe source of sustenance, I took domperidone. It wreaked havoc on my endocrine system, but he needed my milk to survive. I downed those tiny milk-inducing tablets multiple times a day, and made peace with the overnight weight gain, persistent threat of mastitis, and drenching night sweats.

I spent thousands of hours researching my son's food allergy syndrome that made him nearly untouchable at times. I researched ways to help him heal and overcome his trauma. I shuttled him to doctors and therapists and alternative healers because sustaining his life took an entire army of professionals.

When I was able to wean him at 21 months, I took a break. I focused on me. I eventually realized that I had become invisible during that time. And rightly so. My experience, my sacrifice, my feelings meant nothing during those first two years because it wasn't about me.

My dearest friend asked me once during the midst of the hardest, worst time of my son's health struggle how I was dealing with it.

And it was true.

I didn't have even an ounce of energy to spare to process my own feelings. Everything I had went to my son. I acknowledged the impossibility of our situation and the real truth that feeling all of my feelings in the moment was an absolute luxury. I knew once I started down the rabbit hole, I would need my own healing circle to hold me as I fell apart. That I would need space to not be 100% responsible for my son's life.

"I will emerge again, a different version of myself, a different set of boxes to unpack and sort and purge. New scars will mark my belly, new wrinkles will line my face."

I acknowledged and labeled my feelings. I marked the memories and darkest moments and put them in a box. Then I put those boxes on the shelf with a promise that I would do the hard work of unpacking them, sorting them out, and purging them when I could do it responsibly with the help of my therapist and the space I needed to let the overwhelm take me over.

And then I put all of the things that made up my feelings and experiences and deeper layers of who I am away. Out of sight. Then I quite literally held on to Dear Life.

I became a ghost.

It's been nearly two years since I started the hard work of unpacking.

Of allowing the energy of my own messy healing.

Of feeling the numbing trauma of what it cost me to keep my son alive.

Of responsibly dealing with scar tissue and hair triggers that might never leave me.

Of emerging from behind the survivor's shield of invisibility.

Our baby girl is due in July, on her daddy's birthday. She has a high likelihood of being born with the same rare food allergy syndrome her big brother has, though he is thankfully outgrowing it with age.

The subtle receding of self that comes with a new season of motherhood and fragile new life has already begun. My four year-old needs me to make him lunch and play at the park with him, even though I haven't slept through the night in weeks or had a day without some sort of pregnancy related pain. I've had to modify my diet again to keep gestational diabetes at bay. In a few weeks, I will embark on another stricter and more specific diet modification to give my baby girl's gut the best possible start to life when she arrives earthside. Feeding her, loving her, watching for signs of FPIES, and adjusting to having two kids and becoming a fully integrated family of four means there will be less of me for me.

Because that is what motherhood is: a brief season of necessary invisibility.

I will emerge again, a different version of myself, a different set of boxes to unpack and sort and purge. New scars will mark my belly, new wrinkles will line my face. Gray hairs will sprout where the stress of survival has brushed my head with its fingertips.

And I will be okay.

If you like this article, please share it! Your clicks keep us alive!
Tags
parenting
motherhood
FPIES
allergies
sacrifice
mother
Children