Take The Cake: An Open Letter To The Woman Who Gave Me Stink Eye For My VBO 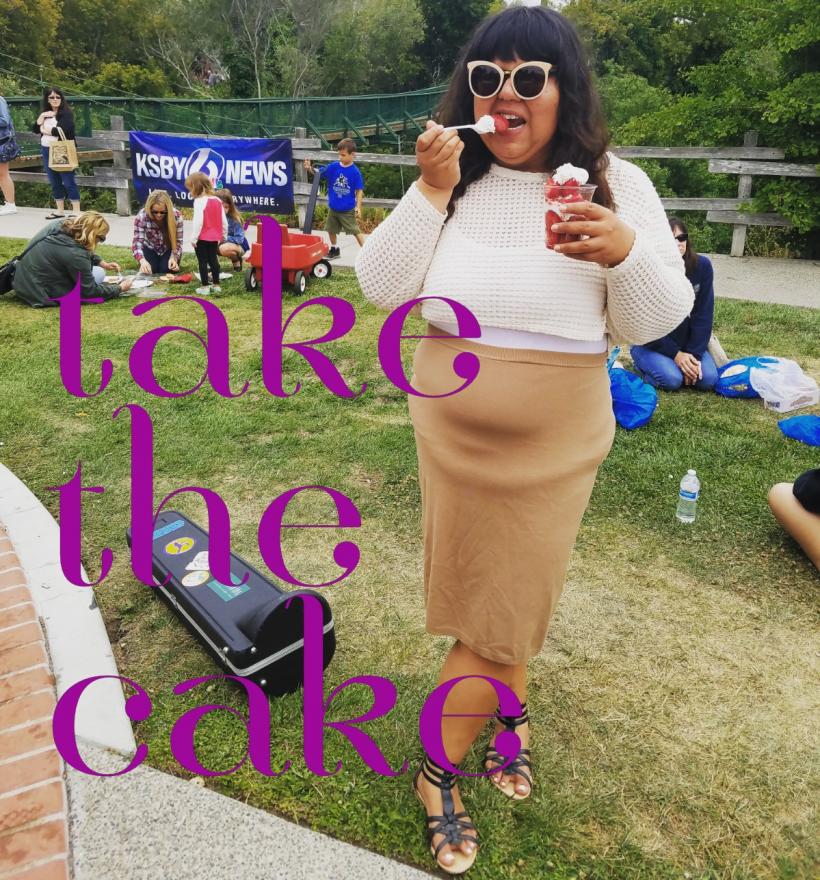 The more I focus on healing and centering myself, the less time I have for every Tom, Dick, and Stinkface I come across.

OK, I tried to turn this into a letter, but it just didn’t work out. Sorry.

This weekend we drove to San Luis Obispo to visit one of Jacob's friends, and I went on my usual caffeine-purveyor-fact-finding mission.

I landed on a coffee shop with a Hawaiian bent in Arroyo Grande. The extensive coffee menu included infusions of macadamia and banana syrups, and they served fried spam on rice wrapped in seaweed (oh my globbb). There was a woman outside holding a tiny black duckling and next to her was a three-legged dog.

The spot had… personality. And I lurve that shit.

I was wearing a light brown body con skirt, white tank top and crocheted crop top. My outfit left little to the imagination when it came to the number and shape of my plentiful rolls, as per always.

As I was walking from the counter to the table, a woman previously engrossed in a conversation did a double take, and I guess you could say she kinda snarled at me a smidge. My look made her go full weasel death face.

This was not my first time at the snark rodeo.

I mean, fat-threat manifests in different ways. But this time it happened to look like this: 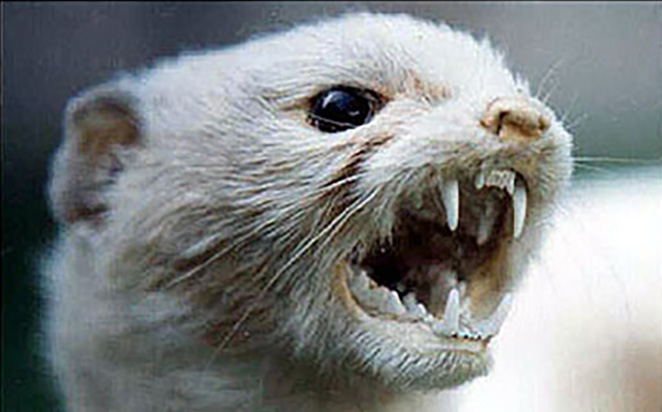 If you asked me to guess what was going through her head, I would say she was in shock that a fat lady would wear a tight skirt, belly in full sight. This feminist act of taking up space, tacitly but clearly making room for myself in a fatphobic culture, is a bold-but-crucial move if you’re my brand of fat babe.

I took a second to clock her face.

This is the moment that I would normally want to disappear into.

No matter how hard I’d try, her face would send me into a wounded rage and I would have spent 20—79 minutes processing about how that woman has no right to air out her threatened aggression at my expense.

But instead something different happened. I felt somewhere between indifference and… well, a snobbish sense of superiority. 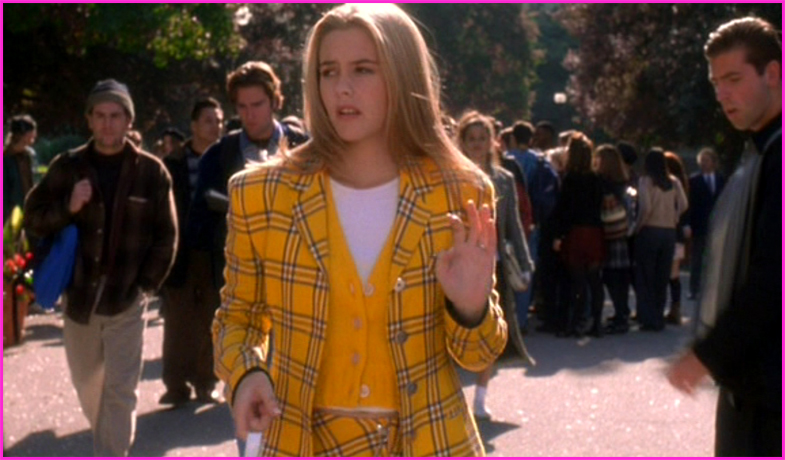 I recently did an interview with a new podcast called The Fat Lip. During the interview, the host Ash asked me what I do about haters: “Is there anything we can say to these people that they will hear?”

Honestly, there probably are things fat people facing bigots can say that they will hear, but I'm not invested in that kind of work. At least not anymore.

For years it meant a lot to me to take each and every person who had a problem with my body head-on. Whether it was a quick stabbing one liner I’d rehearsed or an extended exchange, I was 100% down for it. My hope was not only to take back some of the power and autonomy this person was attempting to rob from me, but also to put the fear of the unhinged fat bitch deep, deeeeep into their soul.

I wanted them to think twice about pulling that shit again with someone else.

There have been times where I've pulled out my phone and video'd people engaging in judgment theater, flipping the gaze until they were so uncomfortable they left.

Once a man complained that he was worried he would be squished by my enormous body, and we had a loud yelling argument on that train that devolved into us comparing how many sexual partners we'd had (I won). He finally capitulated after observing, “I'm trying to insult you and you just won't let me.”

This proactive retaliation felt so good after years of being indoctrinated in the “take the high road and ignore them” spiel. I say — fuck the high road. As I mentioned in the live taping of Call Your Girlfriend a few months back, the high road is oversold to oppressed people.

But damn, all that was a lot of work. I would get super worked-up, heart racing, palms sweating, adrenaline pumping.

This is the stuff that minority stress is made of.

The more I focus on healing and centering myself, the less time I have for every Tom, Dick, and Stinkface I come across.

I talked about it in that aforementioned Fat Lip podcast: I started to do this mental exercise where I imagined someone saying shit like your uterus renders you unable to drive or your melanin makes your brain small.

There’s no way I could take someone shading my uterus seriously.

So why are my fat rolls any different?

If you like this article, please share it! Your clicks keep us alive!
Tags
take the cake
VBO. belly
fatphobia
body positivity
fat
sexism
racism