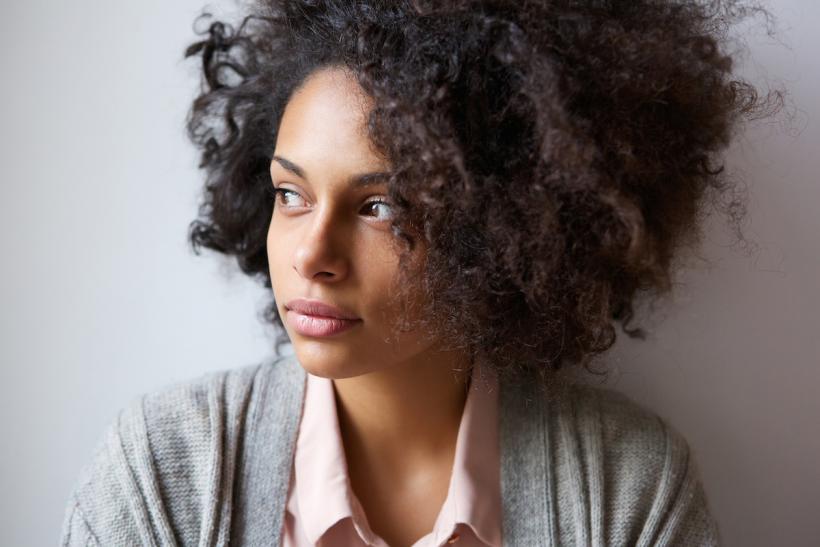 Why do women feel the need to police other women’s bodies? Image: Thinkstock

In 2016, to be a woman (and a Black woman, at that) among the general public means having to keep your defenses up.

When author Ta-Nehisi Coates wrote about the lack of ownership we Black people have over our own bodies in his 2015 novel, Between The World and Me, I was initially taken aback by the notion. But somewhere in the midst of those 176 pages, the prose began to feel more and more like familiar territory.

I now believe that somewhere beneath the surface of my initial emotion and reaction was a hideous truth that I’ve always known existed: When it comes to Black bodies, so often do we feel that ours are up for grabs.

Never have I felt this more to be more true than at a recent dinner with my entire family at a local restaurant.

I was really feeling quite lovely this evening. I’d had a fantastic afternoon with my best friend. I felt particularly relaxed, and I was sporting a new frock that I had made myself. (Every now and then, when I want to wear something new but feel a bit cash-poor, I pull my sewing machine out and go to work.)

The turtleneck mini dress I had whipped up was made out of the coziest fleece — perfect for the spring weather when you want to show a little leg but there’s still a nip in the air. Paired with a little tailored J. Crew jacket (which reminds me vaguely of low-budget Forme D’Expression), I was feeling myself, folks. Maybe a little too hard?

Regardless, reality decided to give me a swift kick in the pants, in the form of two people taking liberties with polite behavior and boundaries.

When I arrived at the restaurant, the rest of my family was seated and we had to decide where I would sit, which would make for a little shuffling. I stood at the edge of the booth, making eyes at my sweet little nephew.

Off in the distance, I heard a high-pitched voice: “I just don’t think that length is appropriate. That skirt is way too short for her.”

I looked over to the next booth to find an uptight, White matriarch who looked like she had sucked on one too many lemons, judging me while her family looked into their plates, willing her to melt into the seat.

In situations like this, there’s always a basic level of shock as the outrage seeps into your pores. Usually by the time the rage reaches my brain at peak levels, the moment to properly jump down someone’s throat has passed. But as you age, you learn to weigh your words and your public outbursts.

Is it really worth the battle if it means my family dinner is going to be super awkward, since this party is seated at the next booth? Is it worth my vindication to take this rude little busybody down, even if it means risking further embarrassment of her family, who already looks mortified by her behavior?

I really didn’t know what to do, but a million questions raced through my head: Why do women feel the need to police other women’s bodies? Don’t we all get enough of this from the other half of the world?

Did it make her feel better to share her judgment loudly enough for me to hear it? Was her life really so miserable that her only joy should be attempting to clip someone else’s wings?

Why was she speaking loudly about me as if I wasn’t standing RIGHT THERE? Was I invisible?

While I was blindsided by her rudeness, it really got the wheels turning in my head for a slew of questions that I don’t ask myself every day.

I didn’t know the answer to any of these questions, but I knew one thing: I had to go to the bathroom.

I always go to the bathroom before sliding into the middle of the booth, because no one wants to get up and let you out, so I excused myself and dashed off. The brief walk gave me time to process what I had just encountered and let it pass over me like a wave before I sat down with my family. I hate bringing bad vibes to the dinner table.

I walked to the bathroom with the blood pounding in my ears and my mind racing a mile a minute. My dress wasn’t even short. As one friend pointed out, it would have easily passed the fingertip test that most schools administer to their girl students when they want to demonstrate that boys not being “distracted” by your growing body is more important than your own education.

I allowed myself to sit on the toilet and take a few deep breaths before I exited the stall. I washed my hands quickly, careful not to make eye contact with anyone, afraid because I didn’t trust my own emotions.

When I looked up, another White woman was staring at me like I was a peacock that had found its way into the bathroom.

I smiled nervously before she exclaimed,“I love your hair!”

My hair is regularly dyed an array of colors, and while I love it, it often elicits comments, mostly approving. But just because it’s approval doesn’t mean I’m always up for conversation. It’s nice that people feel so open, but telling people how you style your hair regularly gets old.

It felt as if she was banking on the fact that I wouldn’t lean down and give her a piece of my mind, which makes sense: Bullies so rarely shoot their mouths off when they’re not in a “safe” zone.

I almost sighed with relief that it wasn’t more judgment, but something made me suspicious. The woman wanted to ask me about the humidity in the area and my hair care and maintenance. Sure, these questions are benign, but it’s a restaurant bathroom, and I’ve got dinner waiting.

Plus, we don’t even have a similar hair texture. I appreciate your interest in the topic, but I’d be happy to point you towards a variety of Youtube videos which will break down the process for you.

But she literally wanted to talk forever, and I engaged her instead of shutting her like I should have. I try to give people the benefit of the doubt, even when I’m feeling vulnerable.

Eventually, though, I decided to end the conversation, because it had been almost five minutes and… dinner. But as a pièce de résistance, she took a step towards me — and before I knew it, her hand... her hand was in... MY HAIR.

That’s right. She touched a Black woman’s hair. She did the one thing that everyone’s supposed to know by now that YOU AREN’T SUPPOSED TO DO.

I left the bathroom feeling completely exhausted and blindsided. I couldn’t even fully enjoy my meal with my family because I was too busy processing the one-two kick of rudeness I had encountered since I walked in the door of the restaurant.

There’s a lot to deconstruct here.

First: This blatant mean-girl behavior is wrapped in privilege and entitlement. Something tells me that first woman wouldn’t have felt so righteous in her sartorial assessments if she were passing me on the street. I suspect that, had we been in a restaurant that was full of Black patrons rather than White ones, her silence would have been palpable.

It felt as if she was banking on the fact that I wouldn’t lean down and give her a piece of my mind, which makes sense: Bullies so rarely shoot their mouths off when they’re not in a “safe” zone.

But the woman in the bathroom was a completely different type of mess. I believe the funny feeling I had when she began talking was a premonition that she was going to pull some crazy nonsense. I don’t claim to know a lot, but my intuition is occasionally spot-on.

Her brief moment of rudeness pretty much discounted all the polite-yet-forced conversation we had which came before it. The assumed intimacy and utter lack of disregard for my boundaries was jarring.

My boyfriend and my niece are the only people allowed to stroke my head. This woman’s actions cheapened the access I give loved ones to my body.

What bothered me most was that my immediate reaction to both instances was total and utter shock. I was so caught off-guard by the rudeness of the first lady that I was in no position to battle the second lady’s bold behavior.

So often women have been trained to just absorb things that happen to us and not complain about them. It's that persistent kind of social gaslighting where every experience we have, we're not even used to recognizing it as real.

If I had to summarize the message which was sent to me by the actions of others that night, it would be: No, no your body is still not your own. Your body is a free-for-all for those of privilege to comment on and, worst-case scenario, touch without your permission.

In 2016, to be a woman (and a Black woman, at that) among the general public means having to keep your defenses up.

Just leaving your house can be an absolute emotional minefield.