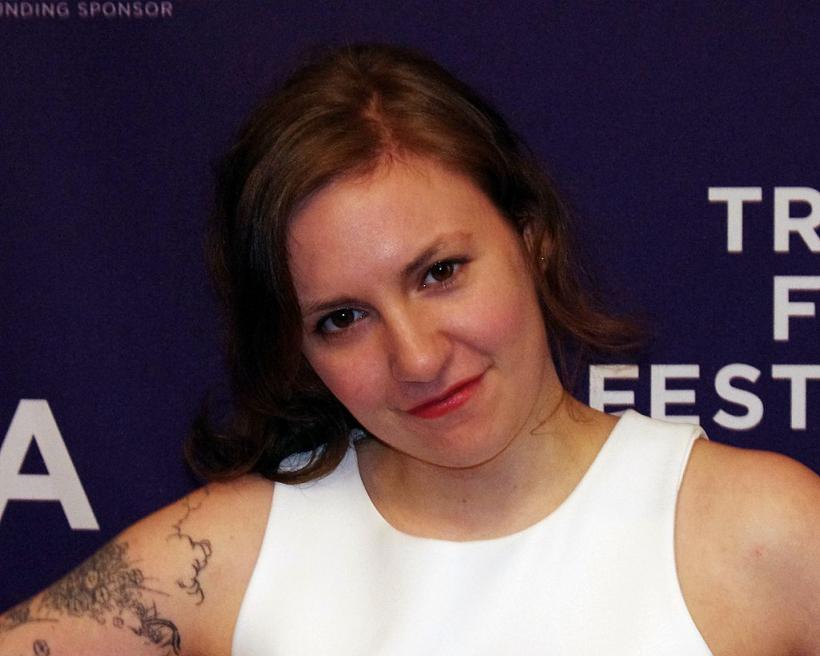 Well, Lena Dunham, you’ve really done it this time. You too, Jenni Konner. People keep leaving Konner out of the mess but she signed that damning statement too, and we mustn’t forget that. I have tried so, so, so very hard with Lena Dunham, because sometimes (though not all the time) I recognize that the hatred towards Dunham comes from a general hatred of women (and occasionally jealousy).

Dunham’s privilege comes across as profoundly weighted at every and any opportunity. But privilege is all about what you do with it, and unfortunately, again and again, Dunham seems to be operating from a place of privilege — unaffected by the reality of many others. When the criticism comes from women of color, it’s usually 100% spot on. I’m truly done this time.

I can’t with Lena Dunham anymore.

Because Dunham is like a broken clock. It’s right twice a day, but it’s still broken.

I think the only reason I gave Lena Dunham more chances than I should have was because I genuinely believe Lenny Letter and Woman of the Hour were valuable resources which amplified the voices of women of color in ways which the rest of the world just wasn’t doing.

So what if she screwed up on some really basic intersectional feminism 101, once, twice, okay I lost count. I chalked it up as a trade-off for seeing my marginalized friends voices amplified and a spotlight shown on topics that weren’t getting the same amount of attention anywhere else. But what is the trade-off exactly? Who’s getting the most out of this deal? Because at the end of the day, Dunham is still profiting off the backs and labor of women of color while she continues to make it clear over and over again that she just doesn’t care enough about us to stop SCREWING UP.

I just think it’s time for Dunham to step down from any capacity of leadership within progressive movements.

Because you can’t be the person in charge holding the microphone if you are a repeat oppressor and you don’t appear to be learning or growing from the work you do. Nothing ever changes if the calls are coming from inside the house. Problematic white women are not the face of my feminism movement no matter how many women of color they occasionally let speak.

Dunham’s latest public faux pas (if you can call it that) is both timely and disheartening. We are currently in the midst of a massive “awakening” to the sexual violence which men wreak upon women every single day. I say “awakening” somewhat facetiously because most women I know read the Harvey Weinstein allegations (as well as all the subsequent allegations which followed like dominoes) and muttered “no shit,” under their breath. Or maybe that was just me.

You Might Also Like: White Fragility: Why It's So Hard To Talk To White People About Racism

That’s exciting. So imagine being the two women that see the momentum of that movement, yet pick this exact moment to come out of the woodwork and loudly declare that they do not believe women of color (only to apologize later without naming the victim). And to also be the women who portrayed a woman of color as delusional. Way to feminism. Much intersectionality. Because here’s the thing...

YOU COULD ALWAYS SAY NOTHING AT ALL.

Especially after you have claimed in the past that you believe women.

But saying nothing isn’t Dunham’s forte especially when there’s a prime opportunity to wedge her foot right into her mouth. She chose this glorious time of believing women NOT to believe a woman of color because her friend and colleague was at the center of the accusations.

Lemme tell you something. I’ve got a lot of dude friends. But among those dudes I sometimes enjoy, I bet somebody is probably guilty of sexual assault. Because the numbers about rape are statistically there. And yes, nice guys can be rapists. People you like can be rapists. Even the men you’d never suspect.

We as a society haven’t been so good about teaching consent, and as a result, men have been getting away with a lot of violence since the dawn of time which we as a society have shrugged our collective shoulders at. My only hope is that the next generation will be better and do better, and as I see my friends discussing how to teach kids consent and it gives me hope.

What Dunham and Konner’s original statement did was send a pretty loud message to the world that we don’t believe women of color.

Because, again, they could have said nothing at all. You always have the option to be quiet. And what they said launched a domino effect in their world — one where now former Lenny Letter writer Zinzi Clemmons penned a powerful statement about how it’s time for women of color to divest from Lena Dunham. I not only agree but I’ll take it a step further and say: it’s time for white women to follow our lead on this. Because there simply isn’t room in my intersectional feminist movement for those who claim to be leaders to make such egregious mistakes over and over and over again.

If Dunham wants to be a part of the movement in a constructive way, I’d recommend stepping down and quietly supporting women of color with dollars. That’s what she can do at this point. But I don’t want Dunham at the head of any movement because she has repeatedly proven to women of color that she isn’t up for the job.

(This essay is dedicated to Aurora Perrineau. I believe you. And Zinzi Clemmons. Thank you both for speaking up.)

If you like this article, please share it! Your clicks keep us alive!
Tags
Lena Dunham
women of color
consent
Jenni Konner
Lenny Letter
Woman of the Hour