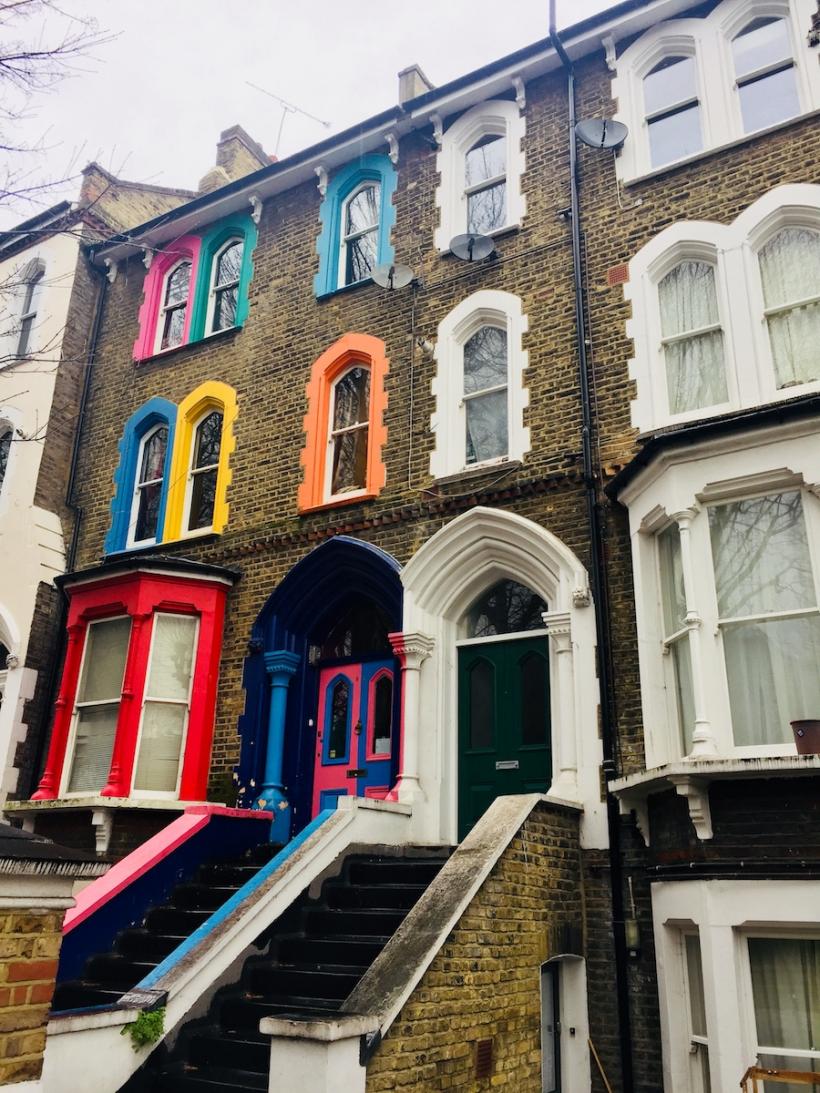 Sometimes if we are very, very lucky, we get the opportunity to live in a magical place where it seems like every possible thing suits us. The public transportation is awesome. You work in a big, airy loft walking distance from home. All your friends happen to live and work nearby too. On the weekends it’s not out of the ordinary to go to a rowdy party and find that everyone you know is there. You have your pub. You have your breakfast spot. You have that one dodgy person that literally EVERYONE knows and describes as “dodgy” with good reason because they’re always trying to sell you something that is most likely stolen. This was East London in 2003 for me.

And there was no other place on Earth I’d rather be.

And ever since I came home to the Washington DC area, I had been aching to go back. And so I did. Well, not so cut and dry, but long story short, fifteen years later, I moved back for my love of a dude and my love of a city. If I didn’t love London, I wouldn’t have moved. I’m a romantic to an extent, but I’m also a realist through and through.

I now live south of the river in quiet Dulwich, in a two bedroom flat where the party’s not exactly on your doorstep but you have a beautiful park you can go to instead. Sure, the public transportation isn’t as accessible here as Hackney (though we do have the Overground two bus stops away). But most important, we have a place to call our own because my partner (through no small feat) managed to buy at the exact right time.

We could not afford to buy our place today if we had to.

Owning in London is something that I know I would never be able to do on my own at this point in my life. Upon returning last December,  it hit me like a ton of bricks that a significant portion of the people I knew and loved in London have simply left London. Some moved to Brighton; some moved up north to places like Liverpool and Manchester.

I get it, but that’s also why the real estate portion of the newspaper depresses me, so much that I flip through it at rapid speed. I’m luckily in a position where I feel like we could stay here a while and be okay unless we added multiple kids to the picture. But for now it’s just us, and it’s great. We’re in the middle of renovating the bathroom, so we’re definitely staying for a bit because the process is too painful to just up and move! (At the time of publishing the bathroom is completed and now we’re never leaving; we couldn’t afford to anyway.)

But if I didn’t live in a flat my partner owned, I would feel intense and uncomfortable pressure to buy something — anything — before Hackney happened again.

Because there was a window in Hackney where if you could afford to buy (something very few people I knew of could afford to do), you should have. And if you missed this window, you missed the boat because now everything is outrageously unaffordable. That is why only a handful of my friends remain in Hackney today. The Hackney residents who moved there in the 80s and bought found that their invetsments paid handsomely (sometimes as much as twenty times over). Similar situations happened in other areas of London, like Brockley (near us): “My parents still live in Brockley, but they downsized in 2007, selling our family home for more than four times the price that they bought it for in 1992. That is negative gentrification.”

The delicious irony of it all is that people made fun of Hackney for being “rough” when I told them I lived there, but now literally no one can afford it. London is not unlike Washington DC (the area I’m from) where gentrification happens seemingly overnight to neighborhoods the privileged wouldn’t have previously dared set foot in. I once explained to an older white male superior at a temp job that Georgetown was ACTUALLY a black neighborhood long ago, after he had made an ignorant statement about Anacostia where my Grandmother lived.

When gentrification comes to your neighborhood before you recognize what’s happening, you find yourself booted and priced out (especially if you’re underprivileged or a person of color). Those less fortunate than you find themselves forcibly pushed out of spaces they’ve occupied for years in neighborhoods they’ve helped to make unique. And that’s a truly awful thing, my fellow humans. Nothing gets my goat more than when I’m rolling my eyes at DC for the rapid gentrification, and some gentrifier wants to tell me I can’t bash it. If you didn’t live the DC area during the crack epidemic, but you’re now living in what used to be a black neighborhood, you can have all the seats.

If gentrification bothers you as it bothers me, the first thing you have to ask yourself is “Am I part of the problem?”

Luckily, there’s an app for that (well, not really but look here). There are steps you can take to make sure that you aren’t contributing negatively to a vibrant neighborhood with colorful characters. Educating yourself and getting involved in politics at a local level is a great place to start. It can be as simple as patronizing the ethnic owned coffee shop which may not be as shiny and new as others on the street. That’s an easy one.

There are also actions that governments can take to ensure that the gentrification of certain neighborhoods slows down. We need to vote for that and actively pursue it.

At the end of the day, the world is better when it’s more diverse (in income, race, sexual orientation and all the trimmings) and I miss all the friends I used to have in London. But all I can hope is that going forward, now that people are more aware of what can happen quickly in big cities, that we’ll all fight to ensure that our cities are a place where EVERYONE can live. Diversification over gentrification. Let’s do better.

If you like this article, please share it! Your clicks keep us alive!
Tags
white privilege
gentrification
gentrifier
race