Take The Cake: For The Queers Who Died Because The World Called Our Bodies Disposable 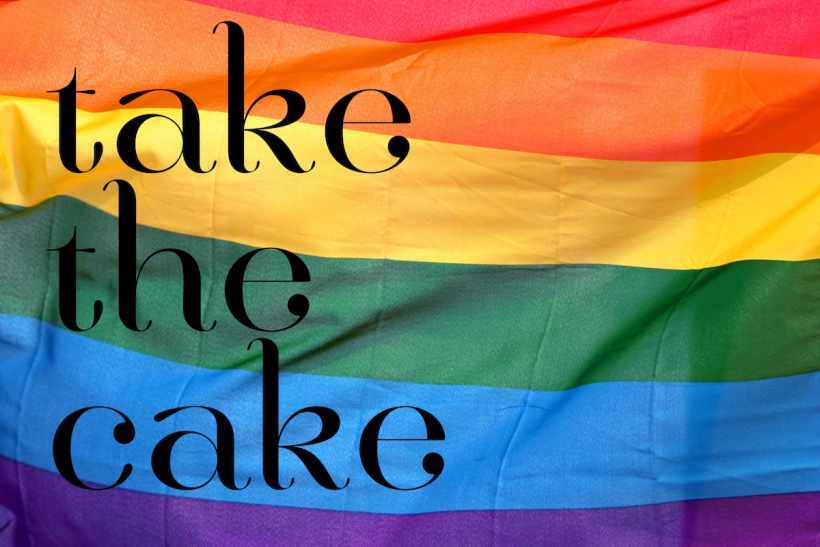 This is a love song for those who showed me there was a thing called freedom, and it wasn’t closed-legged, and it wasn’t passable, that it was expensive and gaudy, and I wanted it, and I didn’t want it.

This is a love song to all the people whose bodies the world has called disposable: fat, queer, black, femme, woman, poor, disabled, gender variant, crazy, immigrant, sex worker, bitch.

You changed my life. You saved me.

The drag queens who taught me the power of wig glue,

the tender hearts who showed me that I didn’t have to hate everyone who could hurt me,

the fat babes who decorated their bodies with sequins,

the salty bitches I spill tea with,

the bespectacled party hopper who always has a coffee in his hand and a “GRRRL” in his heart,

the dancing alcoholic who writes about sucking every dick in San Francisco,

the artist who wears snakeskin boots,

the party promoter who wears fur and eats late-night tacos and donuts with me in my hooptie,

the dykes who boo the mayor,

the dykes who draw other dykes in their sketchbooks,

the poet with borderline personality disorder,

the witch who makes me chicken while regaling me with stories of the South,

the queer philosopher who showed me the value of Showgirls,

the chanteuse who sings about being a slut,

the keepers of realness,

the ones who risk their safety so that the rest of humanity can be closer to god.

For every party that started with the serving of food and gossip and ended with a shared blunt and Stevie Wonder. For every vigil held to remember the slain, the sick, the marginalized.

For every inconvenient phone call made. For every cinnamon roll and swig of vodka shared. For every care package sent. For every tarot reading offered. For all the wishes for healing and for revenge.

For those who opt into a visible strangeness and those who don’t get to choose; those whose difference is written on the body, in the gait, formidable in your vision and vulnerability — I love you.

This is a love song for those who showed me there was a thing called freedom, and it wasn’t closed-legged, and it wasn’t passable, that it was expensive and gaudy, and I wanted it, and I didn’t want it.

When we talk about the drive for assimilation we are talking about gathering all of our precious resources — emotional, financial, spiritual — in the dogged pursuit of a cheap invisibility, the kind of invisibility that leaves us catatonic, empty bellied, and violently un-shiny.

I didn’t want freedom. I wanted weight loss. I wanted boyfriends whose muscled bodies inspired envy. I wanted to be lifted up on the shoulders of these men like a baby girl who never grew up. I wanted a string of pearls, closed-mouth laughter, a mortgage, golden handcuffs, and to end every night embraced from behind in a big white bed, sent to sleep with the conviction that the world is wonderful and safe for everyone because it is wonderful and safe for me.

I remember being a Sunday School teacher. I was 12 years old when I opted into adulthood, having parented myself for years due to what can only be called an intergenerational emotional barrenness that left me thirsty and capable. I told 4 year olds stories about Noah, about spontaneous blindness, about tiny miracles.

But when it came time to “make the sale” for Jesus, I just couldn’t do it.

I remember wondering how 30 year olds could tell a tiny person who perhaps grew inside them, who came out of their pussies or their balls, that there was a hell they’d burn in if they didn’t live in fear of a capricious and decidedly imaginary dude.

The pastor put up posters in the women’s bathroom for my replacement.

I called a meeting, telling him he was a coward.

For those who opt into a visible strangeness and those who don’t get to choose; those whose difference is written on the body, in the gait, formidable in your vision and vulnerability: I love you.

We are taught that our greatest strength is the seat of our shame.

All the small violations we navigate that make us invincible, all the knowledge we are compelled to carry that make us versatile, the ability to talk our way into and out of anything, the art of making a dollar out of 15 cents.

The art of using makeup as war paint, talking back, altering clothing that wasn’t made to fit us, finding the biggest earrings on clearance, creating archives filled with secrets, doing our nails, smacking our lips, orgasms earned through a war on our backs, failing at being simple, big heart survival.

These are your greatest accomplishments.

The disposable person is the witness, the observer who makes the lie real through recognition.

Make no mistake that before any gunman walks into a club and kills 49 people — most of them queer, most of them Latinx — that the culture has already done the work of dehumanizing his victims.

Make no mistake that you, the queers whose final gesture was celebration, are priceless, precious, irreplaceable, perfect, cherished, loved, remembered, mourned.