Ask Erin: Help! I'm Having An Affair With A Married Man 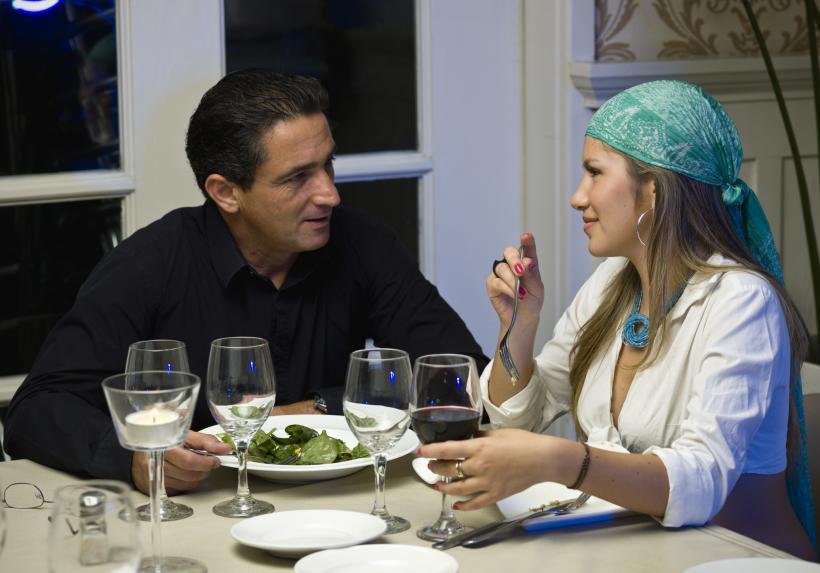 It’s not the age that bothers me. What bothers me is that he’s married and he’s the father of my little brother’s only real friend. Image: Thinkstock.

I recently started sleeping with a much older man.

He’s old enough to be my dad too, actually. He’s got four kids — all with different moms (one who is my age). But he likes all the same shit as me; he pays attention to me. He’s obsessed with my big butt and I love it. I love the way he holds onto me and kisses me and fucks me.

I could tell right away he liked me by what we talked about and how he would touch my arm and stuff. I knew. Because my brother and his son are 6, it’s been easy to get shit past them. They don’t understand what's going on.

I’ve always had a thing for older guys, so it’s not the age that bothers me. What bothers me is that he’s married and he’s the father of my little brother’s only real friend.

I really like him, and it’s not like I have any expectations for him to leave his family; I wouldn't ask him to do that. I’m just afraid I’m really going to fall for him, which is just not going to end well. And then I wouldn’t be able to take my brother over to play with his friend... This is important, because he’s finally going outside to play instead of sitting in the house playing video games.

Do you think I should end it, for my brother’s sake?

I’m going to tell you what you know is true, but you don’t want to hear.

Yes, you need to end this, immediately, and I’m going to break down the reasons why:

I get it, I really do. When I was 19, I had a brief affair with a married man who was in his 40s. They had no children, but nothing about it ever made me feel good.

Yes, I had temporary excitement or pleasure in the moment from being pursued by a much older man, who was bright and interesting and sexy. But I felt badly about myself for participating in someone else’s deceit. Their marriage was not my business, but I couldn’t knowingly participate in a situation that was bound to end badly, for all of us.

Your situation is complicated further by his children and your brother. Don’t fool yourself into thinking 6-year-olds notice nothing.

Although they may not understand exactly what is going on, it is highly likely that they are aware of the energy and the way that makes them feel.

It’s not fair to use their play dates to participate in this affair.

The man in question has all sorts of red flags flying high, and it’s clear that you know what they are, or you wouldn’t have outlined them in your email.

This man sounds like a serial cheater who is using your lack of experience to his advantage. That doesn’t mean that you bear no responsibility, because you do, but he is using his charm and his experience to manipulate the situation.

Lastly, I hope that you can come out of this situation knowing that you want and deserve more than this, more than being a dirty little secret for a member of the mid-life crisis set.

I often pose this question to people when they find themselves in unhealthy relationships: If this was your sibling/best friend/child’s relationship, is this what you would envision for them?

Is this what you would want for them?

All of the reasons you were attracted to him are valid, but I promise you that you can find those same qualities in a man who is not the married father of your brother’s best friend, 20 years your senior.

You asked why you go for men like this. That’s something worth looking in to, maybe with a therapist, because life is too short to waste months or years on unhealthy relationships.

You need to end this, because it will end badly if it continues, and the fallout from this will affect far more than just you.

If you have a question for me about dating, marriage, sex, affairs, hypnotizing food videos, addiction, The Bachelorette, the 90s, dolphins, or anything at all, email me at rarelywrongerin@gmail.com. As always, your anonymity is golden. xoxo