Having Very Curly Hair Is Challenging, But Not For The Reasons You'd Expect 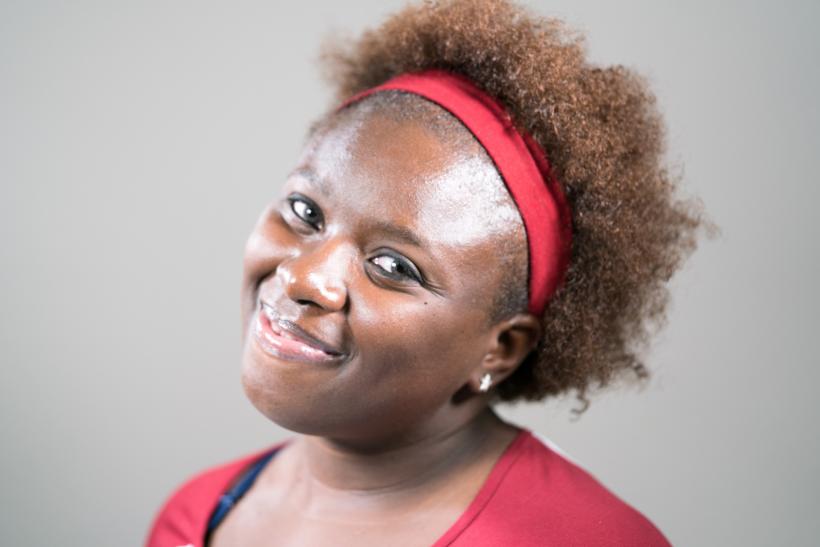 "I had to learn how to properly and safely detangle kinky-curly hair. I had to be patient in the process of discovering what my hair liked and needed — and what it didn't." Image: Thinkstock.

I still vividly remember the day I cut it.

I was in the second semester of my second year of undergrad. After spending almost my entire life getting relaxers, I decided at the end of high school that I wanted to return to natural. I saw a picture of two-strand twists and just had to have that style.

To this day, I'm not 100 percent sure what kept me from cutting it sooner.

I think it was mostly that the huge transition of graduating from high school and moving to a new state to start college kept my mind preoccupied.

But I also just didn't know what to expect.

I essentially had no role models. Getting relaxers to chemically straighten hair is, among the women in my family and many other Black American families, just as much religion as Jesus himself.

But, as my mother would say, I've always been the type of person that knows what she wants and believes in, and doesn't budge, whether it's popular or not.

While there have always been Black people who've worn their hair in its natural state, with our various kinds of curly hair — from very loose curls to, like mine, very tight — when I returned to natural in March 2007, it was decidedly still quite unpopular to do, particularly for Black women.

(As you may know, women experience the brunt of the abrasive nature of society's “beauty ideals” — and that's certainly no different for us.)

And I came to the realization that I had no idea what I was doing.

As “going natural” (or, as I prefer, “returning to natural”) has become much more popular and mainstream for Black women in the last few years, there are many products and resources that cater to our wants and needs. But when I returned to natural, the resurgence was only just starting; there wasn't nearly as much (factual) information and support out there, in real life or on the Interwebz.

The truth, though, is that it's never really been the hair itself that was the struggle. Those kinds of questions just play into the status-quo narrative that curly hair — and Afro-textured hair in particular — is more difficult to deal with and, extrapolating from that, less-than or inferior in some way.

I had to learn me because I was never given a chance to.

People often act like this is easy or shouldn't be hard to grasp, but when you've literally spent your entire life not even knowing what your real hair feels like, it takes time to get used to that, especially when you have no one and nowhere to go to for solid advice.

For years, while relaxed, I thought my hair was dark brown. It wasn't until about two years after having been natural that I realized, while styling my hair in the mirror in my dormitory, that my natural hair color is actually off-black. The combination of the relaxer's chemicals and sunlight had had an effect on my hair color over the years.

Cutting the relaxed ends off in 2007 revealed my true hair color — one of the many discoveries I've made on this journey. This journey has proven there are always new discoveries to be made.

When originally given this prompt, by a different publication, I was asked to talk about the struggles of having really curly hair: What are the top X reasons having your kind of hair is a struggle?”

The truth, though, is that it's never really been the hair itself that was the struggle.

Those kinds of questions just play into the status-quo narrative that curly hair — and Afro-textured hair in particular — is more difficult to deal with and, extrapolating from that, less-than or inferior in some way.

No. Overwhelmingly, my struggle with my hair has been the negative reactions and experiences I've had to deal with due to others.

Not the way my strands lay or the routines I engage in to keep it healthy and styled the way I want.

What I've learned from having extremely curly hair is that it's fabulous... and so am I.