I Took My 1 Year Old To A Punk Music Festival. Here's What I Learned 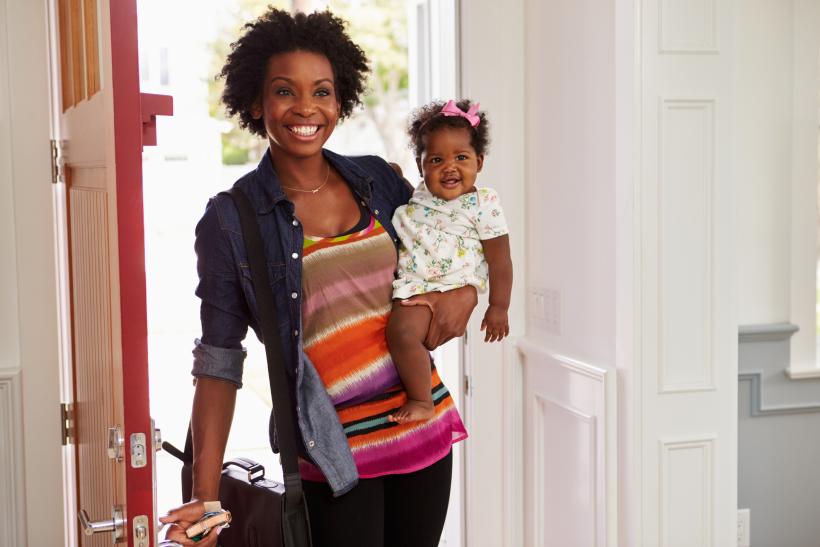 "We are counting it as a win. We left early, but it was still a huge win." Image: Thinkstock

The punk rock festival I was at with my wife and child was scheduled to go all day Sunday, with folks packing up to leave early Monday morning. But when I woke up Sunday morning, already sweating in the summer heat in our tent, I knew we’d be on the road sometime later that day.

My wife and I had agreed to “play it by ear” and take off whenever the baby seemed like he needed us to, but it turned out he was still excited about everything, and it was me that was done.

Over a breakfast of cereal in the dewy grass, I told my wife that I wasn’t feeling my best. It was nothing about the festival that was really the problem. It was just the weather, specifically the constant soul-crushing heat.

It may have been tolerable, but for all the nursing. Our beautiful, wonderful, angelic 1 year old still breastfeeds quite frequently, and I am the nursing parent in our little queer family.

It was 91 degrees at nine in the morning, and all of that added up to the baby just not getting off my tits. On the upside, I didn’t have to worry that he wasn’t staying hydrated enough for the heat. Between carrying around his little sippy cup, demanding water out of our water bottles, and flopping into my lap to nurse ever single time I sat down, that child was getting his fluids.

But me? I was an exhausted, dehydrated mess.

I slugged down as much water as I could with my morning coffee, willing myself to feel like a human again. In the end, we agreed to hang out with our friends for a few hours, and then hit the road in the early afternoon, and that is exactly what we did.

I somehow believed that with the experience of the drive there under our belts, we could be more efficient and make it home in less time. That was not the case, because, as it turns out, babies make everything take longer no matter what you do. We got home exactly nine hours after hitting the road.

When people ask us how the festival went, I tell them that it went way better than I had imagined, which is absolutely true. I’m a defensive pessimist, so I had thought about all of the things that could go wrong.

I had gone into a three-day festival telling myself, “We might have to turn around right away; this might just not work.” Instead, it mostly worked beautifully.

Our child enjoyed listening to music, meeting new people, eating all of his meals outside, and the novelty of sleeping in a tent. Almost everyone we talked to was excited to see him, excited to see a queer punk family making it work.

We proved to ourselves, and our community, that people (often) underestimate babies when they keep them at home all the time and imagine that having a very young child means they can’t do anything fun. But it was also really hard.

We got to be that for people, and it was rad.

There was another side to it, of course, which is that doing anything with a baby or small child can often be a really tremendous amount of work.

There’s just no getting around it, and other than one half-hour spell where he sat with a good friend of ours while both of his moms took a swim, one of us had to be with him the entire weekend. And let’s be honest, because I’m “boob mom” and he was nursing even more than normal, it could never really be divided 50/50.

All of that was fine, but it was often just fine, and there’s just no denying that it was a very different trip than it would have been without a kid.

For example, we arrived late Friday night, and left Sunday afternoon, and while I wasn’t aiming to avoid drinking at the festival, I had all of two beers the entire weekend. Between knowing I was always about to breastfeed again, having a toddler trying to grab everything out of my hand, needing to be aware, and desperately trying to stay hydrated, there was just no way much drinking was going to happen for me.

I’m not a huge drinker to begin with, and I definitely didn’t want to get drunk, but it would have been nice if I’d been able to sip at least one of my two beers fast enough to “loosen up a little.” It wasn’t in the cards.

Similarly, I realized after we were on the road home that although I spent hours and hours sitting on the grass nearby the venue listening to the music playing while my kiddo hung on my arm and bobbed his head to the beat… I only actually saw two bands perform the whole weekend.

I still had a great time, and I’m not really complaining! But I went to an, ahem, music festival. And I was so busy with childcare and childcare logistics that I didn’t even notice that I wasn’t exactly going to the shows until it was over. I mean, I guess I still heard plenty of great music.

We are counting it as a win. We left early, but it was still a huge win. We proved to ourselves, and our community, that people (often) underestimate babies when they keep them at home all the time and imagine that having a very young child means they can’t do anything fun.

Our kid was more flexible than we had imagined, and the experience did our entire family a world of good.

But it was also really hard.

There is also the ever-present reality that no matter how much you love your children, childcare continues to be work. No matter what kind of trip you take with a kid, it’ll never be relaxing the way you always thought vacations were supposed to be relaxing, because a trip with a kid is a trip that you work through.

And as much as I want to take my child camping one thousand times now, I also never want to have to check his entire body for ticks in a 90-degree tent while he screams bloody murder ever again.

If you like this article, please share it! Your clicks keep us alive!
Tags
parenting
Music
festival
baby
traveling
camping
motherhood