Dear Men, This Is What You Need To Know About Feminism 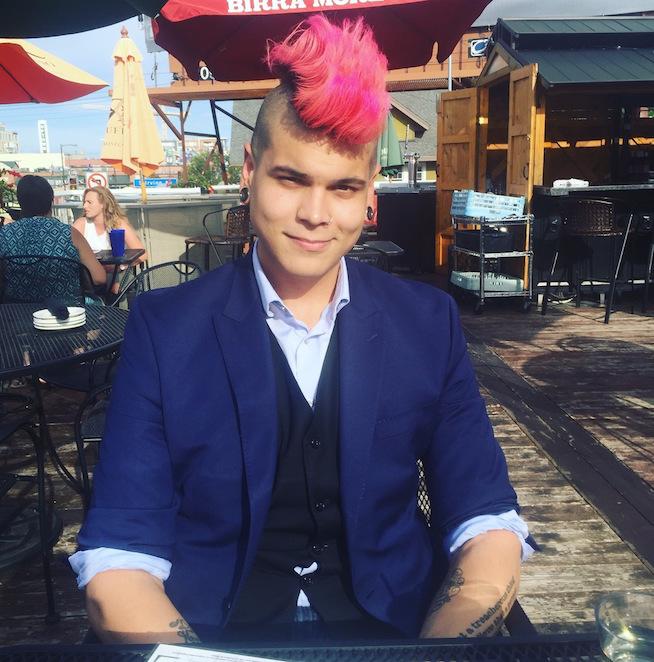 I’m writing to you because I want to have a discussion.

I’m writing to you today because I’m a feminist who’s also a man. I’m an ally, and as such I do my best to be aware of and openly support feminism while having the benefit of not being subjugated by the system we currently have in place. I’m writing to you today because the best thing an ally can do while living with the privilege of a flawed system is to use that privilege to try and fight the flawed system—in essence, the fact that you’re more likely to listen to me than a woman is exactly why I’m trying to speak to you.

I'm writing to you today because I've been where you are.

For most of my young life, I saw "feminism" as a dirty word—a term for “unnecessary extremists” who wanted to hurt and belittle men under the guise of seeking equality. In my time, not only have I found this to be patently untrue, but I’ve discovered that most often the issues men face are, in fact, a byproduct of the patriarchal system that feminism works so hard to confront and try to dismantle.

I want to address some of the questions and comments I often hear from men trying to discredit feminism.

If it’s about “equality,” why isn’t it called equalism or something?

Systemically speaking, we live in a society that undervalues and oppresses women, and the driving force behind the movement needs to support the idea of empowering women. Creating equality between men and women primarily means addressing and eliminating the problems that women face in our world—problems that are rooted in the gap between men and women socially, financially and legally. In the same way the Black Lives Matter movement seeks equality by bringing to light the injustice and inequity posed against people of color, feminism approaches an important issue by highlighting the way it provides privilege for one group while subjugating another.

Feminism is not a dirty word, and it is not an extreme word. If you truly believe in equality, then you must be a feminist, and refusing to use that word because of its social context means you don’t support their equality. Refusing to take a stand in the face of injustice is siding with the oppressor.

Why do I need feminism as a man?

Well, kind of a shitty way to phrase that, but alright.

The patriarchal system in place is one that negatively impacts both men and women. Don’t get me wrong, the oppression women face is by far more extreme, deeply rooted, obvious, and harmful. However, the issues men face are more subtle and ingrained into our development. Men are taught at a young age to view vulnerability as a sign of weakness and push it away. We’re also taught that aggression is good and healthy. As a result, we’re building men who are emotionally stunted except for their ability to openly and violently express aggression.

We’re also treated as though there’s a very narrow margin for what constitutes masculinity, and refusing to fit within those lines will have you written off as a “girl” or a “pussy,” which just hammers in how we feel about women. If femininity and being a woman are considered insults, there’s an obvious discrepancy there.

Even beyond that, you need feminism because… it’s the right thing to do. Women are out there getting paid less for doing the same work, being assaulted at an alarming rate, and being held down in general for simply being who they are. It doesn’t matter that the people being hurt are your sisters, wives, mothers, or daughters. It matters that they’re people who are being wronged.

Feminists don’t seem to care about men’s issues, why should I care about theirs?

This is something I’ve heard a lot, but is probably untrue. In fact, there are so many aspects of feminism that are focused on men. There have been dozens of articles written about the problem of forced “masculinity,” issues with men and body image, about fatherhood and gender roles, and so much more.

Gloria Steinem once said, "Men are as dehumanized by the masculine role forced upon them as women are by the feminine role. We need to raise our sons more like our daughters, so we do not cut off empathy.”

Hell, feminists are responsible for changing the FBI’s definition of rape to include male victims. In 2014, a campaign spearheaded by feminist groups changed the outdated definition of rape by the FBI from “carnal knowledge of a female forcibly and against her will” to “penetration, no matter how slight, of the vagina or anus with any body part or object, or oral penetration by a sex organ of another person, without the consent of the victim."

Besides, the fact that so many people seem to have this “they don’t care about my issues so why should I care about them” mentality is such a toxic and poisonous thing. Even if they didn’t care about your problems, which is not the case, ignoring injustice because other movements don’t appear to address your specific injustices solves nothing. In the face of people not seeming to care for you, you should strive to exhibit better behavior than that.

Anti-feminist men, I took the time to talk to you today because I don’t want to believe that you’re fundamentally bad people. Feminism has been taken by mass media, and by those in power, and skewed to the point that it’s portrayed as something bad. In reality, feminism is about empowerment. It’s about support. It’s about breaking down oppressive systems—how men treat women, how men and women view masculinity, how women treat other women, broadening the idea of what constitutes a woman—and turning them into positive relationships that bring out the best in all of us.

You can’t fight progress. You can try, with legislation and shaming, but there’s no way to fight the ever-growing presence of social consciousness. As time passes, we’re learning more. We’re opening up more. We aren’t afraid to talk about these social problems, which is the first step to inevitably remedying them as best we can. As time passes, more and more are willing to speak up and advocate for the importance of feminism, and the revulsion that used to come to those hearing that word is quickly subsiding. Feminism isn’t a bad or dangerous word anymore.

You have two options. You can try to become more aware and come to be an ally, or you can stand with your feet planted, refusing to move as it washes over you. Either way, feminism won’t be stopped. It’s just about whether or not you want to end up on the right side of history.

If you like this article, please share it! Your clicks keep us alive!
Tags
feminism
men
equality
gender