Ask Erin: Have I Ruined My Chances Of Winning Back My Ex-Boyfriend? 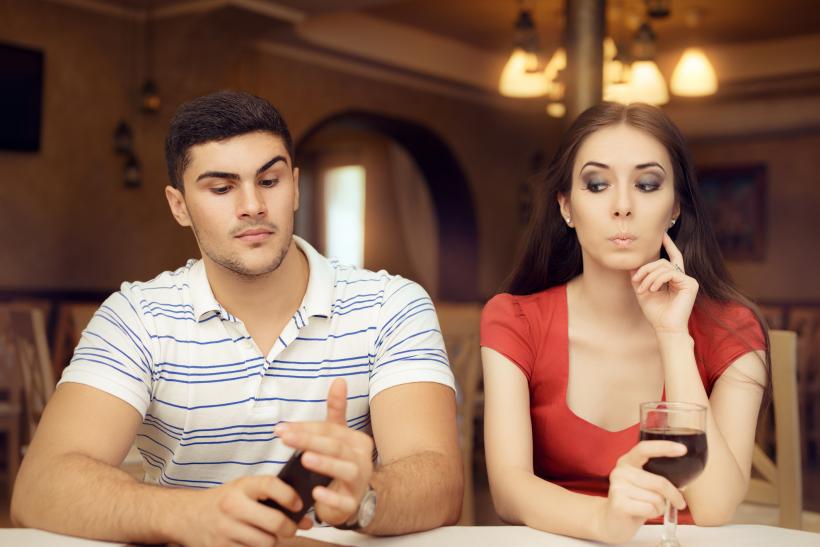 Breaking up is hard to do. Especially with access to your ex's email (Image Credit: Thinkstock)

I need help because I am pushing away my ex-boyfriend. We were together for almost three years and we broke up two weeks ago, because he needs space/a break from me.

Before we broke up, we had not been sexually intimate for a year because he has problems with his libido. His doctor told him he has low testosterone. He was prescribed medications, but they never worked. The doctor also said it might be psychological, since the meds should have worked.

So anyway, I know his email password. I told him when we were about to break up that he should change it, but he did not. I have been reading his emails every day. (I have a feeling he has known I read his emails.)  Last Wednesday, I found something that I didn’t like. He was emailing back and forth with a co-worker about something he had to get done at work. And he joked with the guy that he would get the job done if he put in ANOTHER good word with this secretary (and I know from other emails I’ve read that this secretary flirts with him and has a crush on him). I was livid. I was thinking to myself, WTF, he’s already on to someone else?

So, I emailed him right away. I was nice. I asked him how life was going without me, etc., and then asked him to change his password, and confessed I had been reading his emails.

He explained that the secretary thing is a joke because she is the department secretary of his law firm and he needs to stay on her good side. He also said it was because of this sort of distrust that we can’t get back together.

I emailed him twice more to try to explain, and let him know that he can trust me and I do trust him. No response. I emailed again and asked if this was it, if he’s never going to speak to me again, and that it was just crushing to think he could be interested in someone else. His reply: “First of all, I’m not interested in anyone else. Secondly, I am not in the mood to talk right now.”

I emailed him one last time, asking if no communication is really what he wants. He has not replied. He did change his password, which now makes me feel completely cut off from his life.

Do you think I killed my chances of getting back together with him? I love this guy so much, and this is just killing me. He said: “It’s because of this distrust we cannot get back together.” But there is no distrust! I don’t distrust him. I’m just feeling insecure knowing that we broke up and he can date whoever he feels like. It’s my insecurity that is the problem, not if I trust him.

THANK THE UNIVERSE that he finally changed that email password. I don’t get why you had it in the first place.

I don’t have my husband’s passwords and he doesn’t have mine. I am not hiding anything from him and I trust he is not, either. We both have a right to privacy. What if he were planning a surprise party for me? (Spoiler alert: I hate surprise parties.)

Let’s address the trust issue first. You said it’s your insecurity, not your lack of trust, that caused/is causing problems, but that insecurity is making some part of you not trust him.

Relationships will ALWAYS suffer if there is a lack of trust.

You asked if you’ve killed your chances of getting back together. My question for you is WHY do you want him back? It sounds like he has his own issues, be they physiological or psychological, with his libido.

The relationship ended because he needed space… from you. He’s not lying here. For whatever reason, the relationship was not working for him. He has also been clear that he doesn’t want to be in communication right now. That may be permanent, that may be temporary, but you have to move on as if there is no chance of speaking/getting back together/fixing the situation. Otherwise, you will drive yourself bananas.

Take what he has told you at face value.

So many times, especially when mid-breakup, we look for hidden meaning, scramble for a ray of hope, when the truth is staring us right in the face. And it hurts to see, but in the long run, the faster you face facts, the better off you will be.

Breakups suck. You are feeling lost and insecure and vulnerable. And it’s going to suck for a little while. But it’s going to stop sucking sooner, if you can accept that it’s over, take some self-care action (yoga, walks, nights out with friends, mani-pedi, massage, THERAPY, reiki), and focus on you rather than him.

If you have a question for me about love, sex, parenting, breakups, Season 3 of Transparent (I finished it in two days and can’t believe I have to wait until next year for more), the election (actually no, I can’t take it anymore), malachite, or anything at all, email me at rarelywrongerin@gmail.com. As always, your anonymity is golden. xoxo