Nope, I’m Not Lucky This Time 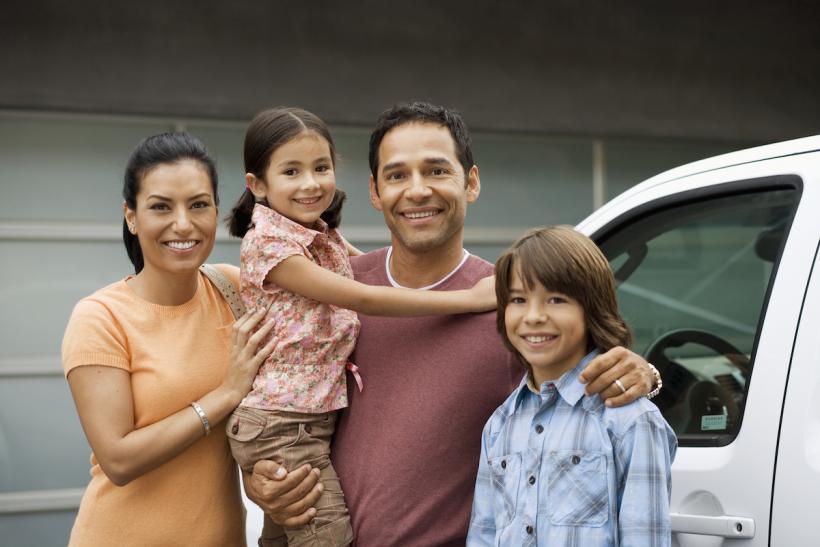 Was I lucky? Yes, but not because I have one child of each gender.

By definition this word means a success or failure that’s brought on by chance. By looking into the literal meaning, I guess you could say that I was lucky. But to me, it’s so much more of a feeling than anything, and that’s exactly why I’ve had it with people telling me how lucky I am.

The comments started a while back, when we announced that we were pregnant with a girl. But last weekend, things kinda went to a whole new level.

Not once, but twice during the weekend I was told how lucky I am. Yes, sometimes being told that you’re lucky makes you feel great inside and smile really big, but this type of luck that everyone was pointing out really rubbed me the wrong way.

“Is that your handsome son over there?” One woman asked as my husband and son got on a ride at Coney Island while I waited on the perimeter with our new little baby in the stroller.

“And is that a baby girl in there?”

“Girrrrll you are so lucky! Keep having them, just keep having those babies! But one of each? Such luck right there!” She finished.

Happiness in parenthood comes in many different shapes and forms and may even differ from day to day, but it will never, ever have anything to do with my child’s gender.

Then the next day while on the phone with my mom. “You are so lucky; you have ‘the millionaire’s family!’ Two is good though, kids are expensive.” She advised me.

I will admit that yes, I did want a baby girl this time around, but only so I could experience being both a boy mom and a girl mom. Nothing more, nothing less.

I started to think about this “luck” even further, because this wasn’t the first time that I heard these types of comments after sharing the news that we were indeed having a girl. Was I lucky? Yes, but not because I have one child of each gender.

I was lucky because we have two healthy children.

Moreover, my husband and I would have celebrated and felt lucky if our sonogram said boy. None of that mattered to us the way that it seems to matter to the outside world.

So no, I’m not lucky this time. Not in the way that many people may think. Happiness in parenthood comes in many different shapes and forms and may even differ from day to day, but it will never, ever have anything to do with my child’s gender.

If you like this article, please share it! Your clicks keep us alive!
Tags
luck
family
Children
life perspective
perspective
grateful