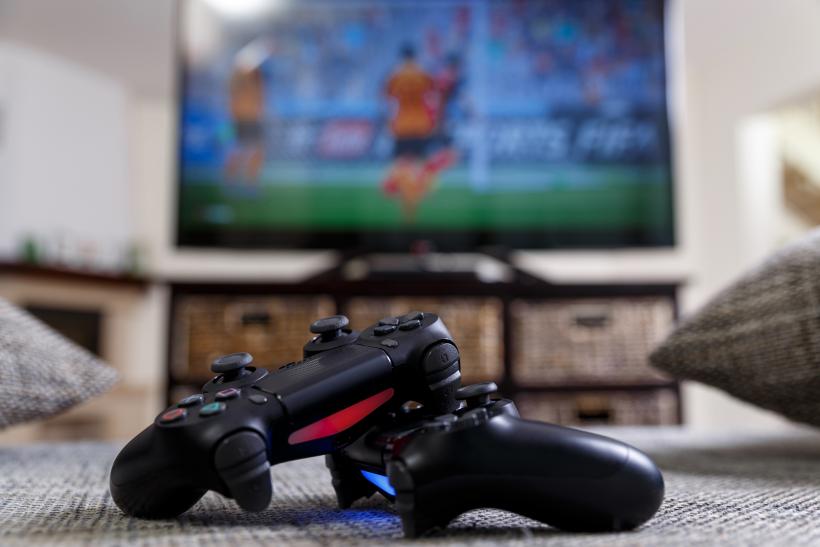 “Nevermind mom, you don’t understand. You’re not a gamer.”

Earlier this week, I picked my son up from the bus stop and headed home with our regular crew of school kids and moms in tow, me pushing my very bundled up toddler in the stroller at the head of the pack. We walked a few blocks, and my nine-year-old chatted with his friends, slowing his pace so that I would be a half a block ahead and he could have a moment that didn’t include his old mom listening. I pretended not to notice. Then, I heard his feet quicken as he caught up with me and excitedly began talking about the latest gaming strategy that he was going to implement after he got his homework done.

“Okay,” I said to myself, “just pay attention and ask questions accordingly.” I figured that, heck, I’m a mom and therefore superhuman, so I should be able to do this.

I tried. I really, really did try to fully tune into everything he was telling me. To focus. To take in what he was saying. To be interested without getting him to stop the gamer talk. I could feel his joy as he talked about what he watched last night on Youtube. I could tell how much sharing this with me meant to him.

So we walked the last few blocks, him talking and me listening. Then all of a sudden he stopped and muttered the words, “nevermind mom, you don’t understand. You’re not a gamer.”

That stopped me in my tracks. How could I, a pretty involved mom, not understand something that my nine-year-old was interested in? I thought I was at least pretending my best to be in tune with the new words he introduced and why it’s so amazing that there are millions of people on Roblox.

But he was right. I didn’t get it, and I probably never will.

Truth: trying to digest on a daily basis that my son is so much more interested in having an Xbox remote in between his hands than a soccer ball, football, basketball, or any other sports equipment, has been tough for me.

Thinking back almost ten years ago, when the sonographer shared that I had a baby boy growing inside me, I was so enthusiastic about doing all of these little boy things. I imagined sitting field side with the juice boxes and being the coolest soccer mom around. I yearned for trips to the park, our local museum, and playing in the dirt until we needed to bathe. I imagined the path that our life would take and how all the things he was interested in would align with my passions.

Now I realize how wrong it was for me to have these expectations.

My son swims and writes and does arts and crafts, hops on his bike every chance that he gets and has brought tears to my eyes as he’s climbed to the highest peak when he goes indoor rock climbing. He’s active and has the biggest appetite for life — but he’s most interested in gaming.

I, on the other hand, have a lot of trouble understanding the gaming world and the fascination that it draws. It probably boils down to the fact that I wasn’t exposed to video games as a kid, so it never became an interest of mine. I’m the oldest of four children, and during my 31 years, these gaming consoles only became popular when my younger siblings were at “that age” to start playing. I was more interested in what the latest boy band was up to.

I know that just became he’s my son it doesn't mean that we need to share everything in common. I know it’s okay that we have this difference. I guess I just always thought that whenever it came to his passion, the thing he was most stimulated by, that it would be something that I at least understood.

As my son gets older and spreads his wings, I need to keep in mind that we will not always like the same things. I have to get over that so he can grow and become the person he's meant to be. I would never want to cripple his passions. I want to encourage him to do what he loves and follow his heart.

If you like this article, please share it! Your clicks keep us alive!
Tags
gamer
video games
mother
son
parenting