Pregnancy Helped Me Appreciate My Body 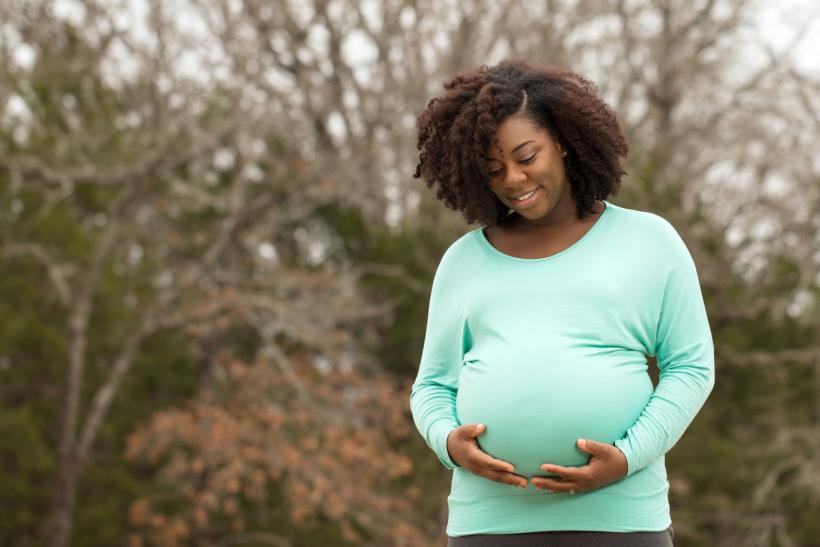 Pregnancy demands a lot from the body.

I was lucky enough to avoid a great deal of body negativity growing up. Some of it had to do with my family and friends being positive role models, though I’d be lying if I said a large part of it didn’t have to do with the fact that I had a naturally athletic build that was relatively easy for me to maintain. However, the fact that I didn’t hate my body didn’t necessarily equate to me being content with my body.

I was always pushing myself to the absolute limit, as far back as I can remember. As a gymnast, I would push my body to do impossible things, and I reveled in the feeling of accomplishing the next big stunt. As soon as I mastered one thing, I was already setting my sights on something new that my body couldn’t yet do. I focused more on my deficits than I ever did my successes. There was always something more that I wanted to achieve. That’s a “winner’s” mindset, right?

Because I was so obsessed with pushing myself, I lived in a constant state of pain from twisted ankles or sore muscles. Even when I eventually quit gymnastics, I always seemed to find some way to challenge my body. I fell into the mindset that my body needed to be pushed, and my mind could be trained to push it further. I would train through the hurt, and ask my body to do it all over again the next day. To do it better.

When I was in college, and my life shifted away from organized sports, I began pushing my body in a different way - fighting off constant exhaustion and mistreatment. I would eat terrible food instead of making an attempt to nourish my body. Frozen pizzas that only cost a dollar would leave more cash for booze, and what college student doesn’t prioritize their budget that way? I would drink heavily, not learning my lesson even after severe hangovers. My body kept proving to me that it could do it, so I kept on upping the ante. I would procrastinate on term papers, staying up until 4 or 5 a.m. writing, even if I had a 7 a.m. class to attend mere hours later. I took on ridiculously rigorous class schedules while working full-time to pay for school. It didn’t matter how I was feeling as long as I was achieving the goals I wanted to accomplish.

However, when I became pregnant my senior year of college, I was forced to take a long hard look at the abuse I had been putting my body through for years. My first trimester was a physical nightmare, full of morning sickness and exhaustion. I couldn’t keep up with my schedule. I was not physically able. I had to reduce my course load, spreading classes out over the summer in order to keep me on track to graduate before giving birth. I had to scale back my duties at work, and be more mindful of the physical and emotional energy I was pouring into my job - into all areas of my life. I had to learn to slow down, because there was no other way.

Growing a tiny human was not an easy feat, but I was finding it so much more fulfilling than putting my body through the ringer just because I could.

As my pregnancy progressed, I found myself for the first time being kind to my body. I would try to eat food that would make me feel good (doughnuts were often on that list, but so was whatever fruit I could stomach on any given day). I went to bed when I was tired, even if that meant sleeping a whole twelve hours and passing out before watching my favorite shows. I did yoga because it seemed to help me with my morning sickness and made me feel connected to my body and the baby. Growing a tiny human was not an easy feat, but I was finding it so much more fulfilling than putting my body through the ringer just because I could. Although I had dreaded slowing down when I first became pregnant, it was an eye-opening experience that made me truly appreciate my body for the first time in my life.

I always thought I had a good relationship with my body because I enjoyed pushing myself and making my body “better.” But expecting it to perform at such high levels without giving it proper care wasn’t an act of self-love at all. It wasn’t until I was able to marvel at the inherent strength of my body through pregnancy and childbirth that I really understood how capable and amazing my body was.

I was able to create and sustain a life in addition to my own. I was able to bring another human into the world in a seemingly impossible way. I didn’t need to manipulate my body by mastering my mind. My body knew how to take care of this baby, and once I began listening to my body, I finally understood what it needed.

I’d like to say I don’t push my body to its limits anymore, but it inevitably happens from time to time. Motherhood is physically consuming. I am constantly fighting to find more hours in the day. However, now when I recognize my body is struggling, I remind myself how much it does. Instead of pushing through the pain, I try to appreciate my body, and do my best to make peace with my limitations.

If you like this article, please share it! Your clicks keep us alive!
Tags
pregnancy
birth
body image
body positivity