Was A Vote For Trump Automatically Malicious? 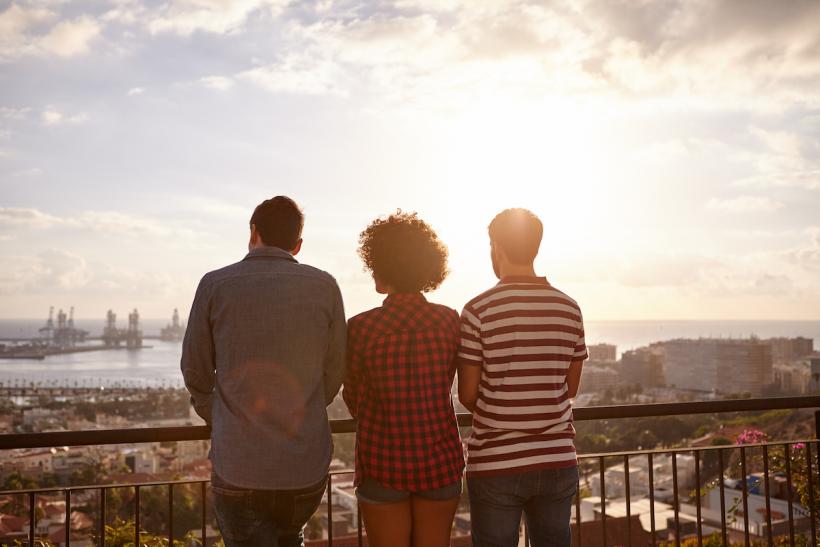 We need to recognize that there is suffering everywhere, that suffering is relative, that people are mostly good, that they are mostly trying their best.

There is anger today. It is visceral. It’s on Facebook. It’s on Twitter. It’s in the streets of the cities of America. It’s at the family table where fundamental beliefs don’t always align.

People are frightened. That fear has manifested itself in anger. It is tangible. It is justified.

It feels impossible to find the logic here. But for those of us who have the unique privilege of not fearing for our very lives, we have an opportunity, even a responsibility, to exercise compassion, to stretch our minds in order to understand. From our comfortable chairs in our comfortable homes where we have food and shelter, all that we need, and much of what we want, we have the safety, the security, to warrant the reflection that others don’t have the capacity for today.

This reflection may not be comfortable. We may not feel capable of looking past our anger. We may not see that those folks who seem against us, might not be against us, as much as they are for themselves. We may not be able to see past the obscenities that some members of their faction scream. We may not realize that their screaming prevents us from hearing the quiet voices asking to be heard, sharing their own real fears.

The elite of both sides of party lines have failed. They have failed to realize that there is real distress in real places in America that aren’t necessarily swing states. They have underestimated this distress. We didn’t see it under what seemed the bigger issues. We saw Trump as unelectable. But we failed to consider desperation. This is a desperation that forces people to consider any option, all options, to secure their pathway to survival. Not wealth, not comfort, not prosperity, just an existence that is more than counting nickels to buy milk.

This desperation opened their ears to hear the voice that was the loudest. That voice was Donald Trump.

There are people in the small towns across the country living in abject and desperate poverty. Obamacare made promises it couldn’t keep. Their insurance premiums have become irrelevant; they can’t afford insurance at all. Their health is in a constant state of flux because they are chronically ill and can’t afford preventative care. The jobs they had are gone — they’ve either left the country entirely or shifted to the hubs. As things become automated, blue collar labor becomes scarce. How can they survive if they can’t even work? If there is no work for them?

These people are looking for change. They are in desperate pursuit of something better. The last eight years have tainted their opinion of the current system. And Hillary is part of that system. Hillary is synonymous with more of the same, and more of the same hasn't worked for them.

When we look for poverty, it’s easy to see it in the inner city, in the homeless on the streets. And it’s easy to miss the people that can barely put a roof over their head or that share a roof with a dozen people. They aren’t poor enough to be a feature story. They are just poor enough to not know if they’ll eat next week. Their skin color offers them a privilege that they can’t really cash in on, because their jobs are gone, their electricity is shut off, there is no food in their cupboards, there is no hope in their future.

There are also regular folks. Not exceptional folks, just the folks who grow your food and deliver your babies and take care of your sick pets. They are behind you in the grocery store line. These are folks who love their neighbors but hate Hillary Clinton. These folks don't hate the LGBTQ community. They aren't implicitly racist. They are confused. Angry. Convicted. They want their guns. They are scared of having those rights taken.

They were given two viable options and were forced to choose between someone they hate and someone that hates others. The choice was obvious to me, and probably to you too. But it may not have been to them.

I'm going to say what no one wants to hear, these people are desperate too.

These people aren't necessarily actively trying to hurt anyone.

YES, a Trump presidency will hurt people. And those who will be hurt are reeling in the face of that frightening reality. But I'm not talking to those people right now. Those people need space to process their fear, and be left to do it. I'm talking to people like me, the people who can still stand on their feet without fear. Those who have the emotional space to hold rage at bay and think about how to move ahead together.

We need to stop yelling.

I recognize the responsibility I have: to use my privilege in order to reach those who otherwise may not be willing to have that conversation. By letting them know they are heard, they in turn might listen.

It was malicious for some, but for many, even most, it was an act of attempted self-preservation.