Your Photoshopped Fetus Creeps Me Out 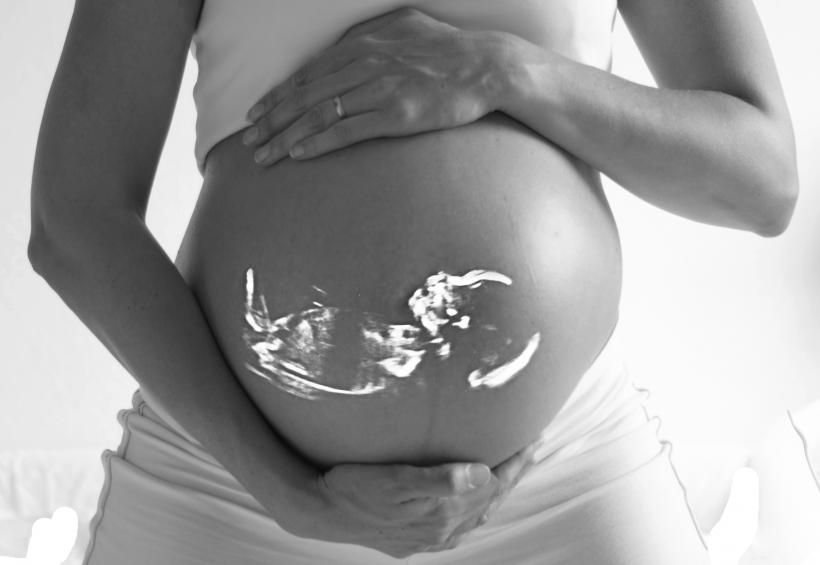 Then you had the oh-so-brilliant idea: What if you combined the maternity shots with the ultrasound pics so that, like, it looked like you could see the baby inside your belly?! This would be so, so cool.

Except it would not be.

The ultrasound photoshopped onto your pregnant belly makes it look like you’re about to give birth to Alien. No one ever does these pictures proportionally; if they did, your fetus would be too small to see, and it’d look like some weird gray jellybean in your lower tummy. Instead, photogs like to blow it up so it takes up the whole belly, a la some full-term nine-monther. So scientifically, I’m just annoyed. Aesthetically, I’m less than pleased because holy shit that thing looks like a freakish death-creature.

It is not cute. It is not adorable. It is a medical documentation that your baby has two feet and two arms and a brain with functioning hemispheres.​

Let’s just all as a human race hold hands, sing kumbaya, and admit that ultrasound pics look like something out of Dia de Los Muertos rather than an actual human baby.

See all that documentation at the top, like your name and the technician’s name and your date and the due date? That means it’s all medical and shit. Medical shit is private shit. No one wants to see your grinning death’s head, much less the one blatantly showcasing that your fetus is a "masculine" fetus. And somehow, that’s always the one the photographers end up using.

These things always have to be in black-and-white, because duh, you don’t get color in an ultrasound. So that’s one photoshop job there on its own. Then there’s the actual fetus-to-belly photoshop (which, as mentioned, is never proportionally or anatomically correct). Then there’s the standard eye-wrinkle, zit, and fat-line photoshop that most photographers of this caliber give as standard. You’re three layers of photoshop deep before you even have a workable picture of this thing. You’re relying too much on someone’s good judgment and too little on actual reality. Never a good thing.

And the poses. Sweet baby Ray, the poses. There’s the classic partner-with-the-hand-on-the-belly — and I say ‘partner’ because don’t think your lesbian card makes you immune to bad taste. There’s the child-with-the-hands-on-the-belly, which makes it look like he or she is about to squish the fetus, which is probably exactly what he or she would like to do, sibling relations being what they are, and knowing how much attention a sweet, precious, farting baby is going to take away from them in a few short months. There’s the fake dandelion blow, which means more photoshopped seeds. At this point, really, are we photographing or just using Paint?

And the entire scene has to be backlit so everything looks black. This is the classiest way to do the fetus-in-fetu pic, but there are other ways. Oh, there are other ways. You can always dim it down to gray, then black out the belly. This makes it look less like the baby is glowing with some unholy light and more like it’s actually sitting there curled up like the world’s most freakish kittycat. You could always go full-color and black out the belly, which is the scariest and the worst. For the love of all things holy, make it black and white. Please. At least then your little gremlin will match the background scenery.

But any way you hack it, it looks freakish.

Hung on your wall or gifted to in-laws, it’s never a good idea to photoshop your evil-looking fetus, the only human-looking part of which is an enormous penis, onto your distended belly. We see your belly. It’s in there. We get it. There’s no reason break out the photoshop skills. We have imaginations, and trust me: my idea of what’s in your belly is a lot more palatable than the alien creature.

If you like this article, please share it! Your clicks keep us alive!
Tags
pregnancy
maternity
parenthood
photography
humor
babies