Put Down The Powder Puff, Mommy 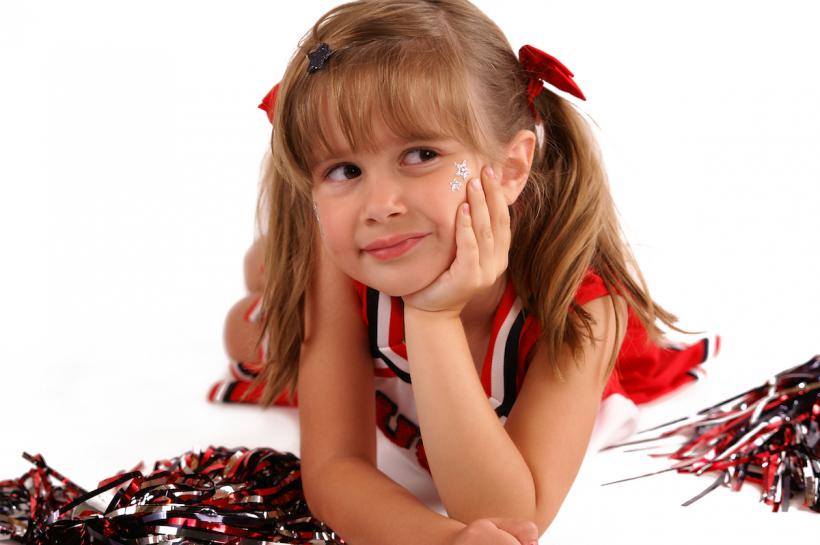 They don’t need to look like anything other than their fresh-faced selves, conventions be damned.

I’ve put makeup on my sons before. My middle guy went through a phase when he was four, and he wanted to wear eye shadow. I let him pick the color. Of course, he chose his favorite color, black. He looked like a little raccoon. I have no shame, so I took him out in public. My husband wasn’t pleased.

“If he were a little girl, you’d never have done this,” he said.

For my son, makeup was a signifier of curiosity, plus David Bowie had just died, so there was a hint of Ziggy Stardust going on. For a daughter, makeup is a sign of sexuality. You can’t get around it. Make-up is meant to make you more attractive. And in the case of little girls, attractive to whom? Pageant judges, for one. Dance judges. Cheerleading judges. People who are going to tell her if she’s good enough to win a trophy or not, in sports that typically objectify and sexualize little girls.

Moms, step away from the powder puff.

When you huzzy up your seven-year-old in full-face makeup — and she’s isn’t playing an extra on a TV show — you’re sending her a message: you aren’t good enough. Lots of moms argue that the makeup’s necessary because their faces wash out in the bright lights. There are two solutions to this. You can ditch the bright lights, everyone can sponge off the Glamoflauge, and the kids can perform in ponytails and dewy faces. Or everyone can agree that their faces will be washed out, pull off the fake eyelashes, and do their routines with the usually pale faces of children subjected to high-voltage fluorescent lighting.

But the moms shake their heads angrily. No. Makeup is part of the sport. It’s expected; it’s a convention.

But last time I checked, little girls did not need full-face make-up, complete with raccoon eyes, to tap-dance across a stage, or clap and do their little flips.

I’m not talking about teens. I mean girls: six, seven, eight. They don’t need to look like anything other than their fresh-faced selves, conventions be damned. Makeup does nothing but add an element of appearance to these supposed contests of skill.

Now, makeup becomes more of a convention when your daughter’s gyrating suggestively in a costume that comes up to here and down to there. If that’s the case, there’s a whole lot of sexualization going on that has nothing to do with makeup. Everything you’re making your kid do is coming together to make her the object of someone’s gaze. Whose gaze, and for what purpose, you can put together on your own. This is creepy beauty queen territory. You’re making your daughter up for someone else to ogle.

Moreover, any activity that claims you “need” makeup to do it is not a sport. I don’t care how much athleticism is involved. If you need to spend an hour in the mirror and half a bottle of setting spray to do it, it’s not a sport. It’s an activity designed to draw the male gaze while exhibiting some athleticism. No legitimate sport would “need” makeup unless it was for the benefit of the onlookers. Makeup also insinuates that you have to be pretty to participate, and participation is restricted only to “pretty” girls. It emphasizes appearance, and judging others on their appearance, at a perilously young age.

Maybe you don’t like it, but you do it anyway. You’re the one bowing to convention. So stop. Pull your kid from the activity, and put them into something comparatively more wholesome and just as obsessive, like traveling soccer.

Don’t teach your daughter that you have to tart it up to be successful.

She’ll spend enough of her life having people judge her based on appearance. Don’t be the first one to encourage it.

If you like this article, please share it! Your clicks keep us alive!
Tags
makeup
little girls
cheerleading
pageants
sexualization
parenting