I Was My Body's Bully 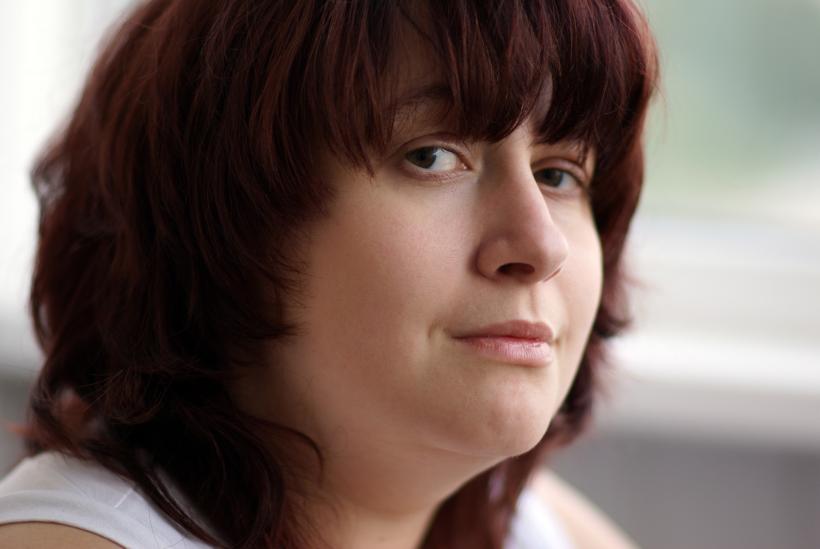 "When my body cried and begged me to be kinder to it, I ignored its requests for compassion and continued to beat myself up." Image: Thinkstock

This wasn’t a neighborhood bully taunting me on my way to school — this is what I said to myself all day long, well into adulthood.

The bully was me, and like most bullies, I relentlessly tormented my victim with verbal and physical abuse.

I was the bully of my own body.

When my body cried and begged me to be kinder to it, I ignored its requests for compassion and continued to beat myself up.

Before I became my body’s bully, I was the defender of the bullied.

Mike, a boy in my second-grade class, had a masculine name that didn’t go with his effeminate demeanor. Since Mike wore makeup and carried a purse at age 6, this made him a prime target for the schoolyard bullies. One afternoon, when Mike was being bullied on the playground, I couldn’t take it and confronted his abusers.

“Leave him alone!” I screamed. I wasn’t afraid that they’d turn on me — I saw my friend being attacked and felt compelled to stop it. I felt like a grade-school superhero, protecting the innocent from harm.

In high school, I stood up to our class’s meanest boy and demanded that he stop tormenting Ricky, a boy with mental disabilites. The bully stopped, but my action earned me the nickname “Mrs. [R-word] Boy,” which he called me every chance he got until we graduated.

How could I be brave and kind with other people but cruel to myself?

There were instances when I was the victim of bullying by other people. My neighbors Albert and Martin would put my bike on top of the telephone pole, and call me “fish face” because of my large eyes.

While it doesn't excuse their behavior, I had a sense that they did this out of a weird kind of love, and didn’t take it too personally.

My brother verbally bullied me, calling me fat well before I had began putting on any significant amount of weight. When he moved away, I replayed the tapes in my head of his abuse so often, that in time, they became my own.

Since he seemed so convinced I’d get fat, perhaps it was my destiny and I shouldn’t try and fight it.

The inner voices began to grow in strength: “You’re not only fat, but lazy too.”

I’d diet for a while and then eat horribly. As a teenager I could do without seeing many health consequences — but I ate that way for decades.

I got to the point where I indulged myself constantly, thinking that because I had suffered, I deserved to have that piece of cake or cheeseburger or both.

When we’re young, we believe we’re invincible and that the bad things we inflict upon ourselves will never catch up to us. Our bodies try to let us know that they’re not okay by giving us subtle clues like stomachaches and indigestion, but we ignore them.

It’s not normal to have to run to the bathroom every time you eat lunch, but somehow I never made the connection that it was my body’s way of saying, “This food isn’t just unhealthy, it’s harmful.”

It may seem strange to think of illness as a form of your body fighting back, but how else can it communicate with you and get you to notice it?

Anything positive I tried to do, such as therapy or exercise, my inner bully would shut down: “It won’t work; you’re stupid to think you’ll ever change.”

I worried that people were judging me harshly so, before they even got a chance to know me, I would distance myself from them. I became reserved, as I didn’t want to be seen as the sloppy fat girl that my inner bully said I was.

At some point, the healthiest thing you can do is to confront your bullies, no matter how long it’s been since they bullied you.

When my body could no longer take my bullying, it started to fight back. At age 28, I was diagnosed with endometriosis. This would have been a good time to start to make healthier choices, but I did nothing.

It may seem strange to think of illness as a form of your body fighting back, but how else can it communicate with you and get you to notice it?

When I was told that I was getting osteoarthritis in my knees because of my weight, I figured that I still had a long way to go before complete knee destruction and that I could continue to maintain my unhealthy lifestyle and still be mobile.

As time went on, my body fought harder and harder to get me to pay attention to it in a positive way. I twisted my ankle in a gutter (which isn’t easy to do), and afterwards, my knees really began to disintegrate. If I had lost weight, I might have been able to prevent my knees from being destroyed, but instead, I continued to disregard my body's needs by eating high-fat and sugary foods.

Then my body hit me below the belt, with gout. I questioned how could I get gout, when I didn’t even drink wine. Every gout attack was so painful that I’d rip my nails off as a way to counter the pain. Gout was the supreme punishment.

I was diagnosed with high blood pressure, high cholesterol, and diabetes — all illness that are associated with being overweight. I could see getting some of them, but all of them?

Throughout all my body-bullying, I thought that death was the worst thing that could happen to me. I didn’t know that constant pain, and not being able to function as you once could, are far worse. I had wasted my health and was looking at a future full of pain.

I had to stop bullying my body and listen to it. I needed to practice self-care and learn to love my body instead of hating it.

My body and I became partners, not adversaries. I understood that it was the only body I’d get and I had to take care of it and fight for it.

I’m no longer the bully of my body, but its advocate and protector.

Now when I look in the mirror, I try to focus on a positive, like, “You have a great smile,” or “Look, your arms are getting some definition.”

This helps to silence and take the power away from my inner bully and rekindle the friendship between my body and myself.