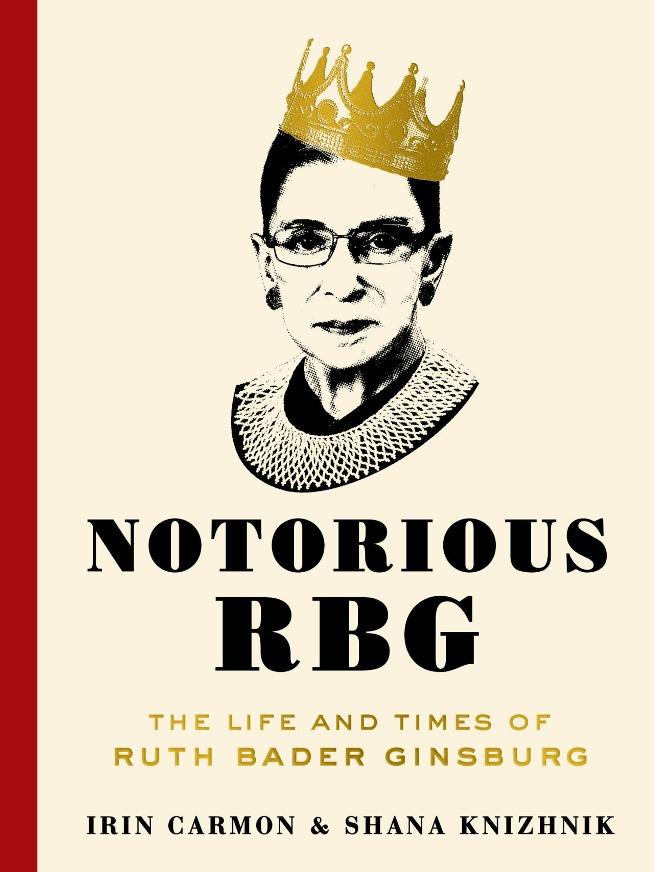 I want to talk about three takeaways I got from reading Notorious RBG (I could probably write 754 pages on the subject, but I’ll restrain myself).

Ruth Bader Ginsburg is not the first woman on the Supreme Court, but she is a woman and she is one of those nine justices.

She’s also tiny and quiet and won’t take any of your nonsense. In a new book I can only describe as "fan nonfiction," Irin Carmon and Shana Knizhnik combine adoration, biography, legal stuff, and photos. It’s pretty great, even if you aren’t into strong role models, people who get things done, true love, fairness, responsibility, telling it like it is, and other basics.

I want to talk about three takeaways I got from reading Notorious RBG (I could probably write 754 pages on the subject, but I’ll restrain myself).  Really, the book made me so happy:

Women are not all the same.

There’s talk of when two women were on the Supreme Court: blond, conservative Sandra Day O’Connor, and brunette, liberal RBG. The point being, when one woman does one thing one way, there is a tendency to extrapolate and say that all women are that way — the same problem often shows up whenever a scenario includes a token minority person. But with two very different women, all of a sudden the various possibilities two very different women can present are clear.

This should be obvious, but I love the dramatic juxtaposition of these two genius women in particular. Now we’ve got three Justice Ladies and they are, of course, not cookie-cutter molds of each other. As it ought to be.

There are amazing male allies out there.

My absolute favorite part of the book, the part I’ve talked about to anyone who will listen, focuses on RBG and her husband Marty. I fell in love with him the more I learned about him, so much so that I was very, very sad when I learned of his death.

Here’s the best part: “He wanted them to marry and keep on working together, at Harvard. His idea was, Marty later recalled, 'to be in the same discipline so there would be something you could talk about, bounce ideas off of, know what each other was doing, and we actually sat down and by process of elimination came up with the law.' Marty had dropped his chemistry major because it interfered with golf practice, so medical school was out. Harvard Business School didn’t accept women. So they settled on law.”

If that isn’t the most romantic thing you’ve ever read, something’s wrong with you. Most of us hope for a relationship like Marty and RBG's today, in 2015. The fact that this happened circa 1954, when they wed? Even more impressive.

Sometimes I forget that there are great men in the world — men who aren’t part of the problem; men who want an equal companion. Marty made my heart sing, and I’m so glad their relationship made RBG’s path forward a reality.

RBG’s dear friend on the court is Antonin Scalia, someone as opposite her in every way possible. He’s rotund, Catholic, conservative, and loud...and yet the two have found common interests and respect. I’m not super-good at doing that: looking for what I have the same as someone who bugs me. I felt chastened reading about their long-standing friendship. Granted, they both like opera so maybe that helped.

In a section called "Odd Couples," the book quotes RBG: “I was fascinated by him because he was so intelligent and so amusing. You could still resist his position, but you just had to like him.” Their families entertain together, they have traveled together, and of course they are stuck working together. I find that strangely reassuring when I think about the difficult issues before the Supreme Court — perhaps the Justices are better than I at putting aside personal feelings and getting to the heart of the matter.

I’m a sucker for an interesting woman, so Notorious RBG is obviously my sort of book. But even if you aren’t into law, take a read. There’s plenty of excellent pictures to enjoy as well as crib notes on important legal cases. So read it. Just do what I tell you. RBG and I will never lead you astray. 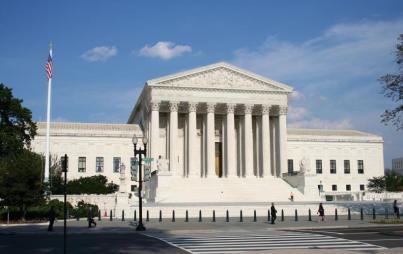 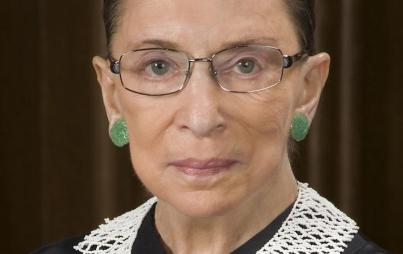 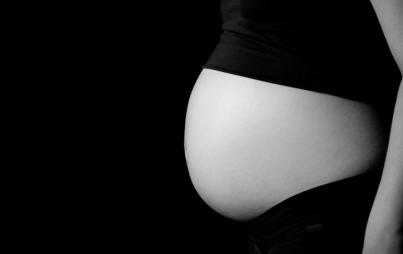 When It Comes To Pregnancy Discrimination, Equal Is Not The Same As Fair