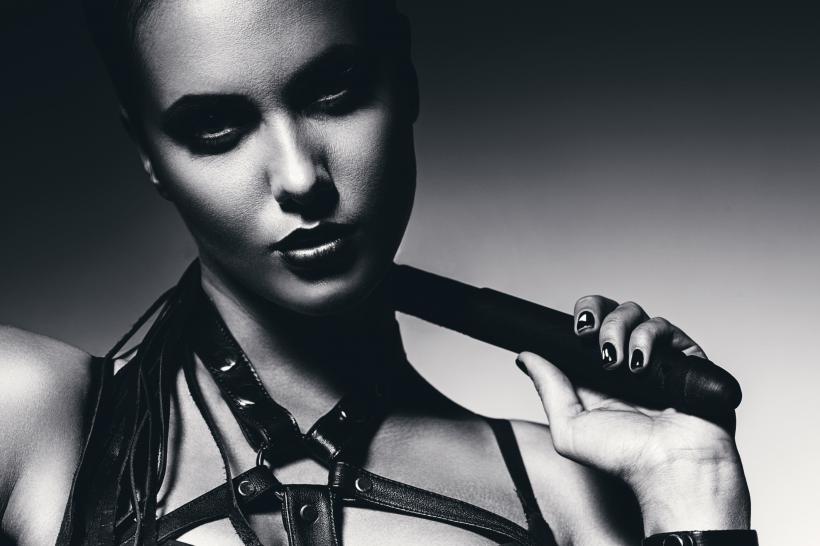 She was my Mr. Miyagi — except she was a cute young woman and there was a lot less karate.

Sex doesn’t have an inherent “meaning.” It’s just a thing we choose to do — or not do.

Neale Donald Walsch once wrote that “life begins at the end of your comfort zone.”

For me, it was less of a zone and more of a blanket fort — small, inviting, and easily taken down by a stiff wind. At 20 years old, I’d never felt too compelled to branch out and try new things. My dating history was almost nonexistent, and that was fine with me. I was insecure and anxious about being close to anyone, let alone having sex.

In the spring of 2013, I met a woman on OKCupid. She was petite, with a kind smile and a voice so soft that it could melt all your troubles away. Her shock of red curls went down to her shoulders — and because of this, and the fact that we no longer speak, let's call her Ann.

Ann was a few years older than I, wise and mature. She also, it turned out, spent her professional life beating up strangers for their sexual satisfaction. (Mind you, this was not on her OKCupid profile.)

I was hesitant at first. At the time I found out, I was so far from my comfort zone that it was basically a dot on the fucking horizon. But this woman had caught my interest in a way no one ever had, and in the months following would go on to teach me things that I still value to this day.

We’re about to talk about sexuality a lot, but I’ll keep it as PG as I can.

She showed me how to connect with a sexual partner.

1. Sex isn't a performance — it's something you share with someone.

The first time we slept together, I was incredibly nervous, for a lot of reasons. I had only recently “lost” my virginity (don’t worry, we talk about the social construct of virginity later) and had only had sex two times before we met. If people are sexually active, I was the guy who bought a gym membership on New Year's Day and hit the treadmill twice before never going back.

My anxiety was obvious. My hands trembled as they touched her skin, my voice shook as we whispered to one another.

With a gentle curtness, she looked into my eyes as she spoke. “Why are you so nervous?”

“That's okay,” she said through a soft laugh as her hand grazed my cheek. “I'm just a person who likes a person and wants to share something with them. It's as simple as that. You're not here to impress me; you're not here to give a performance. You're here because you want to be, and if you aren't comfortable, then we can stop.”

I'm sure it was less cinematic than that, but the memory has the feel of a Wes Anderson film — beautiful and deceptively simple. I could feel the knot in my stomach loosening as I realized that I wasn't about to try to dazzle someone with way more experience than me. I was there to be close to someone I cared for and it didn't need to be any more complicated than that.

She spent time teaching me her moves; but more importantly, she showed me how to connect with a sexual partner. She was my Mr. Miyagi — except she was a cute young woman and there was a lot less karate.

Before meeting Ann, I placed a lot of value judgments on sex. This wasn’t because of any religious or personal beliefs — I had just convinced myself that sleeping with someone to whom you were committed was the “moral” way of doing things.

Ann and I were in that hazy it’s complicated relationship area where I wasn’t sure whether or not we were actually together. When I told her how I thought being “together” was the only “right” way, she got upset and sat me down for a talk:

“Understand that you can do whatever you want and I respect that. But I also don’t want you to fool yourself. Sex isn’t good or bad, it’s just a thing that we choose to do — or not do. The idea of 'virginity' is bullshit that's used to shame people, especially women, into feeling bad about their sexuality. Virginity isn’t even a thing! It’s a word for never having done something. I’ve never gone horseback riding, but I don’t use a fucking phrase to describe myself as 'not a horseback rider,’ like that somehow makes me more 'pure.'”

In retrospect, what she was saying was pretty obvious: Sex is just an act we can choose to do with someone; the “morality” lies in what we and our partners are comfortable with.

3. You’re allowed to own your sexual identity.

We’ve been getting a bit introspective here, so let me tell you a funny and embarrassing story.

One night, Ann and I met up for drinks at a bar near her place. She was always dressed cutely, but tonight she decided to get dolled up in a glittery sundress and glittery makeup. After a few rounds, we went back to her place for some “alone time,” only to discover a massive house party being thrown by her roommates.

It became clear pretty quickly that privacy wasn’t an option. But that never discouraged Ann.

She stood there for a moment. Then stamped her foot, grabbed my hand, and led me out into the hallway, where she pulled me out of the window into the dark of the fire escape.

Over the next 15 minutes or so… some stuff happened.

Once everything was all finished, she kissed me on the cheek and led me back to the party. I couldn’t see her face, but I could hear her giggling with delight at this obviously brilliant plan she’d crafted. That is, until the door opened and everyone was staring at us.

I didn’t know why, and then I looked at her. The glittery makeup and lipstick she was wearing was smudged all over her face.

Then, I looked at myself.

There was a trail of glitter leading down my neck, onto my shirt, and then a giant stain of glitter surrounding the fly of my jeans.

...I think you know what I'm getting at.

The crowd of people laughed among themselves, but not in a judging way. I was, of course, mortified, but I didn’t detect the slightest bit of embarrassment on Ann’s face as she went to fix her makeup. She was happy that she’d done something fun and adventurous with someone she cared for, and she refused to be ashamed of herself or her sexuality. Confidence radiated from her in all respects, and no matter who she came across, she never felt compelled to hide who she was.

Even her leaving still taught me something.

4. Relationships end — and when they do, that doesn't mean they weren't valuable.

Among other things, Ann was also my first experience with being ghosted. One night we slept together and the next, she was gone.

Over and over I ran through our last night together, asking myself if I’d done something wrong. It hurt for a long time, but eventually I moved on. It wasn’t until a few months later, when I got an anonymous message on my Tumblr, that I really received some semblance of closure:

It’s Ann. I’m sorry for disappearing like I did. Things got real heavy real fast, and I could tell you were falling for me... But that isn’t what you need right now. Our time together was great and I won’t forget it, but you learned all that you could. Now it’s time for you to branch out and find something new. Good luck.

As upset as I was, she was right. I’d met someone who taught me about sex positivity, feminism, body image, self confidence, and ways to get out of a pair of handcuffs. I’d grown a lot since we first met, but looking back at it, what I needed was to use the new perspective I’d gained to learn more about myself and what I needed from a partner.

Even her leaving still taught me something. An ending to a relationship isn’t a failure — it’s just an ending. All relationships end, except the last one, and those endings don’t negate the experiences you had or the things you learned together. A relationship is an agreement between two (or more) people to grow together, to inspire and bring out the best in themselves and each other.

Sometimes it lasts forever and sometimes it ends. In those moments, when you’re alone again and feel like you’re back at square one, know that you can use those memories to become a stronger, better, and more caring partner for whoever falls into your life next.