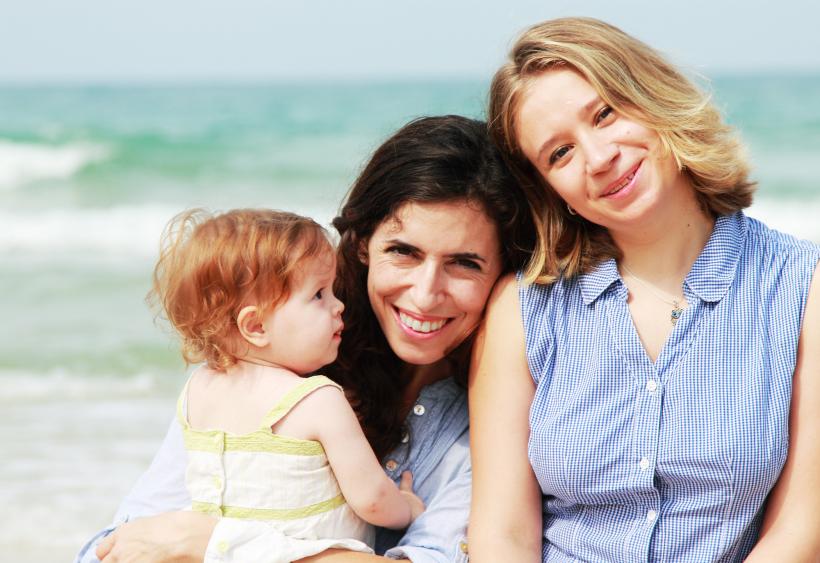 I think there are some real advantages offered by moving away from compulsory heterosexuality! Image: Thinkstock.

Being a queer person often means facing a lot of unique challenges, challenges that straight people just don’t have to grapple with.

It can sometimes be very difficult and even scary to be a queer person in this world, and that’s even for those of us who are lucky enough to have other privileges that make it easier.

For example, I’m a white cisgender woman living in the United States, so, relative to a lot of other LGBTQIA+ folks, I’m fairly safe and comfortable.

Yet, I still face homophobia on a fairly regular basis. And while my marriage is now legal, it’s still perfectly allowed for me to be denied housing or even fired from a job for being (or even seeming) queer.

Injustice remains all around us, and we talk about it a lot — and rightfully so!

But today, I want to talk about something else.

Because in some ways, being queer is actually pretty freaking great.

Part of that is probably just that whole “living your truth” thing. Being openly queer is satisfying for me because I am queer, deep down in my weird little soul.

But also, I think there are some real advantages offered by moving away from compulsory heterosexuality!

I find myself, from time to time, reflecting on how glad I am that I’m not straight. I think we should be celebrating that!

I think that, even though we continue to face adversity (hell, particularly in the face of adversity), we should remember that queerness has its advantages.

Here are 5 ways that being queer is so much more than just fine — it’s actually wonderful.

1. There’s no map for my romantic relationships.

When you throw one assumption out the window, often others follow. When I was attempting to identify as straight and date straight men, I found that everyone brought a lot of assumptions to those relationships.

There were so many things that went unspoken because they were wrapped up with our understanding of what it meant to be in a relationship, or to be a boyfriend or girlfriend.

In my queer relationships, everything was different. When we were alleviated of the assumption that romance was a boy-girl thing, everything else fell to the side as well. Rather than assuming that both (or all!) partners were on the same page, we sat down and hashed it out.

People have vastly different emotional needs, and the only way to get them met is to talk about what they are.

Once I started identifying as queer, that became much, much, easier.

In addition to that lack of assumptions helping everyone actually get their needs met, it can also prevent folks from falling into some pretty unhealthy power dynamics.

Working against cultural assumptions is just that — work — and even the most equality-minded heterosexual couples can sometimes slip into gendered norms that cause frustration and pain for all parties.

Though it’s certainly possible for non-straight folks to fall into some crappy dynamics (I’ve met butch lesbians who expect to dominate their partners simply because they’re butch, for example) I find it doesn’t happen as often.

The norms, insofar as they exist for queer people, are less ingrained, and therefore easier to avoid.

If you want equality in your relationships — and I certainly do — this can be extremely helpful.

3. People are less likely to see our roles in our relationship through a heavily gendered lens.

Once, I was sitting at the bar with a straight friend while she explained an impossible choice she and her boyfriend were facing. The relationship was getting more serious, and they wanted very much to live together, but she was also considering moving across the country for grad school.

She put down her beer and said, “If I decide to stay for him, then I’ve failed at feminism, but if he decides to go with me, then people will say he’s emasculated.”

I thought about it for a few minutes, and then found myself saying, “Gosh, I feel so sorry for straight people.”

It was sort of funny at the time, but the fact is, I meant it.

The fact is, when my partner and I are deliberating over topics like where we should live, who should compromise on what, and how to best get our needs met, we pretty much never think about it in terms of how we’ll look to outsiders according to our gender. Instead, those conversations stay about what they should be about: how to best get everyone’s needs met.

At this point in my life, I’ve been completely out for seven years (for a long time, I was out to everyone but my father and his family). I’ve done some exceedingly gay, and frankly weird, things in my life.

And the people in my life? Even the really “normal” ones are totally over it.

I basically can’t surprise them anymore (well, I suppose I could become an accountant).

Which is great, because it removes a lot of pressure to be normal. When I was planning my wedding, literally no one questioned my decisions to wear a green dress and top our cake with ceramic unicorns.

While the straight people I talked to about it had caught a bunch of flak for things like wanting to walk themselves down the aisle or not wanting to get married in a church, my wife and I were more or less free to do whatever.

And that has continued to be more or less true for other aspects of our life as well!

In heteronormative culture, there is this assumption that when you say the word “sex” you are talking about one very specific act, and everyone knows which act you’re talking about.

That can lead to defining other sex acts as secondary, or “just fooling around” — and also some pretty unfair assumptions about what’s going to happen when you jump into bed with somebody!

But for queer people, the definition of sex doesn’t have to be so specific.

That’s great for talking about sex, but it’s also great for having sex. It’s a hell of a lot easier to loosen up and have fun, and let yourself be exploratory, when you don’t have the idea of what’s “supposed” to happen hanging over your head the whole time.

Straight people, it isn’t that you aren’t awesome; so many of you are!

It’s just that, while you enjoy the numerous advantages that your straight privilege allows you, I’d like to celebrate the little things that make being queer totally rad.