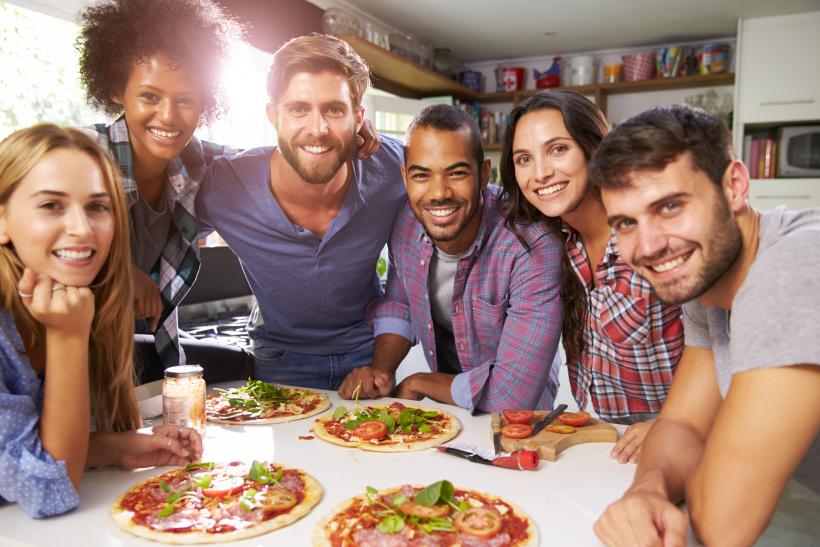 When you’re living with roommates, almost all of the house is “communal space” in which you sort of have to be ready to interact with someone at any time. Image: Thinkstock.

I don’t think there’s a single person living with mental illness who doesn’t know how isolating it can be.

From the vague feeling that something is wrong with you to the nagging voice in the back of your mind whispering that no one cares, it can become really easy to distance yourself from your loved ones over time.

However, this situation becomes a little more complicated when those loved ones also happen to be your roommates.

My roommates have been some of my closest friends for a while now, but they weren't aware that I live with bipolar disorder until a few weeks after I first moved in.

In the month or so since, I’ve learned a lot about the way we approach our interpersonal relationships when living with mental illness, especially with those who are closest to us — both emotionally and literally.

Here are 5 ways to handle your mental illness when you live with friends:

Start with the most daunting and intimidating part: telling your roommates about your mental illness.

Personally, I’m an open book when it comes to discussing mental health (if you couldn’t tell by me writing about it), but I do feel that you shouldn’t feel obligated to tell everyone in your life.

This isn’t because of shame, mind you. There is no shame in living with mental illness — it’s just that there might be people in your life who aren’t capable of giving you the emotional support you need. In no way does that mean they don’t care for you — they just might not have the perspective needed to help you.

The good thing is, we live in a day and age where mental illness carries less stigma than it used to.

Mental illness is more normalized in our times, and if your friends aren’t also living with it, they’re at least more likely to know others who are.

Tell them about your mental illness. Give examples of how it affects you (I haven’t been sleeping; I’m having trouble vocalizing my feelings; etc.) and how those in your life can best support you.

Be sure to mention the good things, too. Tell them how your mental illness has made you more patient or more able to understand what you’re feeling, so they know that the good comes with the bad.

When you’re living with roommates, almost all of the house is “communal space” where you sort of have to be ready to interact with someone at any time. If you’re making noodles in your underwear at 3 in the morning, be prepared for someone to come down for a drink of water and to have weird late-night small talk.

During this time, it’s important to remember that you deserve to have space — whether it's your bedroom, or some other space that you and your roommates can agree on — that is unequivocally your space.

You deserve a haven, where you can go to take a step back from the world around you when it becomes too much.

It’s important to define those boundaries, because eventually you’ll have a day where you just can’t interact with people. It’s OK to not have it in you, and it’s vital to remember that you have somewhere to go.

There’s something almost nomadic about living with mental illness. Often we feel the need to “go it alone,” because we’re worried about acceptance or fear being a burden on someone else.

Here’s the thing: You aren’t a burden. The people in your life care for you.

They want you to be happy, and they’ll usually go out of their way to help in any way they can.

It’s OK to handle your mental illness on your own — you know your own brain best, after all. There is still great value in learning when to reach out, when to tell your friends that you need support. Even just telling your roommate you could use a hug is a step forward.

In the long run, it’ll help you to continue to nurture these friendships while easing the weight your mental health puts on you.

4. Be aware of your behavior, especially during disagreements.

It’s a fact of life that roommates fight. You can’t spend that much time around someone and not be at least a little annoyed by them.

When you get into disagreements, remain aware of your behavior — even when you get emotional.

Now, things like bipolar disorder are by no means the sudden bursts of anger that TV makes them out to be. Nonetheless, an emotional situation exacerbated by mental illness can still lead to you reacting harshly to what feels like an attack.

When this happens, you’ll know. You always know. Explain to your friend what triggered you into reacting so harshly, but be sure to apologize for your actions. Your mental illness is not an excuse to lean on.

Then, start a discussion about what can be done to avoid this situation in the future.

Communication is key to maintaining any important relationship.

5. Remember that your roommates are only human.

Here’s the simple truth: Your friends are never going to be perfect sources of support. That’s because they’re people, and people aren’t perfect. They’re not capable of understanding every single thing you’re going through, because they aren’t you.

They’re going to have their own problems, and sometimes they won’t be able to be there for you.

But they’re going to try — and that can be enough.

Just as you’ll need their care and support, they’re going to need yours too. They’re going to go through tough times where they need someone to listen, and you can be that for them. Never let yourself forget that support is a two-way street.

The best way to understand someone isn’t always to be in their head. Sometimes, the two of you just have to go through your hardships with each other.

You don’t need to know everything they’re feeling. You just have to want to help them feel better.

If you like this article, please share it! Your clicks keep us alive!
Tags
wellness
mental illness
roommates
relationship
bipolar disorder
emotional support