Ask Erin!: Am I Being Ghosted? And How Do I Tolerate An Intolerant Friend? 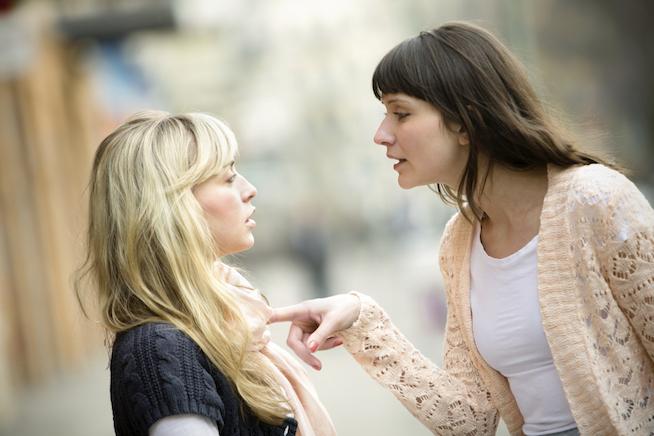 Well, hello there. I hope everyone is having a splendid week. I, for one, am reeling at the realization that we are 3/4 of the way through October. What?! Alright, you have questions, I’ve got answers…

I have a question about how to be more tolerant. One of my friends is just really disagreeable most of the time. I try to be okay with her, but occasionally I get really pissed off, and I’m not the type of person to show that. I keep things bottled up. And we have been friends a LONG time, since college.

But, I can’t take it anymore. If she asks me for a favor, which is often, like advice (which she never takes so I usually say I don’t want to tell her what to do), or money to cover her portion of the check, or to borrow clothes, and I say 'no,' she will literally break down crying and have a freak out. I’m pretty sure our mutual friends feel the same. And it’s like she still acts like a teenager and we are both in our early 30s.

Also, with men — whenever we are in a social situation with men, she’s gets a little mean towards me — puts me down in all these subtle little jokes and has physically pushed  me over so she can sit next to someone when she’s in full on flirt mode. We have been friends so long that I don’t want to end the friendship and I seriously doubt she’s going to change at this point. So what can I do to be more tolerant and patient? How can I keep from being mad at her?

I understand that you have been friends with her for a long time, but drop that rock, lady! We all have our bad days, but it sounds like she is consistently annoying and narcissistic. No adult woman should be behaving like that or putting up with that.

I think you should write her a letter. In that letter, clearly and without drama, lay out for her what specific behaviors are damaging your friendship. Then have that uncomfortable conversation. You’ll know what to say because you’ve already done the footwork in the letter. And, tell her that unless she is willing to work on those behaviors that you can’t be in her life.

As uncomfortable or sad as it may be to have that talk and to possibly walk away from years of friendship, it will be infinitely more uncomfortable and sad to remain friends with her. Good luck and look to your other friends for support.

So I met a guy match last week and we seemed to hit it off. Soon we started texting back and forth, then agreed to meet. We had our first date this past weekend and it was really nice. We had a lot in common and it was a really nice evening!

I was going out of town the next day, so he told me to contact him when I get back. When I was out of town, I went on Match to see if maybe he left me a message...but instead, he had deleted his profile! And according to the time, he deleted right after our date!

Well, when I got back, I sent him a text saying that I was back and how was his day...to which he replied he was good, just finished dinner and was about to go play basketball.  But he didn't ask me how I was, or ask anything about me...so I told him to have fun playing basketball, to which he replied,  “thanks ttyl.”

Later that night, I added him on Facebook and he accepted my friend request.

It's now been two days since I've heard from him. Is he not into me anymore, but was just being nice by replying to my texts that day and accepting my friend request? Or is he still interested? The only thing that really worried me about it is his deleting his dating profile. I mean, could I have really been that bad of a date that he didn't want to do online dating anymore?  Or am I just bugging out and it's just too soon to tell…

Okay, let’s jump off of your questions to get to the bottom of this. Yes, it sounds like he was just being “nice.” (I call it polite. I have no clue if he’s nice.) No, I don’t think he’s interested. And if he is, walk away anyhow because if he is interested he has very poor communication skills.

I have no idea why he deleted his dating profile. Does it matter if it had anything to do with you? Who cares? You went out once — maybe he’s crazy, maybe he’s depressed, maybe he’s been seeing someone else and it got more serious, maybe he’s ghosting or maybe he’s just not that in to you.

You deserve to be with someone who thinks you’re the cat’s pajamas. (That may be the first time I’ve used that in a sentence.) As I have said many, many times, men are quite simple when it comes to dating. If he likes you, he’s going to pursue you. He’s going to make an effort. And for the men that have extenuating circumstances, mental/emotional etc., trust me, you don’t want to be with someone like that.

And yes, you’re bugging out about it a little. Let it go, keep on dating and enjoying your life, and wait for the right man. In the meantime, “ you do you.”

If you like this article, please share it! Your clicks keep us alive!
Tags
Ask Erin
advice
relationship advice
friendship advice
ghosting