Ask Erin: Help! My Ex Is Sending Me Mixed Signals 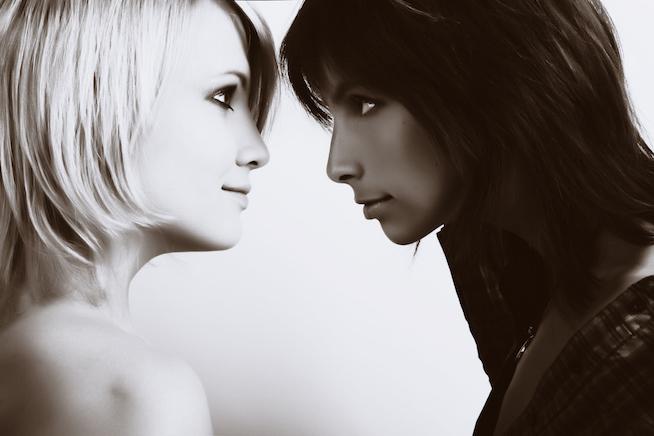 I'm confused: She says she doesn’t want anything with me in the future, but she tells me she loves me all the time (and says it’s not in a “friend” way).

She’s made all the mistakes, so you don’t have to… Ask Erin is a weekly advice column, in which Erin answers your burning questions, about anything at all.

I am a lesbian and am currently talking again to this girl who I’ve dated in the past. She and I dated for seven months, until I cheated on her (which was obviously messed up on my part).

After we broke up, she started dating my best friend who is literally the same person as me. When they started dating, she cut me out of her life. They broke up four weeks later. She then started talking to me again — saying that she just wanted someone to talk to, that she didn’t want a relationship with me. Then, she disappeared again.

About a month later, she came back around when she was sick, telling me she needed me. I'm confused: She says she doesn’t want anything with me in the future, but she tells me she loves me all the time (and says it’s not in a “friend” way).

I'm trying to figure out if she wants to be with me again or if she is using me. What is she trying to do?

There’s a whole lot of confusion going on here, from both sides!

Trying to dissect and differentiate between her actions and words would drive anyone bananas. And it’s easy to see why you are confused, because her behavior is confusing.

But yours is as well. Although I get from your question that you feel badly that you cheated and that you are confused about her intentions, you don’t make your feelings about her clear. I’m going to assume that there are some feelings there or you wouldn’t be asking the question.

I think first and foremost, you need to get clear with yourself on what your feelings and intentions are. She may be just as baffled by you as you are by her!

Once you are clear on where you stand, ask her where she stands. There seems to be a communication disconnect between the two of you, and that is the heart of the problem. That disconnect is likely part of the reason you previously strayed from the relationship. She may well be freaked out by the past cheating and feeling trepidation about the possibility of being hurt and betrayed by you again.

Having an honest and clear conversation with each other is the only way to move forward here — whether that leaves you as friends or as lovers. However, don’t broach that with her until you have done some soul-searching yourself.

If you asked me to guess what’s going on, I don’t think she’s using you. I think she’s confused too.

If you have a question for me about love, sex, marriage, divorce, Purim, parenting, infertility, Super Nintendo, or anything at all, email me at rarelywrongerin@gmail.com. As always, your anonymity is golden. xoxo

If you like this article, please share it! Your clicks keep us alive!
Tags
dating
Relationships
breaking up
cheating
lesbian relationship