Ask Erin: Help! My Male Friend Who Has A Girlfriend Is Hitting On Me 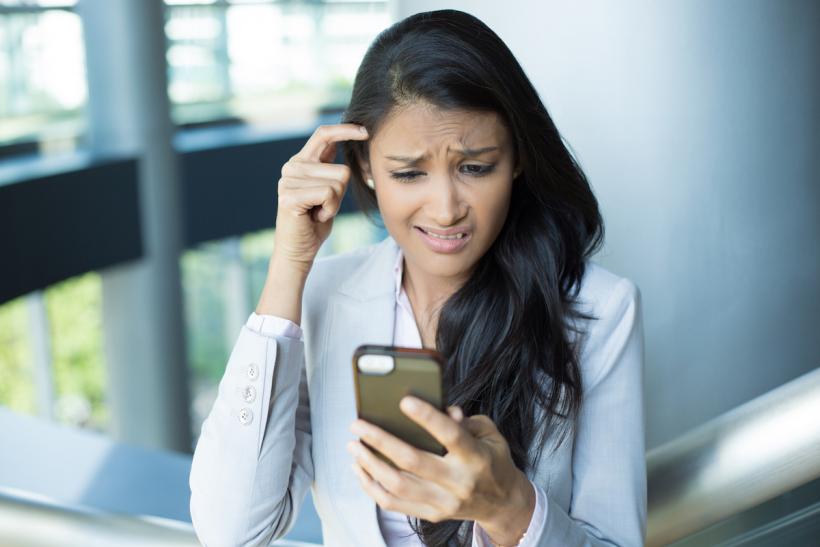 I need your help. I met this guy a couple months ago at church (right?) and I thought nothing of it. I was invited there to sing with a group of guys. I’m used to being around guys from growing up with brothers, but that's besides the point.

So I'm singing here for a couple of weeks, then one of the guys on the team starts texting me outside of the team’s group message. At first I thought it was nice- I didn't have friends there, so I thought he was just being nice- but then it got to the point where he started texting me every day.

Oh, let's get to the complicated part- he has a girlfriend of six years and she wants to get married. I knew this while I've been texting/snap chatting him, but I didn’t want to be rude and not text or snap him back, because I have to see him every week and I don't want things to be awkward in church.

Anyway, I kept telling myself maybe he's trying to be nice- blah blah blah- but then he started calling me cute/beautiful, and gave me a birthday present and asked for hugs. I don't know what to do because he's a cool guy, but I DON'T want to be the other woman. I was cheated on so I know how it is. I don't know how to confront him in a non-awkward way. I just feel bad for the girlfriend. I don’t know if she knows or not.

I cannot count how many times I allowed boys/guys/men to engage in inappropriate communication with me, because I didn’t want to be rude/make things awkward/be a bitch/have to confront anyone.

Then, I grew up a little. If I could go back and talk to my younger self, and when I say younger I’m only talking a few years ago, I would tell myself that it’s not cool when my guy friend or friend’s husband/boyfriend/partner takes advantage of my politeness.

The good thing about age is that we (usually) learn to trust our instincts and stand up for ourselves.

This guy is being inappropriate, in that way in which, if confronted, he could back things up, claiming to “just be friendly.” And, that sucks. And, you can handle this in a way that may make it awkward for him, but really won’t for you, at least not for longer than a moment. You know why? Because you haven’t done anything wrong!

So, tell him, set the boundary, in clear and plain language, either via text or in person. Say this: “Hey, I appreciate the friendship and the birthday gift, but I want to be clear that I am not interested in anything beyond a platonic friendship with you.”

If after that, he continues to call you “beautiful,” ask for hugs etc.- tell him, again clearly, that the physical affection and calling you beautiful makes you uncomfortable and that it would probably make his girlfriend uncomfortable, too.

If he still persists, as sometimes people are wont to do, call him out, publicly if necessary, and if all else fails block his number.

Regarding the girlfriend- at this point, let it be. It doesn’t sound like she’s a big part of your life and that’s his problem. You just worry about keeping your side of the street clean.

Set those boundaries and stop worrying about whether or not he thinks you’re nice!

If you have a question for me about love, dating, sex, breakups, awkward friendships, Agatha Raisin, lentils with burrata, past lives, or anything at all, email me at rarelywrongerin@gmail.com. As always, your anonymity is golden. xoxo

If you like this article, please share it! Your clicks keep us alive!
Tags
Ask Erin
advice
relationship advice
friendship advice