Ask Erin: I'm Being Ghosted — How Do I Get Closure? 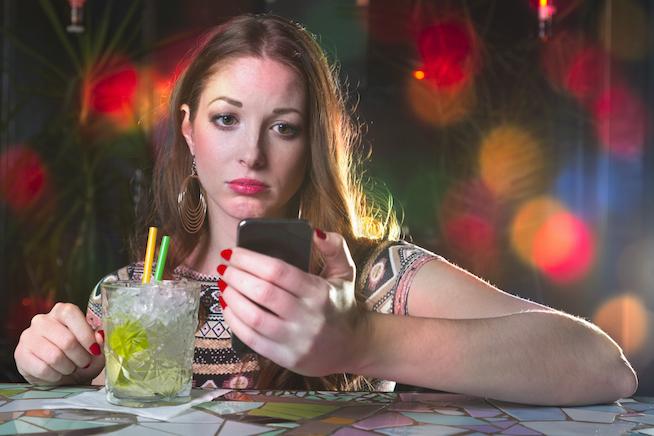 She’s made all the mistakes, so you don’t have to. Ask Erin is a weekly advice column, in which Erin answers your burning questions about anything at all.

I have a problem. I think I already know the answer, but I was hoping you could confirm it.

I met this guy on Tinder who was really sweet and we texted for a couple of weeks before deciding to meet up. The first time we arranged to meet, he blew me off because he wanted to go out with friends. I ignored this red flag and continued to text with him. (He always initiated conversation, btw.)

When we met up for the first time, we got on really really well… Nothing intimate, just a lot of flirting and banter. He texted me right after the date saying it went well; we arranged to meet again.

But he totally forgot what time and place we'd agreed upon and ended up being an hour late. He even told me at the restaurant that I was lucky he showed, because if he didn't really like me, he would have blown me off!

Being the silly fool I am, I ignored it. We carried on with the date and things went well.

Afterward, he texted me and expressed his interest in meeting again. We made loose plans to meet. The night before our third date, I reached out to confirm the plans and got no answer.

I haven't tried to text him since; I've had no contact from him for over a week now. However, we do chat a lot over Snapchat and he's been sending more snaps than usual (whether just to me or to everyone, I'm not sure).

Should I text him to ask what's up? I just want closure!

Hope you can help!

As you said, you probably know the answer to this. But I am happy to confirm it for you.

People show us who they are early on. I discovered over the years that many of us wear “lust lenses” when looking at the behavior of someone we just started dating.

Our attraction can sometimes override the red flags, which you also mentioned.

This guy is not acting like someone who is super interested in the next date, let alone a relationship. And that has nothing to do with you.

At best, this guy is flaky (and maybe has some memory issues): He was an hour late and didn’t text you to confirm the location and time. These are pretty basic in the realm of dating courtesy. The fact that he has ignored your text about meeting up but continues to interact with you on Snapchat is annoying and the last red flag you need.

This might just be how he rolls with women, but that doesn’t mean you should roll with it.

Even if he wants to keep things “light,” he should have the basic courtesies any adult should show their friends, let alone someone they’re dating.

You're dodging a bullet here. Blowing you off to hang with friends, acting flaky and inconsiderate, and being unresponsive to texts while continuing to engage via an app that's really ruled by teenagers — Yeah, I know, I have Snapchat too, but I don’t like that about myself. Whatcha gonna do? — is a preview of what it would be like to be in a relationship with him.

Maybe it’s time to do some ghosting of your own, because continuing to date this guy seems like an exercise in disappointment and dissatisfaction.

Move on. You deserve someone who's less flaky and who can follow through with basic plans — someone who is more of an adult and less of an adolescent.

If you have a question for me about dating, parenting, breakups, unrequited love, frenemies, pizza, açai bowls, Babar the elephant, or anything at all, email me at rarelywrongerin@gmail.com. As always, your anonymity is golden. xoxo

If you like this article, please share it! Your clicks keep us alive!
Tags
Ask Erin
Tinder
dating
ghosting
relationship advice