Becoming Bride: My Wedding Is Next Week 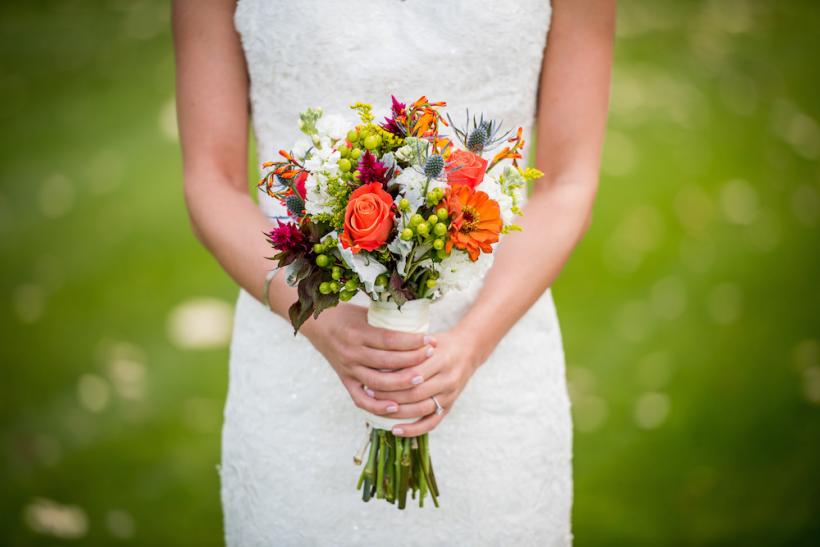 Last night, I dreamt that I was standing in my childhood bedroom. It was the morning of my wedding, and I looked out the window at the front lawn. My eyes met gray skies and sheets of rain. It's raining on my wedding day, and raining hard. Just as this thought occurred to me consciously, the rain stopped and the grey-black clouds parted. As if the force of my will took away the rain, and made instead clear blue skies.

Arran and I decided to have a “real” wedding because we wanted to celebrate our union, and part of this involves bringing our family and friends together, for the first and maybe last time. I know it’s inconvenient, and expensive. Arran and I joke that no one wants to go to a wedding, not really - and maybe that’s true. But (perhaps naively) we had thought of the day as a gift to everyone involved, including ourselves. To me - as I have said from the beginning - a wedding is a celebration of love.

But it’s not always easy to celebrate love. At my bridal shower this past Friday, Stella realized it was her ten-year wedding anniversary. She and her husband are separated and talking about divorce.

Not present was Karen, whose mother is dying - maybe soon. Maybe even this week. Karen is a bridesmaid of mine, one of two. I could go on and on about what she means to me, but that would be another essay. I told her if she couldn’t make it, I’d understand. She said, “I already bought my ticket.”

Karen is expected to arrive the day before the wedding. If not, Suzy is my back up. She seemed honored when I asked her, which is a relief.

Earlier that night, Suzy has been crying, heartbroken over a complicated and drama-ridden situation involving a man she met last month in Ibiza. I told her about an Australian backpacker I once met in Mexico, describing the feeling of loss in my gut on the plane ride back home. Suzy is at least ten years younger than me, and new to this whole intimacy thing, so I feel somewhat maternal towards her. We talk about love versus sex, about chemicals and withdrawal. I tell her, “On our second date, Arran and I fucked for literally ten hours. Our third date lasted three days.”

“That’s what it’s like when you first meet someone,” I tell her. “It is literally intoxicating.”

Maybe what I felt towards Arran on first sight was a sort of, kind of "love."

But real love, like real life (as opposed to life on holiday) is generally more complicated.

Today, when it comes to love, I am sustained. For the most part, I know that I am loved, and this is all I’ve ever wanted.

I know this even if, out of habit, I look around the table at my bridal shower and I count who’s there... and who’s not. Even if Arran and I sometimes argue. Even if I still sometimes feel irritated by my family. I know that I am loved. Even if my first instinct is still to think about how some person has failed me and/or how I have failed myself, I am slowly, slowly learning to notice this judgment and let it go.

I am learning to be gentle - with myself and others.

I’m also learning to have more of a sense of humor.

Like the time I searched for a hole puncher at four different hardware stores, only to hurriedly buy the wrong one. When I realized it didn't work, Arran gently laughed; he could tell I wanted to cry over that hole puncher.

Instead of getting mad at him for “laughing at me,” I smiled.

If I’ve learned anything over the course of planning a wedding, it has been the need for patience. All summer, I have been dealing with some version of the hardware store situation - again and again. Everything is a little bit harder than (I think) it should be. I have gotten a lot of practice at accepting whatever feeling arises, and then shrugging it off.

But yeah, I've felt mad. She's my maid of honor, and we've literally never talked about the details of my wedding. Not once. The few times we've actually talked in the past four months, it's been about one guy or another that she's seeing, or one of her work projects.

Whatever, I’ve learned to tell myself, that’s life.

Which brings us to Kristin, my maid of honor. Kristin and I were going to get our nails done, my bridal shower gift, before I went to work. Later that evening, we were going to walk over to the bridal shower together (“We’ll walk there,” she texts, “so don’t worry about the address”).

A half hour before we were supposed to get our nails done, Kristin texted me a complicated excuse that amounted to "I can’t make it." She’ll meet me at my work instead.

But then she doesn’t show up there, either, and I’m feeling a little silly in a party dress and heels, wondering if I should even bother curling my hair. I don’t know where I’m going, or who will be there when I arrive — the whole bridal shower had been thrown together last minute, and left entirely to Kristin.

Twenty minutes later, Kristin calls Suzy and asks her to walk me over to the restaurant. But Suzy doesn’t know where we’re going either, and so we go to the wrong restaurant before figuring out the right address and jumping in a cab.

When we arrive, forty-five minutes late, everyone is silent and looks grumpy.

“I just miss you,” I tell Kristin when she asks if I’m mad. “I miss feeling connected.”

Ever since I got engaged (some weeks after she and Rich split up, some months after her breakup with Dave), my relationship with Kristin has shifted. Before, we talked almost daily, mostly about sex, love, and romantic relationships, but also about our families, growing up, trauma, and recovery. Since I’ve gotten engaged, we’ve barely talked at all.

About three weeks before Arran proposed, Kristin and I sat together in her car, parked in front of my apartment. She clutched my hand. “Please don’t get engaged,” she said, “Not now.”

In that moment, I felt sorry for her. I don’t think she was entirely aware of what she was saying. I know that when we’re hurting, and scared, we sometimes think only of ourselves.

But yeah, I’ve felt mad. She’s my maid of honor, and we have literally never discussed the details of my wedding. Not once. The few times in the past four months that we’ve actually talked, it’s been about one guy or another that she’s seeing, or her latest project at work.

I get it. But still. I don’t feel seen and that hurts because the feeling is familiar.

At my bridal shower, Kristin casually asks for a plus one because the guy she’s currently seeing, who she refuses to refer to as her boyfriend, “says he wants to go.”

I tell her we turned in our numbers to the restaurant last week, which is true. “And besides,” I say, “that day, I’ll really need you.”

I think of how she is supposed to be sitting at the wedding table, literally at my side. We are not talking about a big wedding here - just 50 people exactly for a sit down dinner (no dancing). Unless a guest was married or had a significant significant other, Arran and I made it explicit that they were not to bring a date.

I tell Kristin she’s being paired that day with Arran’s single and incredibly available brother; that at no point during the day will she have any time to spend with a guy she’s told me numerous times she doesn’t even like.

I want to say: You are making an unreasonable request of me one week and two days before my wedding, and if we’d had even a single conversation about the event, you would know this.

But she’s gone. She has literally turned her back to me in anger, and everyone at the table is looking at us. And I am stunned, and embarrassed.

When the party’s over, Kristin and I ride the train home together in silence.

The next day, at the register at Urban Outfitters, there’s a bowl of pins formed into a ribbon, stamped in the center with the words: “you tried.”

Arran and I are there because I am buying a couple bralettes for the honeymoon. When I see the pins, I make a joke: “I ought to buy that pin for Kristin.”

The bridal shower was sort of a disaster, but hey! The flowers were pretty and the restaurant was a decent choice. You tried, here’s a ribbon for your participation.

We’re all just doing our best.

Today I know there is not just “one.” Feeling filled up on love requires a constellation of people coming together. Maybe it’s easy for some people, but in my life, the love I experience in my relationships - in my friendships, with my family, and in my soon-to-be marriage - is hard won. Among the things to be read at our wedding ceremony, Arran and I are having his brother recite my favorite quote, by James Baldwin: “Love does not begin and end the way we think it does. Love is a battle. Love is a war; love is a growing up.”

Not necessarily in this language, but Arran and I often ask one another: What is our part in the suffering of others? Over lunch, we talk about Arran’s work, which involves looking at graphic images of the bodies of Syrian children killed in chemical attacks. We talk about my friend Natalia, who committed suicide, and the last time I saw her. We discuss the option of allowing Kristin to bring a plus one.

I really dig this guy, I find myself thinking, and feel then, as I often do, such happiness to have found him. When I think about being married (not the wedding, which, at just one week away, fills me with worry) but the actual marriage... I feel really, really good. We are by no means perfect, but we are both dedicated to the practice of loving the people who matter, including ourselves and one another, no matter what.

Rain or no rain, I know: we’ll be alright.

If you like this article, please share it! Your clicks keep us alive!
Tags
becoming bride
marriage
Love
couples
wedding
bride
bridal