I'm Scared To Have A Baby 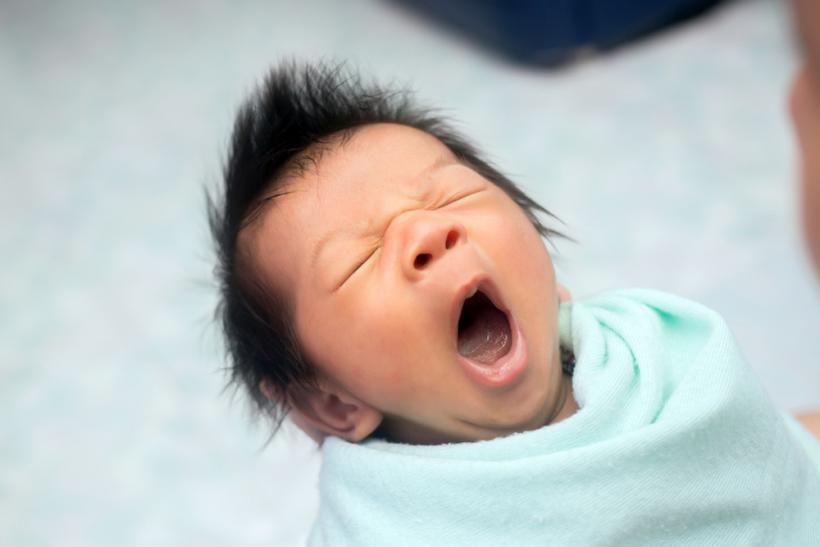 Here’s the funny thing about fear: half the time that thing you’re dreading never even happens. If it does, it’s often not the monster your imagination made it out to be.

November of last year, after a grueling procedure to remove an embedded IUD, I was warned by my gynecologist I might have trouble staying pregnant. Apparently, my uterus was scarred up from the migrating device and/or who knows what (In my twenties, I wasn't exactly the picture of sexual health). Picturing my uterus with the complexion of Freddy Krueger, and believing that as many as 75% of all conceptions miscarry, I prepared myself for what I imagined would be a difficult road ahead.

Then, this past January, I peed on a stick… and the test came back positive. Twelve weeks later, we were out of the statistical danger zone and looking at a grainy ultrasound image of our future kid.

Fantastic! What a relief! We were so grateful… for all of maybe five minutes. Then, cue a whole new crop of concerns! But seriously. Isn’t that how anxiety works? So, in my first trimester, I tried to get ahead of the freakout by inviting my real life mom friends to help me overcome some of my random fears.

What will this do to my body?

Go on, shame away. But as someone who’s always been a little too preoccupied with my diet and exercise, I was admittedly ambivalent about pregnancy. I was afraid having something growing inside me would feel weird — and, that first trimester, nauseous and fatigued, it did. Sure, I finally got the boobs I’ve always dreamt of. I also got cottage cheese thighs and a burrito belly weeks before it I was supposed to be showing. After gaining as much as forty pounds and pushing a cantaloupe out my vagina, I wondered: will my body ever be the same?

When it comes to finding balance, most moms I talked to said that you can’t. “Honestly,” says Christine, “There is no balance.”

Sure, some moms tell me that if you eat right and exercise before and throughout your pregnancy, it’s just a matter of keeping this a priority after the baby is born. Some of my friends even claim they’re more fit now than pre-pregnancy, thanks to breastfeeding, bicep curling a newborn and hauling the stroller around.

But pregnancy, most admit, takes some toll. Wider hips, sagging boobs and stretched skin — so what? “You gain new appreciation for your body because of the life that grew inside of it,” says Pauline. Am I ever going to get rid of the stretch marks? “Probably not,” Christine concedes, “but these are the battle scars of becoming a mom.”

I'm pukephobic. Will I really get over the fact that kids throw up?

True story: one of the things I really hated about working as an elementary school teacher was the constant threat of puke. When a kid so much as complained of a stomach ache, I’d literally banish them from my classroom out into the hall.

My friends assure me that when it’s my own kid, it’ll be different. For starters, they say, baby puke isn’t real puke. And even as the child grows older — and their puke becomes, er, realer — moms say I won’t be grossed out. Raluca promises, “When your baby pukes, the only thing you'll be worried about is the little one's health.”

Others say it’ll happen so often, I’ll become desensitized. Fellow puke-phobe Nancy confirms, “I hated puke. Within a few months, I was catching it in my hands.”

Never in my darkest nightmares could I imagine not running from the room at the sight of it, let alone catching vomit in my hands. Then, the other day at work (I teach creative writing to young mothers) I was holding my student’s baby while she was writing and guess what? You guessed it. All over my t-shirt. No big deal.

How do you find balance?

Probably the most universal concern for new mothers is maintaining some balance between family life and work. Never mind pursuing professional ambitions, how will I find time to make the money that pays the bills?

When it comes to finding balance, most moms I talked to said that you can’t. “Honestly,” says Christine, “There is no balance.”

“When I'm at home my work suffers and when I'm at work I'm missing something with the kids,” says Brea.

With two kids under three, Britni describes trying to find a balance as “the hardest thing in the world.” Also a freelance writer, she says she’s only beginning to admit that she needs to step back and not take on so many assignments. She won’t give it up completely, she says, “But my career will look different: a few regular gigs, work on my manuscript. And when they're older, I can go back to more.”

And when will I sleep?

“Get your sleep now!” is, as it was recently pointed out, not a very thoughtful thing to say to a pregnant lady. Lately, as soon as the lights go out, I feel a fluttering in my bump. My head swirls with questions, not to mention crazy dreams. I’m up every three hours to pee. I know that, as the belly gets bigger, finding a comfortable position will only get harder. This is all before a crying baby makes the scene.

“Nap while the baby is napping,” was probably my most often heard piece of advice. That, and that I’ll need to get used to relying on my husband to help me. For night wakings. Financially. To help clean up the puke. Basically, for everything. Parenting, my friends tell me, needs to be a team effort— and according to one study, 90% of fathers agree. Of course, it doesn’t have to be a husband or even a partner, every family is different, but a new or expecting mom needs a good support system.

I’m glad I’ve got mine, including momma friends who’ve been through it and are willing to dole out sage advice.

If you like this article, please share it! Your clicks keep us alive!
Tags
pregnancy
baby
newborn
fears
parenting
mother
motherhood
birth