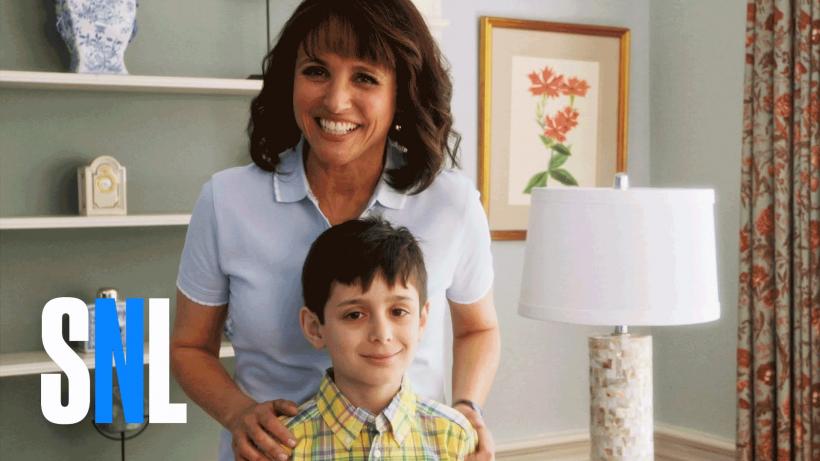 ...When parents are struggling with addiction, the impact their drug use takes on their family — and their children — is no laughing matter.

I don’t watch Saturday Night Live. I mean, does anyone watch it anymore? I feel like it ceased being relevant when Tina Fey and Amy Poehler jumped ship.

But this past Saturday night, I found myself doing a lot of things I don’t normally do — lying in a big, comfy hotel bed with my husband and flipping channels on the TV. We don’t have a TV in our bedroom at home and we were spending the night away from our child, celebrating our anniversary, so we were taking advantage of the luxury at our fingertips.

While scrolling through channels, Julia Louis-Dreyfus’ face popped up on our screen during her opening monologue, as she was hosting SNL. My husband and I both love her, so we stopped to watch. After her monologue, the show cut to their first skit of the night, a pre-recorded segment that was a mock advertisement for a product called “Heroin AM:” “For people who want to do heroin, but also be productive, there's Heroin AM.”

The “ad” features three adults who use the drug, all of whom are also parents. They’re shown sending their kids off to school with lunch, coaching their child’s soccer team, or playing with their kid at home. The theme is light-hearted, with a “joke” about injecting black tar heroin carrying too much stigma, and it describes Heroin AM as combining heroin, caffeine, and “a pile of cocaine.” It ends with Julia Louis-Dreyfus looking at the camera and saying, “I went from nodding off to nodding yes… to more heroin,” as it cuts away to reveal that she is a school bus driver with a busload full of children.

This ad is the furthest thing from funny. It’s not humor, it’s not satire, it’s just plain distasteful. Good humor punches up. But there’s no humor to be found in an issue that, according to the Center For Disease Control, killed 47,055 people in 2014. Of those over 47,000 people that died of a drug overdose, opiates — like heroin — were involved in 61% of those deaths. And their joke about mixing heroin and cocaine to stave off the drowsiness that opiates cause and allow for productivity? Many users already do that. Injecting a mix of heroin and cocaine is known as a speedball, and it can be incredibly deadly. In fact, SNL alums John Belushi and Chris Farley both died from overdoses of opiates and cocaine. Tell me what’s funny about that. I’ll wait.

Not only does this skit make light of heroin use, it implies that it’s parents who would be the target market for this “drug.” But when parents are struggling with addiction, the impact their drug use takes on their family — and their children — is no laughing matter. Children of addicts report anxiety, anger, and depression. They often have to act as the caregiver to their parent or other siblings, in age-inappropriate roles. They may be confused by a parent’s chronic absence or erratic behavior. They may be taken from their parent altogether and end up in the custody of the state.

I don’t want to live in a world that thinks it’s okay to laugh at the idea of a mother taking heroin and cocaine before getting her kids ready for school.

As an addict in recovery myself, I know firsthand how serious the illness really is. I have friends who used to get high around their children, and it’s one of their biggest sources of shame. The drugs didn’t make them a better parent, no matter what combination of substances they were on. Passing out during their child’s soccer practice wouldn’t be a joke, it would be one of the darkest moments of their lives and something that would humiliate their child for years to come.

All of the national attention that addiction has gotten in recent years is a good thing. It means that we’re having a mainstream conversation about finding help for those of us that need it and working towards solutions for an illness we still know so very little about. But making light of heroin use downplays the seriousness of its effect on the lives of those who are touched by the drug.

It’s one thing for addicts to joke amongst ourselves about the depths our disease has taken us to. For us, it’s a coping mechanism, and something that helps us relate to each other. It’s also a stark reminder of the places we don’t want to revisit. But for those jokes to come from the media we consume is a very different thing. I don’t want to live in a world that thinks it’s okay to laugh at the idea of a mother taking heroin and cocaine before getting her kids ready for school.

Making jokes about vulnerable populations at their lowest point isn’t edgy or subversive — it’s lazy comedy. I don’t know what I expect from SNL these days, but I definitely expect better than this.

If you like this article, please share it! Your clicks keep us alive!
Tags
Heroin
drugs
abuse
addict
mother