The Gender Divide Of Forgiveness 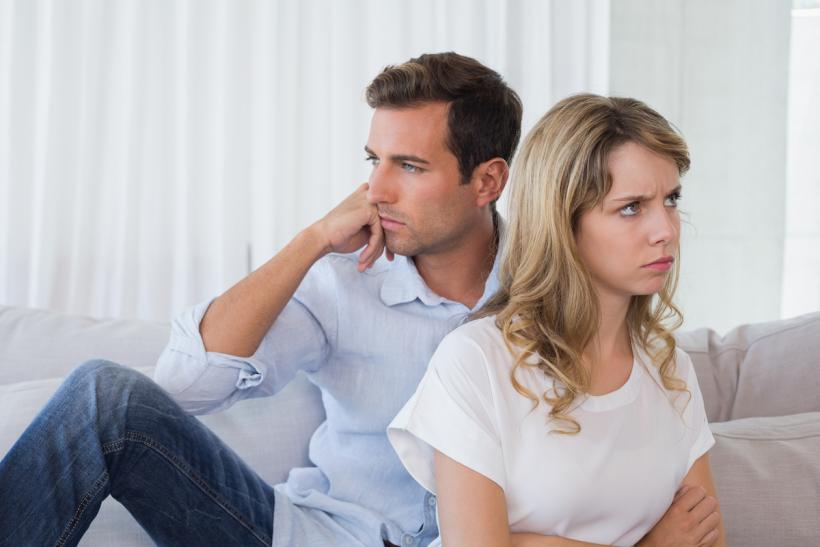 To forgive really is divine — for both genders.

Forgiveness is the cornerstone of most religious and spiritual practices; “to err is human, to forgive divine” is perhaps the most often repeated of the millions of quotes you can find about it.

We all make mistakes, great and small, and it is the hallmark of a good person to be able to own those mistakes and apologize sincerely for them. But when we have been wronged, it takes even greater strength and wisdom to forgive in earnest.

We all ultimately have to understand that whether or not the transgressor is capable of acknowledging the wrongdoing and making amends for it, that living in a place of bitterness and rancor only hurts the self.

Letting go and moving on is not a reward for the person who hurt you, it is self-care. Most people, at some point in their life, will lose a relationship due to divisive behavior. Whether you are the perpetrator or the victim, no one emerges entirely unscathed, no matter what the appearance is.

The most difficult type of forgiveness to muster, however, is for people we chose to continue to engage with; if we determine the offense was not a deal breaker, we then have to renegotiate the terms of the relationship. This is touchy, complicated work. To again trust someone we feel has betrayed us is one of the greatest challenges of intimacy; but without trust, there is no relationship worth fighting for.

To forgive really is divine — for both genders

“To forgive (is) divine” is hardly an exaggeration in many cases; we may look at marriages that continue in spite of infidelity, addiction, and other such challenges with a jaundiced eye, but the reality is that marriage is no one-size-fits-all proposition. We all have an idea of what marriage means to us, but it is hardly fair or correct to impose our standards on others. Marriage is, at the end of the day, a partnership, not a fairy tale; and partnerships come in all sorts of valid forms, as long as both parties agree to the rules of engagement.

It is difficult to stand outside of a nonconformist relationship without judgment, but that is what we must strive to do. Unless we suspect abuse, minding our own P’s and Q’s is the way to go. Better to focus on our own support system and clean our own house; are we living in relationships where resentment outweighs enjoyment? And do we understand the fine line between “forgiveness” and “enabling”?

There is a gender bias when it comes to male-female relationships where the dysfunction may cross a line into abuse.

If I told you that I knew a woman in a relationship with a man who doesn’t allow her to have a private e-mail account, who tracks her whereabouts on her phone when she is out running errands, and shows up at her workplace unannounced for no valid reason other than to check on her, you would categorically believe that he is unhealthily jealous, suspicious, and controlling, and may be a danger to her.

However, a woman who exhibits these same behaviors may get a pass as “insecure.”

Because we presume she poses no physical threat (a bizarre presumption in our gun-crazy country), we underplay how this lack of respect and trust wears on, at the very least, her partner’s psyche. Now let’s change the scenario: if the partner being stalked had previously been unfaithful? Most people would give the wronged party the benefit of the doubt, regardless of how crazy their behavior seems out of this context.

Holding your partner prisoner is an unsustainable imbalance and hardly an example of forgiveness.

He does, she does

And we also need to address the gender bias of forgiveness.

It is hard to deny that a woman who “forgives” an errant husband and keeps him on a short leash will generally be perceived as strong.

A man who does the same for his wife will be considered weak for both behaviors.

Both of these stereotypes have an equal chance of being wrong: many women hold on to men they don’t trust out of fear, and many men hold on to women who’ve betrayed them out of genuine love. Again, no one-size-fits-all.

But the most important distinction that must be made is whether or not reconciliatory behaviors are coming from a place of forgiveness or enabling. Handy guide: if you find yourself making excuses for your partner’s hurtful, dangerous, or disrespectful behaviors (“She’s just insecure”) then you are an enabler.

If you make your partner fully culpable for what they’ve done, but are able to feel compassion for their motivation and move past it (after addressing why it was not okay), that’s forgiveness. And never the twain shall meet.

Healthy intimacy is one of the greatest challenges of the human condition; even good relationships are incredibly complicated.

Trying to honor our personal truth while engaging respectfully with another person is damned hard work and can never be taken for granted. While the stereotype that women are more likely to be enablers than men may or may not be true, it is important to take a step back and consider how you are approaching the bumps in the road you inevitably face when you are part of a couple.

While in private matters the ability to take ownership for hurtful behaviors and apologize while conversely being able to extend forgiveness when your partner does the same is critical.

In more public scenarios, such as infidelity and addiction, it is important for both sexes to realize that making excuses to yourself and others about your partner’s behavior is enabling, a very slippery slope. When the forgiveness is sincere and encompasses a healthy understanding of the “why” without excusing it, it is always a show of strength, whether you are a man or a woman.

Men who genuinely forgive are not weak — they are divine.

And genuine forgiveness does not mean the relationship has to continue in the same format or at all. You can forgive someone sincerely while saying “I think it is best we go our separate ways.” This is not spite, it is wisdom.

The wisdom to accept that we all make mistakes—and sometimes our mistakes—can be doors to new paths.

If you like this article, please share it! Your clicks keep us alive!
Tags
gender divide
Relationships
forgiveness
the good men project