How Being Poly Saved Me From The World 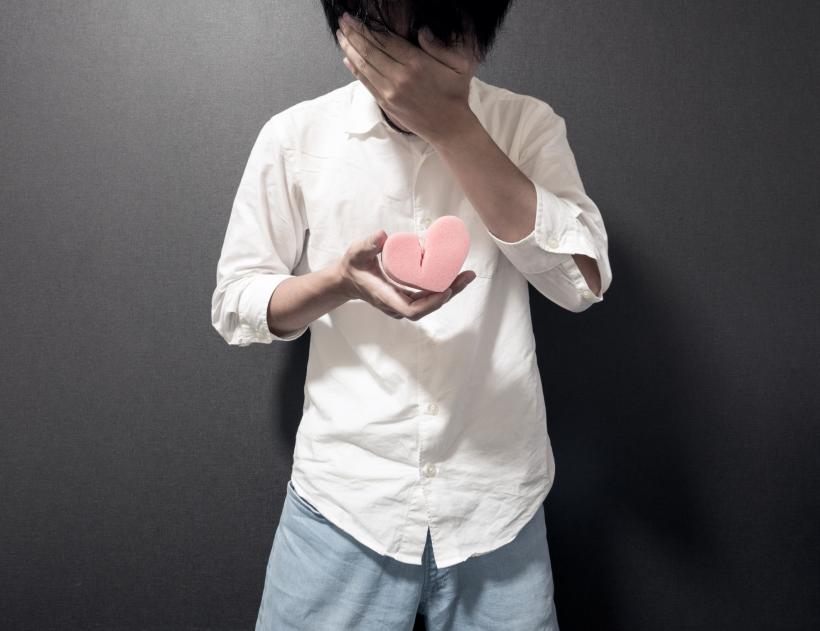 Love is not an all-consuming addiction to a person.

When I was young, I ate ravenously the fruits of the world — all poisoned and rotten as they were — and internalized the thirty-second soundbites of flashing screens, popular music, and hurled insults between my divorced parents. Unconsciously, the pits of those fruits sat like stones in my stomach. Goofily endearing reruns of Boys Meets World were relief from back-and-forth custody trips amongst the fractured lives I felt myself falling through. It took me a long time to try to love myself.

Love, as I saw it on TV screens and heard it from the mouths of the people around me, was an all-consuming, eternal addiction to a person. It came in a form known as monogamy and offered people the chance to not be alone. With youthful vigor, I took the seeds given to me in order to grow a garden of this love and became fiercely monogamous in the process. (The laugh track plays.)

It wasn’t until I’d stopped running from myself that I could more fully appreciate how plagued I’d been by normative systems, such as heteronormativity and compulsory monogamy, that compelled me to act against my own desires. With the hindsight of years, I see clearly now how the world teaches people at once to long for love and to fear it.

Largely because of the LGBTQIA community and feminists, many of us recognize that compulsory heterosexuality is the defective product of a system of oppression and control. I should have known this as a child when I was told in a myriad of ways that all the supposedly feminized care of boys that I exhibited needed to be cut out of me with viciousness. The isolation that it brought me to be unable to touch the boys around me in tenderness has become suffocatingly familiar.

What wealth I’ve surrendered I can hardly know. I notice, though, that I am washed over by the feeling of an ancient rediscovery whenever I watch women exhibit care for each other. It is a healing that haunts me.

When a person starts off their poly journey, it may be difficult to tell prospective partners that you are already seeing someone(s). You have to. Trust me.

These are simply the most immediate consequences of the way that monogamy assigns value, however. The history of compulsory monogamy, like the history of all coercions, is violent. Just as pertinent is the way in which this logic and language of possession code our reality today, so that phrases like “my boyfriend” or “my girlfriend” or even “my spouse” can come out as often as signs of ownership as signs of endearment.

Don’t get me wrong, being poly isn’t always easy.  In my experience, there are few things more awkward than standing next to your partner while one flummoxed friend asks why you are going home with your other friend and one-time fuckbuddy. In making the choice to be open to multiple partners, both romantically and sexually, I signed up for some awkward conversations.

Polysexuality can be filled with those kind of conversations. There is talking to your partner(s) about being attracted to someone else, the need to set boundaries around safe sex so that your relationship network is protected from STDs or STIs, and making sure that you don’t get so caught up in the fun of being with someone new that you start to neglect your other partners.

Of course, this level of communication must be used with prospective partners as well. When a person starts off their poly journey, it may be difficult to tell prospective partners that you are already seeing someone(s). You have to. Trust me. Even after doing that, a poly person is liable to find themselves trying to manage someone else’s potential jealousy and insecurities, which can be difficult in general, but especially if you do not feel like you have space in your life for multiple romantic relationships.

I’ve been there. Being poly doesn’t mean you always have the time or energy to balance multiple romantic relationships. It takes a certain wisdom to both be cognizant of that fact and willing to tell another person that you cannot offer them the kind of relationship that they might want. As difficult as this is, I’ve found the alternative to be far more shackling.

The systems of possession that are invisibilized in many of our lives facilitate the thieving of intrinsic knowledge. When I became poly (both polyamorous and polysexual), my unlearning taught me lessons that I knew all along. I remember, for example, that when you teach a person not to love, you teach them not to be free.

Both compulsory heterosexuality and monogamy stole my hands, albeit in different ways. One taught me that intimacy with men was to be feared, chased, and persecuted out of myself. The other taught me to do the same when it came to any emerging impulse towards physical or emotional intimacy outside of a singular, sanctioned lover. Compulsory monogamy distorted words like “committed” and “faithful” to mean nothing more than be willing to fuck only one person, and thus robbed those tenets of their potential beauty. In this way, compulsory monogamy taught me to fear my own love. In that, there is an undeniable violence.

It is odd to rail against monogamy at all, given that I took so much pride in it at one time — which seems to me now as perverse as if I took pride in my heterosexuality. My love affair with the heterosexual, monogamous concept of love meant that I was valued by someone when I was in a relationship. It meant, perhaps more than anything else, that my life had some immediate meaning.

As counterintuitive as it may seem, polyamory taught me to love myself by interrogating all of my insecurities. It helped me to manage jealousy through communication. It helped me realize that people don’t complete each other in the fatalistically co-dependent way I’d internalized. They support each other in mutually consenting partnerships that seek to be as self-aware and healthy as possible. day-to-day.

I learned that my love is as an ocean and must therefore drink from many rivers.

The idea that monogamy is either the natural or proper way to go about things is ethically contemptuous. These claims are as ahistorical and potentially limiting as they are assumptive signs of superiority. The poly community deserves far more respect and acknowledgement than that.

In my belief, alongside a reverence for Life and justice, love stands at the center of liberation. In this way, there can be no liberation for us if we are not freed from the need to bend our soul’s natural urges for the false comfort of others. Don’t run from yourself. Stand unbending.

If you like this article, please share it! Your clicks keep us alive!
Tags
poly
polyamory
LBGTQ
Relationships
Sex
Love
monogamy

How Being Poly Saved Me From The World
Willie Burnley Jr.