How Can I Help?: Acknowledging White Guilt, Privilege, And Feminism 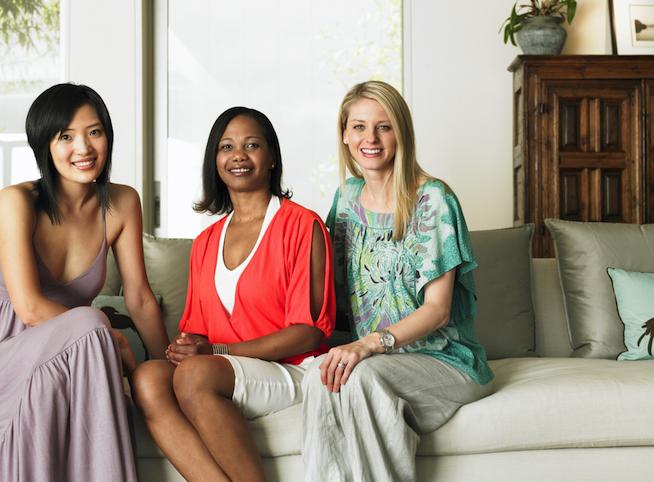 We're all in this together.

It didn’t matter what I thought I understood about white privilege. In that moment, I felt it deep inside.

“Don't get involved with the causes in mind

Every time I hear this song, I nod my head and think, “I can do better.” Then I read about the willful blindness of white feminism, and I worry. There’s no doubt I’m a White girl, and I proudly own my feminism after a hard-won fight to reclaim the term from people who taught me feminists are angry, judgmental, man-haters. Yeah, they’re out there, but they don’t represent feminism to me.

I think every change we experience, every inch of growth, and every new seed of empathy we find for our fellow human beings comes from a moment of clarity — one split second where we can imagine their story and feelings as our own.

To be sure, as a society, we can’t wait around for everyone to have these sparks of growth, and unfortunately, many people never will. Equality and a level playing field have to be legislated and required while bigots have to be shamed into silence as those of us with a voice try to change hearts and minds.

My journey to acknowledging my guilt and privilege while embracing my feminist view on the world has been a slow, winding trip — with no end in sight.

Years ago, I had a teacher that played a game with her class every year — all the children with brown eyes on one side of the room. Kids with eyes any color other than brown on the other side. I was one of two White faces in a group of Black kids. The other side of the room was mostly blonde hair and pale faces — no people of color at all. We joked and played around, curious about the split between us.

“All of the kids with brown eyes get to sit wherever they want, eat lunch first, and can have recess. Everyone else, you have to sit at the back on the floor all day.”

Shock rippled through the room. The Black kids cheered and pumped their fists in the air. I smiled, thinking the moment odd, but enjoying the special treatment. As you would expect, the other half of the room erupted into outraged cries of disbelief.

The teacher raised her hand for calm. “And now you know how it feels to be discriminated against simply because of the way you look.” There was more to the lesson, I’m sure, but that’s what sticks out in my memory. The kids in my group lifted their chin a little higher, daring their White counterparts to argue with the teacher. They knew the lesson very well, and they weren’t even 10 years old yet.

Years later, I would spend time reading as much as I could about my Native American heritage (small though it may be). I came away from the experience shocked and dismayed at the actions of White people in the name of progress — smallpox-infested blankets, alcohol handed out more readily than water, anything to prey on the weaknesses of an entire people forced to leave their home and endure unspeakable conditions.

My mother reminded me there was nothing I could do about the past other than to acknowledge it and never forget; the only control I had was over my own actions in the present and the future. I could sit around and be pissed or I could make sure I wasn’t part of the problem.

My understanding of my own white privilege took longer to feel so clearly. I’d like to think that if anyone had asked I could have acknowledged that, yes, I have had a smoother, easier ride in life thanks to the color of my skin, and that the systems of our country and what we consider the American Dream work better for me because of my whiteness. But knowing something and feeling it are two different things.

When #BlackLivesMatter went more mainstream, I came across an article written about Black mothers and how they teach their sons to deal with police officers.

These moms teach their children to speak, walk, and act in very specific ways that run completely counter to what I (and many other White mothers) have taught our children. I told my children the same thing I was told as a young child: Police officers are here to help. You’ll be safe with them.

But that’s not the reality for many children of color. According to these mothers, they teach them how to survive an encounter because they have no way of knowing if their sons will meet a good, honest police officer or one with strong bias and a hair-trigger temper.

I was horrified. Something I’d taken for granted my whole life simply wasn’t the same for entire section of our population. It didn’t matter what I thought I understood about white privilege. In that moment, I felt it deep inside.

Yes, I’ve benefited in life simply because of the color of my skin. Any problems I’ve faced as a woman are still easier by comparison to women of color. I acknowledge that fact with no hesitation.

I consider myself a proud feminist. Everyone, regardless of race, culture, gender, sexuality, or religion deserves equal treatment and equal access. What we do with it is up to us as individuals, but let’s start on a level playing field. At the same time, we have to acknowledge that women of color face different issues than I do as a White woman. The issues are deeper and wider than a simple gender bias, important as that may be to the issue of feminism.

So when I hear about “white feminism” I’m unsure what to do next. By the sheer fact of my skin color, I guess I’m a white feminist. I try to be a good ally for people of color — without inserting myself into experiences and stories that aren’t mine. I don’t want anyone left out of the journey for equality.

When I hear my view on feminism — the idea that we should all, regardless of skin color, culture, religion, gender, or sexuality, be free to live a life of meaning and freedom — is considered naive or that it doesn’t matter as long as people of color’s stories are being ignored or forgotten, I wonder what the right answer is.

Without derision or sarcasm, I want to know how to help. But I have questions:

What can I, as a feminist with full access to white privilege (unearned though it may be) actually do to help? Is it enough to be an ally? What does it really mean to be a good ally?

If feminism is about equality, my optimistic, idealistic hope for all people to have full access to life, liberty, and the pursuit of happiness covers everyone. I’m told that view only works for me because I’m white and have privilege. Can we share the vision of a world in which equality for all really means all, even if not everyone understands how to get there yet or how much work is involved? In the name of true equality, isn’t that what we’re striving for?

If you like this article, please share it! Your clicks keep us alive!
Tags
white guilt
white privilege
white feminism
feminism
women of color